For Our National Security, It’s Time for Climate Action 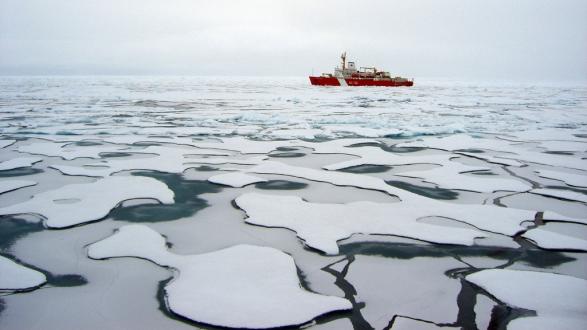 At this very moment, millions of individuals across Somalia, Nigeria, and the South Sudan are suffering from drought and famine. In recent years, the Philippines, a country in which the United States has invested heavily, has been devastated by typhoons and natural disasters. And not too long ago, Hurricane Sandy wreaked havoc along the Atlantic coast.

These events not only present environmental and humanitarian risks, they also create national security threats. While it may be difficult to attribute a specific event to climate change, it is not difficult to show carbon and methane pollution is causing a pattern of disruptions across the world. To ensure a strong defense and a prosperous future, it is absolutely critical that the United States address the connections between climate change and national security.

Carbon and methane pollution make it more difficult for our military to operate. Rising sea levels increase the risk of flooding at coastal military installations and temperature changes create greater demands for energy supplies, making it tougher for the military to execute its missions. At the same time, scarcer resources will lead to conflicts and humanitarian crises to which the military must respond.

To ensure a strong defense and a prosperous future, it is absolutely critical that the United States address the connections between climate change and national security.

The Department of Defense (DoD) under President Obama understood climate change and made tremendous strides towards addressing its national security implications. The DoD outlined the challenges of climate change and national security threats in its Quadrennial Defense Review. It has also taken action by investing in more energy efficient technology for military vehicles, increasing the use of renewable energy sources at bases, and improving the resiliency of its installations. At Los Angeles Air Force Base, where I serve on reserve duty, we became the first installation in the nation to start testing the potential of using electric vehicles to provide energy back to the grid.

One reason America has the best military in the world is because our military believes in facts and science. The DoD knows that it must deal with the reality of climate change to successfully protect our country. The Arctic ice will not stop melting if we close our eyes, nor will greenhouse gas emissions stop increasing if we simply stop talking about climate change. Crises resulting from the effects of carbon and methane pollution will continue to occur with increasing frequency and our military will be left to deal with them.

Throughout my career, I have advocated greater action on climate change. In the California State Legislature, I coauthored California’s landmark Global Warming Solutions Act, the first major law that mandated reductions in carbon and methane pollution. In Congress, I introduced legislation aimed at reducing carbon and methane emissions and improving energy efficiency. I also worked with my colleagues to bring attention to ExxonMobil’s campaign to deceive the public and its shareholders about the imminent dangers of climate change.

Crises resulting from the effects of carbon and methane pollution will continue to occur with increasing frequency and our military will be left to deal with them.

Democrats across the country from federal to state to local governments have embarked on innovative paths to combat climate change. But, just as national security cannot be treated as a partisan issue, solutions to deal with climate change cannot be led by only one political party. I am pleased that some Republicans, including President Ronald Reagan’s Secretary of State George Shultz and President George W. Bush’s Secretary of Treasury Henry Paulson, have urged action on climate change. The Trump administration and Republican legislators must work with Democrats to do the same.

The threat of climate change is here now. Addressing these threats will take serious commitment and cooperation by the United States government and nations across the world. The military already understands that climate change is real and poses national security dangers. The Trump administration and Congress need to stop the ideological fights and come together to act on climate.
____________________