One Year Since Crimea: Russia's Interests In Ukraine Run Deep 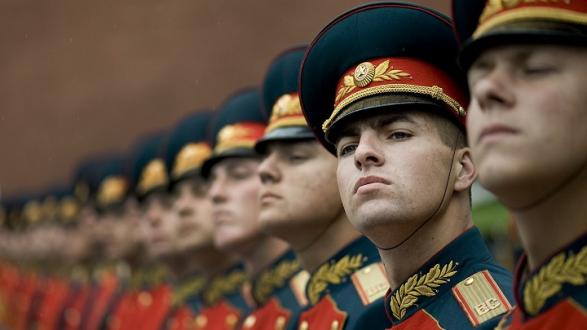 Russia’s euphoric and triumphalist celebration all this week, marking the one year anniversary of Moscow's annexation of Crimea, has already drawn crowds of people, national flags in abundance, and veterans marching in various cities. Meanwhile, Russia-backed militants continue their attacks in eastern Ukraine, testing the fragile truce between Kiev and the separatist forces. A year removed since Moscow’s foray into Crimea, there is little evidence that Russia is willing to back down or back out of its aggressive campaign in Ukraine. What often gets blurred in Moscow’s nationalist rhetoric is the fact that Russia’s economic and military interests in Ukraine run deep, making Russia’s pull out from Ukraine unlikely in the medium to long-term.

Russia’s interests in Ukraine are centered on energy, military, and domestic political considerations that run deep and will not be easily abandoned. While Russia has often cited support of its compatriots as its main motive, this is little more than a pretext for its greater ambitions in the region. Ukraine’s size, population, and geographic position that serves as buffer from and launch-pad to the West, have made it a strategic prize for the Russian imperial project for centuries. In fact Kiev first lost the remains of its autonomy to Russia as far back as the late 18th century. Over the past twenty plus years, despite independence from the Soviet Union and the Orange Revolution of 2004, Ukraine remained very much intertwined with its larger eastern neighbor. Ukraine’s energy market and pipeline infrastructure, Black Sea ports, Crimea’s naval bases, and industrial and military complexes have remained vital to Russia’s economy and security considerations.

Moscow’s greatest interests in Ukraine stem from the fact that Russian energy exports to Europe depend on Ukrainian territory. It’s no secret that Russia’s economy is greatly dependent on revenues from oil and gas exports. Through Ukraine runs Russia’s key Urengoy-Pomary-Uzhgorod gas pipeline and the Druzhba (Friendship) oil pipeline, transporting Russian energy resource to European markets. Gazprom depends on the European markets for some 80 percent of its piped gas exports. Half of that gas supply to Europe is piped through the territory of Ukraine. Eight European countries ‒ Italy, the Czech Republic, Hungary, Slovakia, Austria, Bulgaria, Romania ‒ get their gas from a pipeline via Ukraine. Thus, it’s critical for Russia to maintain control and influence over the Ukrainian territory, through which flows its most important export route, and on which its income depends.

The Ukrainian-Russian gas relationship directly impacts the fortunes of many insiders on both sides of this billion-dollar gas trade, which is often marked by lucrative kickbacks.

As the largest country in Eastern Europe, Ukraine has also been a significant market for Russian natural gas, oil, and nuclear fuel. In 2013, according to Gazprom, the Russian state gas giant sold nearly $11 billion worth of gas to Ukraine. This represented some 16 percent of Gazprom’s total gas exports and 17 percent of its respective revenues. Following the breakout of the war in Ukraine and a change of government in Kiev, in 2014 Ukraine cut its gas consumption by half, now purchasing Russian gas for less than $4 billion. The Ukrainian-Russian gas relationship directly impacts the fortunes of many insiders on both sides of this billion-dollar gas trade, which is often marked by lucrative kickbacks.

The Russian government policy planning papers leaked by the Russian independent Novaya Gazeta newspaper last month also emphasized Russia’s energy interests in Ukraine. The policy papers that have allegedly been shared with the Kremlin ahead of Crimea’s annexation, argued that in light of the changing political situation in Ukraine, Russia could not risk “losing not only Ukrainian market for energy sales but more importantly indirect control over gas transportation system of Ukraine. This will put under the risk Gazprom’s positions in Central and Southern Europe causing great damage to the [Russian] national economy.”

While Russia’s energy considerations vis-à-vis Ukraine is vital for the Russian economy, Russia’s military interests in Ukraine are also of paramount importance.

Since the start of the conflict, Ukraine’s own energy resources have been a tempting target. Ukraine’s eastern regions of Donetsk and Luhansk, which have been the hot-beds of conflict and separatism, are highly industrialized and have notable coal and iron ore deposits. Some 70 percent of coal in Ukraine is mined in Donetsk and Luhansk regions. Since the 2014 conflict erupted, Ukrainian coal from Luhansk has reportedly been taken out of the country and transported to Russia.

While Russia’s energy considerations vis-à-vis Ukraine is vital for the Russian economy, Russia’s military interests in Ukraine are also of paramount importance. These interests stem from the fact that Ukraine’s geographic position serves for Russia as a buffer from and a launch-pad to Western Europe and NATO countries. Ukraine’s Sevastopol and Crimea served as the bases for the Russian Navy and the Black Sea fleet. The annexation of these territories a year ago secured these interests for the long term. Likewise, following these annexations, Russia immediately seized rockets, ships, aircraft, tanks, and infantry fighting vehicles from Ukrainian military bases.
The military industry of eastern Ukraine has also been of importance to Russia. Moscow had long relied on Ukraine for the maintenance of its nuclear weapon rockets (SS-18) as well as its aircraft – all of which are located in eastern Ukraine.

Outside of energy and military interests, this week’s celebrations in Moscow demonstrate the personal triumph that a geopolitical victory in Ukraine has had and will continue to have for the leadership of Putin. In early 2014, pending Crimea’s annexation, Putin’s approval rating was 72 percent marking a three-year high, which continued to increase to 85 percent by the end of 2014 as Russia solidified its gains in Ukraine. Putin’s popularity is now at almost all-time high of 86 percent, surpassed only in 2008 when it reached 88 percent following the Russo-Georgian war. The approval ratings suggest that military victories such as in the Georgian War, the Crimean annexation, and at least for the time being in the conflict in eastern Ukraine bode well for Putin’s regime.

Considering Russia’s deep economic, military interests in Ukraine and the Kremlin’s domestic political considerations, optimism should be guarded regarding rhetorical promises of peace in Ukraine for the medium and long term. A year of Western sanctions has hurt the Russian economy but the costs have not been high enough in comparison to Moscow’s perceived strategic interests and benefits of maintaining control over Ukraine. Hence, the United States and the EU needs to develop a long-term unified strategy and limit Moscow from scoring easy wins in Ukraine – something that has been difficult to achieve over the past year since Crimea’s annexation. A long road to peace in Ukraine still awaits.

A version of this article originally appeared in The Hill's Congress Blog.