For the Next U.S. President, Middle East Peace Remains Key 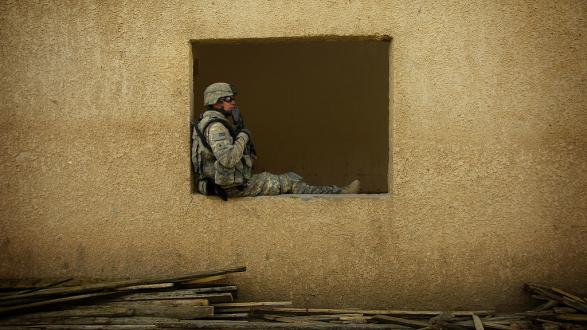 The 45th President of the United States must remain invested in the Middle East peace process, panelists told Pacific Council members during the opening plenary session at Members Weekend 2016.

Moderated by Mr. Scott Kraft, deputy managing editor at the Los Angeles Times, the panel featured Dr. Martha Crenshaw, senior fellow at the Freeman Spogli Institute for International Studies; Dr. Jerrold D. Green, president and CEO of the Pacific Council; and the Honorable Mel Levine, counsel at Gibson, Dunn & Crutcher LLP.  Together, the panel discussed what the next U.S. president’s priorities should be in the Middle East in the face of momentous chaos and strife in Syria, Yemen, Iraq, and elsewhere.

"The next U.S. president needs to know the whole, long history of problems in Middle East and needs to cultivate its relationships with allies very carefully," said Crenshaw. "We need stability in Syria. I would love to see a democratic Syria."

Green said the conflict in Syria is "a human tragedy that defies description. Many of us care about doing the right thing." Levine added that the stakes in Syria are "enormous" and wondered to what extent the next president will remain invested in the peace process.

The panelists also discussed the changing role that Turkey inhabits in the region. Green said Turkey has "moved from an ally to part of the problem in the Middle East." He added that there’s "a new bromance between Putin and leaders of Turkey, Israel, and others. We need to be thinking about Russia."

At this point, Crenshaw said, "Turkey’s chances of joining the European Union are pretty near zero."

"Syria is a human tragedy that defies description."

Green said one of the most effective instruments against ISIL is the Peshmerga and the Kurds, but Dr. Crenshaw pointed out that Turkey doesn’t like that the United States supports the Kurds in Iraq. Indeed, as the Iraqi army attempts to retake the city of Mosul from ISIL, the presence of Turkish troops in the north threatens to derail the offensive.

On the subject of the Israel-Palestine conflict, Levine advised Israeli leadership to not favor one U.S. political party over the other, as he said Prime Minister Benjamin Netanyahu is currently doing. Levine’s advice to the next U.S. president is to continue to pursue a two-state solution between Israel and Palestine.

On the Iran nuclear deal, Green said that according to all officials in the know, Iran is complying with the deal.

"In theory, the United States likes democracy in the Middle East," said Dr. Green. "In practice, we like stability."

Members Weekend highlights the work and expertise of the Pacific Council community of members and partners. Take a closer look at this year's event, and read all Members Weekend analysis now in our Newsroom.