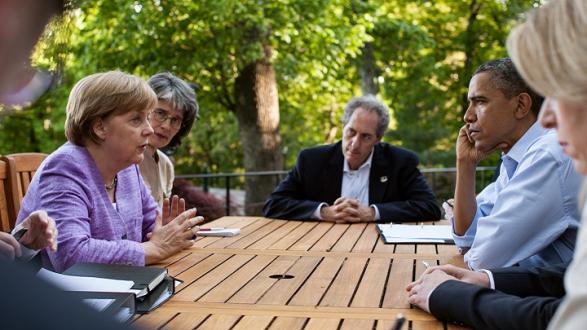 Much has been made of the crisis in Ukraine as a breakdown in relations between Russia and the West. Less noted is how renewed tensions with Moscow have changed strategic relations within the West.

First and foremost, the heightened security threat from the East has shifted European attentions. Media attention is now more focused on Russian adventurism in Ukraine, having all but forgotten Edward Snowden’s show-stopping NSA revelations. Whereas press coverage of the NSA scandal fueled anti-Americanism across Europe, coverage of Russia’s annexation of Crimea reminds Europe why the Atlantic alliance still matters.

As a result, NATO is looking less like a luxury and more like a necessity, especially for countries on Europe’s eastern frontier. Poland and the Baltic states – Estonia, Latvia and Lithuania – place high value on the promises made at September’s NATO summit in Wales, including an expansion of NATO troop rotations across the region and the creation of a Very High Readiness Joint Task Force capable of deployment to trouble spots within hours. Indeed, Warsaw is pressing for this Joint Task Force to be in place by the next meeting of NATO’s leaders, which will be hosted in Poland in 2016.

But the crisis in Ukraine has not only renewed European fondness for the American security guarantee; it has also seen Europe – led by Germany – emerge as the West’s leading interlocutor with Moscow. Once the option of a military response to events in Ukraine was taken off the table – which President Obama wasted no time in doing – the confrontation with Russia rapidly devolved into a contest of economic might. On that front it is Europe, and especially Germany, that holds most of the cards.

Whereas press coverage of the NSA scandal fueled anti-Americanism across Europe, coverage of Russia’s annexation of Crimea reminds Europe why the Atlantic alliance still matters.

This may come as a surprise to some. Most Americans believe that Washington has led the way in terms of imposing economic sanctions on Russia and that Europe’s response has been relatively weak. Although Washington did act relatively quickly, it is Europe, not the United States, that has borne the lion’s share of the costs of imposing sanctions. Moreover, it is Europe’s willingness to absorb these costs that has most confounded Russian President Vladimir Putin.

From Putin’s perspective, the biggest surprise of all has been Germany. When push came to shove, Putin believed the Federal Republic’s commercial interests would prevail over its foreign policy interests and German exporters would nix any move towards biting sanctions. But Chancellor Merkel’s joint press conference with President Obama in Washington on May 2 burst that bubble.

When Merkel took the podium that day, the European Union (EU) had already imposed an initial round of sanctions in the wake of Crimea’s annexation. Russia had answered by stepping up its support for insurgents in the Donbas, putting the country’s May 25 presidential election at risk. Against this backdrop, Merkel quietly announced that if the election was not permitted to go forth, the EU would have no choice but to impose significantly enhanced sanctions, targeted not at individuals but entire economic sectors.

The crisis in Ukraine has not only renewed European fondness for the American security guarantee; it has also seen Europe – led by Germany – emerge as the West’s leading interlocutor with Moscow.

Merkel’s remarks, delivered in measured tones, did not make for great television; but even if the U.S. media missed out on the underlying story, Putin did not. Within hours he reversed his previous course, signaling support for the Ukrainian elections to proceed. Nor was this another instance of the Russian president saying one thing and doing another. Merkel’s red line was honored: the May 25 election did indeed go forward, resulting in the election of Petro Poroschenko. Just two weeks ago, parliamentary elections were held, again without incident. The result is a new legislative majority keen on supporting Poroschenko’s pro-reform agenda.

Germany’s role in this should not be underestimated. It took some gumption for Merkel to make that declaration in Washington. She had not cleared her remarks with the EU’s High Representative for Foreign Policy, Catherine Ashton, nor consulted with the Union’s 27 other heads of state and government. Instead, she led from the front, putting Germany’s own foreign policy credibility at stake. Fellow Europeans dutifully followed: London, Paris, and the EU’s own complicated foreign policy apparatus each quickly ratified the Chancellor’s announcement.

Germany’s actions have turned the traditional debate about burden-sharing within the Atlantic alliance on its head.

Why was the rest of Europe prepared to follow Germany on this issue? Because Merkel put her money where her mouth was. Just last week the German trade ministry announced that bilateral exports to Russia were down 24 percent from August 2013 to August 2014, due in large part to the EU’s sanctions. This is not loose change for a country that relies heavily on exports to fuel economic growth. But Berlin shows no sign of flinching: they are actively considering additional sanctions should Russian interference in Ukrainian affairs accelerate.

Germany’s actions have turned the traditional debate about burden-sharing within the Atlantic alliance on its head. Throughout the Cold War, U.S. authorities fretted about the unequal division of military costs within the Atlantic alliance. The defense of Europe was an expensive proposition, and most of that expense was borne by American taxpayers. One U.S. administration after another pleaded for European governments to either spend more on their own defense or compensate Washington for expenses incurred on their behalf.

The burden-sharing debate was always most intensive between Washington and Bonn, the capital of divided Germany’s western half. The West Germans were the most prosperous of America’s European allies, and the most exposed to the Warsaw Pact. On the face of things, that combination might well have led the Federal Republic to become the leading U.S. military ally in Europe. But guilt about the country’s past military involvements, together with the prospect of eventual peaceful unification with the nation’s eastern half, resulted in a different outcome: Germany became an economic superpower while remaining a defense midget, and that in turn led to perennially strained relations with the United States.

Bilateral discussions about burden-sharing were a constant irritant in transatlantic relations and generally accomplished little. European leaders rightly reasoned that America remained in NATO not as an altruistic gesture but because it served U.S. interests to do so. Washington was therefore unlikely to walk away from its NATO partners because of squabbles over a few billion dollars.

This brings us back to September’s NATO summit in Wales. On route to that meeting President Obama visited Estonia, where he said exactly what his hosts wanted to hear: that American commitment to the alliance was unshakeable. Help, he promised, was on the way. But the promises made in Tallin and repeated in Cardiff – for increased troop rotations and the creation of a Very High Readiness force – will be expensive to implement. No wonder governments from Lithuania to Poland wonder whether the President’s fine prose will translate into action.

The question is: who will pay for this increased military commitment? Many European governments are still reeling from the Eurozone debt crisis and are in no position to assist. The German economy came out of the debt crisis performing relatively well but is now suffering from the effects of the EU’s sanctions policy – a policy its own government has taken the lead in formulating. They, too, will be reluctant to pony up.

The prognosis: another round in the perennial burden-sharing debate is about to begin. But this time, with our European partners already bearing the brunt of efforts to isolate Moscow economically, don’t hold your breath for substantially increased European contributions to NATO. Instead, be prepared for the White House to approach the newly Republican-majority Congress with a significant appropriations bill. The President will need it in order to rebalance the transatlantic scales.