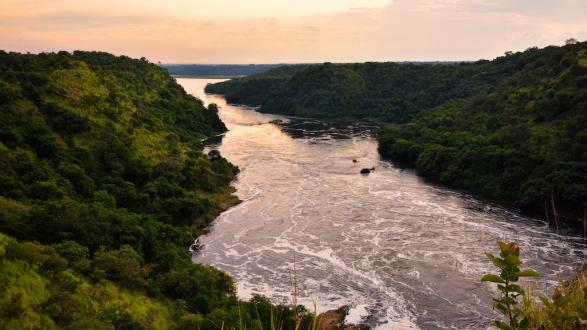 As Egypt, Ethiopia, and Sudan continue their historic negotiations over the filling of the Grand Ethiopian Renaissance Dam being built near the source of the Blue Nile, we are reminded of the grave stakes involved when countries share water resources.

Water researchers have seen that communities around the globe can respond in remarkably creative and various ways to the challenges of drought, flooding, and increasingly aggressive cycles of wet and dry weather. The needs of the Taklamakan Desert’s nomadic population differ greatly from those of Beirut’s residents, but each of those regions has responded with ingenuity and alacrity to water crises in recent years.

While each region and each community must tailor its water-security strategies to its own resources and needs, a similarly localized approach will not do for transborder water issues.

Nearly 3 billion people rely on water sources shared by two or more countries. Roughly 276 transboundary river basins alone account for more than half of our freshwater supply. Yet only a third of these are managed jointly in any sort of duly negotiated system of cooperation among neighboring countries.

More than 150 years ago, the First Geneva Convention was ratified by 12 nations in response to the horrors of the Italian Wars of Independence. It took two world wars, countless new atrocities, and three more treaties to confirm the world’s abhorrence of what we now consider to be war crimes.

The Geneva Conventions are above all responses to an ethical crisis. Climate change represents an existential one, and it does not allow us a similar span of 85 years to declare as a species our intent to step back from the brink. The time has come for a comprehensive, globally adopted framework for managing shared water resources.

Transnational management of the Nile, for example, is nonexistent. Egypt points to treaties dating back to its years as a British protectorate and to agreements with Sudan, through which the Blue Nile flows on its way from Ethiopia to Egypt.

Two international treaty frameworks do exist. The UN Watercourses Convention was adopted in 1997 but did not come into force until 2014. On its merits, the Convention is a promising framework for the mutual management of shared watercourses, but certain of its provisions—particularly those requiring equitable and reasonable utilization of water resources and enjoining countries from managing water resources in ways that do harm to others—were contentious enough that only 36 countries, none of them in the Nile Basin, have become parties to the Convention.

Egypt’s long-standing concerns over the possible reduction of the Blue Nile’s water volume are dramatically underscored by the imperfectly known effects and existential threat of climate change.

The UN Economic Commission for Europe’s Water Convention establishes a common understanding of both management and conservation issues and of the resolution of conflicts surrounding transboundary waters. But its provenance may still be a liability: it was not until 2016 that all UN Member States were invited to join the convention. Like the UN Watercourses Convention, the UNECE framework has steadily gained signatories: to date, two countries, Chad and Senegal, have joined the UNECE Convention since it was opened to the world.

Local water management treaties and agreements do of course flourish. The most notable of these are intended to provide for a united response to natural disasters, and for mutual efforts to prevent them. The International Sava River Basin Commission, for example, has successfully improved flood prevention and conservation efforts through the joint efforts of Slovenia, Croatia, Bosnia and Hercegovina, and Serbia.

Such agreements are heartening examples of international collaboration on water management issues, but they differ in one crucial respect from the negotiations surrounding the Nile basin. Where efforts like the Sava commission seek to mitigate the effects of historically known dangers like flooding, Egypt’s long-standing concerns over the possible reduction of the Blue Nile’s water volume are dramatically underscored by the imperfectly known effects and existential threat of climate change.

The demands of Egypt’s rapidly growing population and the associated contamination of the Upper Nile alone have taken their toll on a river whose economic and cultural value to the country are inestimable. Climate change has greatly exacerbated these factors: rising sea levels have led to incursion of saltwater into the Nile Delta aquifer, and the increased frequency of hot and dry years is already beginning to amplify the damage done by population growth.

We need a new model for transboundary water management, one that successfully balances various uses of shared watercourses while emphasizing the need for increased water resilience.

If those talks result in a workable, equitable treaty whose terms are accepted in good faith and enforced diligently, more will have been accomplished than the promotion of peace and the just provision of our most important natural resource. We will have added a new model for transboundary water management, one that successfully balances various uses of shared watercourses while emphasizing the need for increased water resilience.

Perhaps more importantly, the signatories will have proven on a regional scale what the Paris Accord has only partially proven on a global one: that countries with differing needs and sometimes antagonistically opposed motivations can recognize and respond to the challenge of climate change.

As a model for both transborder water management and unity in the face of global environmental catastrophe, such an agreement would resemble the first Geneva Convention: geographically limited and worthy of amendment, but an undeniably compelling start to an effort so necessary and just that it eventually changes our understanding of who we are.

To learn more about transboundary freshwater resources, sign up for a Massive Open Online Course on Governance for Transboundary Freshwater Security. Coordinated by the Global Water Partnership and with contributions from leading organizations, the course will take a nuanced approach by looking at transboundary governance, as it relates to law, negotiations, management, geographical and biophysical constraints, and sustainable financing mechanisms. Sign up here.

Lauren Nicole Core is a Pacific Council member and a consultant at the World Bank.