Kashmir: A Path Forward for India and Pakistan? 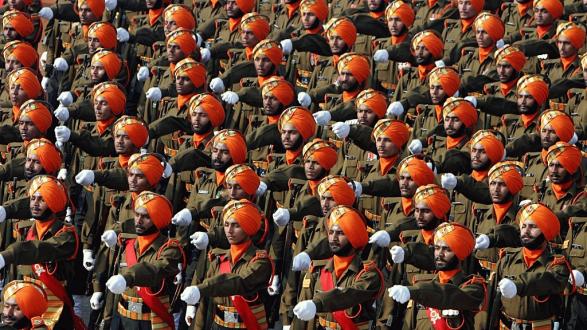 The dispute between India and Pakistan over Kashmir has been a source of violence and conflict for much of our living memory, with implications for both countries’ foreign policies, internal politics, and national identities. In February 2019, a suicide attack in the Pulwama district of Kashmir provoked notable military responses from both sides. While other global events dominated the international conversation at the time, the event marks a significant escalation of activity from two of the world’s nuclear powers.

As part of the first event in the Pacific Council’s 2019 Summer Teleconference Series covering territorial disputes, Atman Trivedi, managing director of Hills & Company, moderated a conversation between Dr. Sameer Lalwani, senior fellow and director of the South Asia Program at the Stimson Center, and Dr. Aparna Pande, director of the Initiative on the Future of India and South Asia at the Hudson Institute.

Kashmir, Trivedi said, has been a “major world flashpoint” of tension since even before the 1947 Partition of India following independence from the British Empire, which resulted in the separate countries of India and Pakistan. Three wars have been waged over the disputed region of Kashmir—in 1947, 1965, and 1999—and anti-India insurgencies have rocked the region since 1989.

The conflict is also significant because India and Pakistan are heavily divided along religious lines and the Indian-administered Jammu and Kashmir is the only Muslim-majority state in India, noted Trivedi. “Kashmir isn’t just a bilateral dispute between India and Pakistan—it’s a multi-ethnic region with a number of parts, whose residents have distinct political aims and practice different religions.”

The recent attack in early 2019, he continued, “lit [a] fuse” in an already-tense conflict. Pande and Lalwani discussed how divisions and the region’s history preceded February’s escalation and have been reflected in the foreign policies and bilateral relations of India and Pakistan, in addition to both countries’ current political landscape and prospects for conflict resolution.

“Kashmir isn’t just a bilateral dispute between India and Pakistan—it’s a multi-ethnic region with a number of parts, whose residents have distinct political aims and practice different religions.”

Pande provided a big-picture overview of relations between the two countries and viewpoints from both New Delhi and Islamabad. The dispute over Kashmir, she said, is one of several legacies of the 1947 Partition that continues to be felt in both countries 72 years later. Despite 45 high-level meetings and several signed agreements, conditions have not changed much over this period.

The tension that has persisted through the decades has impacted Pakistani and Indian foreign policy, Pande added. While Pakistan has framed its foreign policy around Kashmir and the “unfinished business” of partition, there is a consensus in India that better relations with Pakistan would be beneficial. However, anti-Pakistan sentiment especially following the 1999 Kargil conflict and the 2008 terror attacks in Mumbai has marred attempts to foster a constructive India-Pakistan dialogue.

A significant driver of disagreement between the two countries relates to the very framework that would be used as a backdrop for resolution of the Kashmir dispute. In 1957, the United Nations Security Council had issued a resolution (Resolution 122) stating that the fate of Kashmir would depend on the “will of the people” demonstrated through a democratic method. Pakistan, Pande noted, has been firm in the belief that India should recognize the UN’s statements.

India, however, disagrees and has taken the position that Kashmir acceded during Partition and that successive elections over decades show that the people of Kashmir want to be part of India. Furthermore, India views the dispute over Kashmir as strictly a bilateral issue between them and Pakistan, and not an international issue under the jurisdiction of the UN. India prefers that the overarching framework for resolution of the issue be the Simla Agreement signed in 1972, which stipulated that both countries would settle differences peacefully through bilateral negotiations.

“India and Pakistan know that good relations would benefit them, but there are reasons why this knowledge has not [converted] in 72 years into positive engagement and a workable strategy.”

In addition to an ongoing dispute over the documentation that would lay the foundation for negotiation, Pande also mentioned the role of terrorism in furthering the conflict. Unable to maintain parity with India on a military front, groups within Pakistan favored asymmetric warfare, or terrorism, she said. Two jihadi terror groups with links to Pakistan operate within Kashmir, and events like the 2008 attacks in Mumbai continue to dampen prospects for resolution of the conflict.

Building on Pande’s context, Lalwani laid out a timeline of the February 2019 attack in the Pulwama district and the escalation that followed. While the details are “murky” and facts are difficult to come by, sources say that on February 14, a vehicle suicide attack on paramilitary transiting through Pulwama killed about 40 people. A local Kashmiri individual claiming affiliation with a Pakistan-based terror group later posted a video declaring involvement with the attack, Lalwani said.

The response from India was initially a strategy of political and economic isolation toward Pakistan, but after 11 days the country executed airstrikes on Pakistani territory. Lalwani contributed context around the significance of this action, as it constituted the first military action taken on direct territory in 50 years.

What followed was an airstrike carried out by Pakistan on the Indian side of the disputed region, which lured an Indian combat patrol fighter to Pakistani territory. The pilot was captured, but released within 48 hours. India also claims to have shot down a Pakistani F16 in addition to shooting down its own transport helicopter, killing six.

“The end result is that no major war occurred, but similar to the way parents talk to their children about math equation[s], you don’t just want the final result to be correct, you want to make sure the work and the process is also correct.”

“Why does this matter?” Lalwani asked. The world watched these events unfold with “bated breath” because although India and Pakistan were clashing on conventional platforms, the fact that both countries are nuclear powers brings the risk of consequential escalation. While both sides made poor strategic assessments and the clash did not lead to a major war, high risk on both sides remains.

“The end result is that no major war occurred, but similar to the way parents talk to their children about math equations, you don’t just want the final result to be correct, you want to make sure the work and the process is also correct,” Lalwani said. “In this case, a close look at the process and decision-making and assessment reveals some really high risks being taken on both sides, which is what concerns a lot of people around the world and particularly in the United States.”

Overall, Lalwani noted that the February 2019 events were a departure from past conflicts between the two countries for several reasons. First were political reasons at play—both countries took purposeful efforts to escalate the conflict to appeal to domestic constituents, which surrendered both sides to risks and miscalculations of the other. Second, India’s inability to succeed in conventional combat raised eyebrows—even though it is typically seen as a victor in the military space, Lalwani said, this clash looks much more like a draw.

In the following discussion, Pande, Lalwani, and Trivedi were all in agreement that this constituted an “unprecedented escalation” between India and Pakistan in the conflict over Kashmir. Pande added that through both sides’ actions they succeeded in sending an important message to each other. Moreover, the fact that the situation did not lead to further violence deserves some credit, as the tit-for-tat was made up of proportional responses from both sides. “Can you always maintain that? You can’t. It is very difficult,” Pande said.

“In this case, a close look at the process and decision-making and assessment reveals some really high risks being taken on both sides, which is what concerns a lot of people around the world and particularly in the United States.”

Is political cooperation between India and Pakistan likely? Despite the significance of February 2019 and changes in approach by members of the Pakistani government, Pande does not foresee significant bilateral progress in the near future unless the issue of terrorism is addressed.

Political changes have also recently taken place within India with elections held earlier this year. Atman noted that national security was an important topic that played into the popularity of re-elected Prime Minister Narendra Modi. Foreign policy, he continued, is not a frequently-discussed issue within election campaigns except with regards to Pakistan.

In the recent elections, some saw Modi as a politician who would be “standing up to Pakistan.” Also significant observations of the political environment in India are a rise of Hindu-nationalism within the country and continued debate over existential questions of whether India is a secular or Hindu state.

A localization of terrorism within Kashmir in response to the political environment will likely impact potential cooperation between the two countries, added Lalwani. As disenfranchisement and discontent grows within the valley, including negative reactions to the redrawing of the state assembly constituencies (Lalwani compared this to gerrymandering in the United States), local recruitment of militants grows with it.

Internationally, China and the United States were identified as influential to India-Pakistan relations. Pande sees that other countries may be able to convince Pakistan to take action on terrorism to bring India to the negotiating table. China’s relationship with Pakistan may become significant, but Pande and Lalwani only see China being influential if sufficiently motivated to get involved in the conflict. Despite the international ramifications of the conflict over Kashmir, resolution ultimately comes down to India and Pakistan.

Pande reiterated that she does not see much of a prospect for cooperation due to a lack of incentives to alter their current stances.

“My fear is that there is no incentive on either side to change the policy they have,” she said, “because both sides see that they are able to manage it as it is. And so neither side has an incentive to break the cycle.”

“My fear is that there is no incentive on either side to change the policy they have. Because both sides see that they are able to manage it as it is. And so neither side has an incentive to break the cycle.”

As a dispute that has remained heated for more than half a century, both India and Pakistan are unlikely to part ways with the territorial and geopolitical significance of Kashmir. As Lalwani noted, the issue is connected to a “tyranny of sunk costs”—both India and Pakistan have dedicated considerable effort to their causes and have formed narratives around them that continue to fuel the actions of both countries. The escalation seen in February 2019 did light a fuse in the tension and was significant in its implications, but may not change the trajectory of the conflict for the foreseeable future.