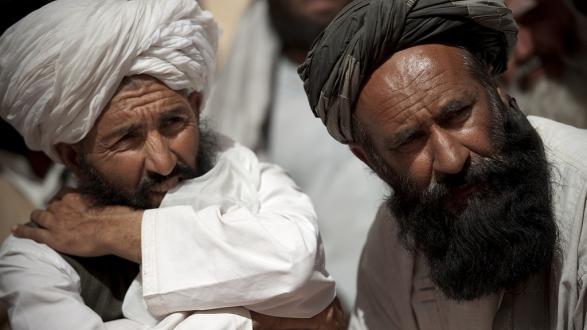 Chairman of the JCS

Donald Trump, during the 2016 campaign and as president, has promised to eradicate the Islamic State (ISIL). He might be tempted to soon proclaim "mission accomplished," but that would be as premature as was President George W. Bush’s similar boast about the Iraq War.

ISIL finds itself in a meat grinder as U.S.-backed Iraqi forces continue their months-long offensive to pry Mosul, Iraq’s second-largest city, from the grip of ISIL. They are gradually doing so, although at great cost to the civilian population, which is being left with rubble rather than a home. Although ISIL has suffered substantial casualties, many of its fighters have gone to ground and will pop up later in Mosul or elsewhere. They are being subdued, not eradicated.

After Mosul, the focus will shift to Raqqa, Syria, ISIL’s self-proclaimed capital, where the terrorist insurgents are so well ensconced that dislodging them will require a much larger American presence, which will probably mean American casualties. Even with this effort, which might include U.S.-Russian military cooperation, the liberation of Raqqa will be exceptionally bloody. The fighting will decimate and scatter, but not eradicate, ISIL.

To prove its mettle and survival, ISIL under siege is likely to turn its attention to terror attacks abroad, mostly in Europe but perhaps even in the United States. As numerous ISIL ventures have shown – such as last summer’s truck massacre in Nice, France – it doesn’t take much to produce horrific violence. Such attacks will show the world that even after Mosul and Raqqa have fallen, ISIL may be wounded, but not fatally so.

Meanwhile, with many in the West savoring the damage done to ISIL, an even more formidable player will be picking up the pieces – recruiting surviving ISIL fighters and courting civilians who agree that Americans, Russians, and their friends should be expelled from Muslim lands. Al Qaeda has been watching the demise of ISIL and waiting to reemerge as the leader of those who will embrace terror to violently disrupt the Arab and larger worlds.

Al Qaeda has been smart. It has allowed ISIL to absorb the fury of those it has victimized, near and far. Al Qaeda has lowered its profile and invited local militias and others affiliated with ISIL to shift their allegiance to the organization founded two decades ago by Osama bin Laden. While ISIL has been attracting headlines, al Qaeda has been strengthening its network of affiliates such as al Qaeda in the Arabian Peninsula, Al Qaeda in the Islamic Maghreb, al Qaeda in the Indian Subcontinent, and others. During the past several years, al Qaeda has not engaged in the spectacular overseas terrorism that made it infamous. For now, it can coast on its reputation for the 2001 attacks on the United States while not attracting the military punishment that ISIL has incurred.

This relative quiet is temporary. Ayman al Zawahiri, bin Laden’s successor as al Qaeda’s leader, remains committed to devastating attacks on infidels in their homelands, inflicting as much pain as possible and luring Western forces – particularly those of the United States – back into the killing zones of the Middle East. Al Qaeda plans to establish its own caliphate with a governance system that is even more sophisticated and pervasive than the one ISIL created.

While ISIL fights and dies, al Qaeda builds. If it establishes the foothold it seeks, al Qaeda will soon turn to again planning attacks across the globe. President Trump seems to think that eradicating ISIL will mean eradicating terrorism. He is wrong – dangerously wrong.

Philip Seib is a professor at the University of Southern California’s Annenberg School. His book, As Terrorism Evolves, will be published by Cambridge University Press in late 2017.