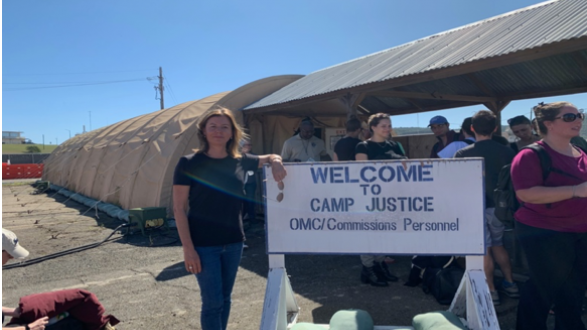 As part of the Pacific Council’s Guantánamo Bay Observer Program, I traveled to Guantánamo Bay, Cuba, in January 2020 to attend the 9/11 military pre-trial hearing of alleged plotter and mastermind Khalid Sheik Mohammad and four others charged with assisting in the 9/11 attacks: Walid bin Attash, Ramzi bin al-Shibh, Ali Abdul Aziz Ali, and Mustafa al-Hawsawi. Pretrial hearings have been ongoing in Guantánamo Bay since 2008. The trial itself is scheduled to begin in January 2021, nearly 20 years after the 9/11 attacks.

I was among 13 NGO observers from numerous organizations. Media outlets including Al Jazeera, The Guardian, the Los Angeles Times, and The New York Times were also present in order to cover this historic hearing along with many family members of the 9/11 victims.

It was an eye-opening experience to be an observer. Defense attorney for Ali Abdul Aziz Ali, James Connell, met with the NGOs and media the evening we arrived on January 18. He explained the current status of pretrial hearings and what we could expect in the days to come. Chief Defense Counsel General John Baker met with the NGOs on Martin Luther King, Jr., Day to give background on the upcoming trial and military commissions. 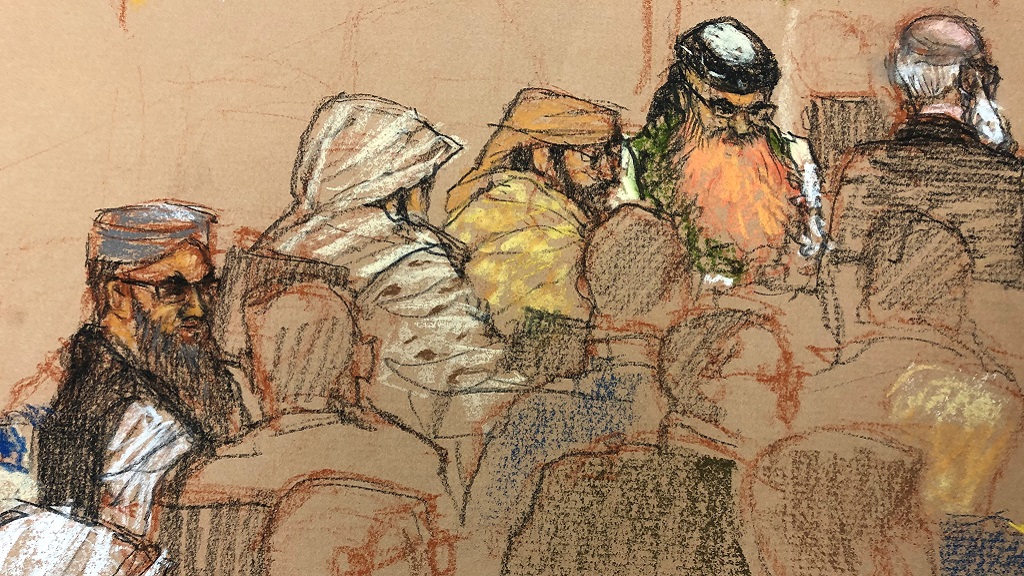 At the start of the meeting, Baker commended Pacific Council on International Policy for its excellent work on the three amendments to the FY2018 defense bill allowing for transparent and fair military commission trials in Guantánamo Bay, which includes the broadcast of the trials via the internet. The amendments, introduced by Congressman Adam Schiff, were based on recommendations in the Pacific Council’s GTMO Task Force report, Up to Speed.

He went on to explain that Guantánamo Bay is not logistically equipped to handle the five capital cases. He believes that at the current pace of the pretrial hearings—including the fact that witnesses are not legally required to go to Guantánamo Bay to testify, the blackouts in the transcripts, and motions not available to counsel—the January 2021 trial date is unlikely.

January 21 was the first date of testimony for James E. Mitchell, the architect of the CIA’s 9/11 interrogations. Mitchell is a psychologist who developed and operated the “enhanced interrogation techniques” (EITs) program carried out at many of the CIA’s off-shore black sites including Afghanistan, Pakistan, and Guantánamo Bay. Mitchell is one of only two witnesses allowed out of 52 witnesses requested by the defense counsel. 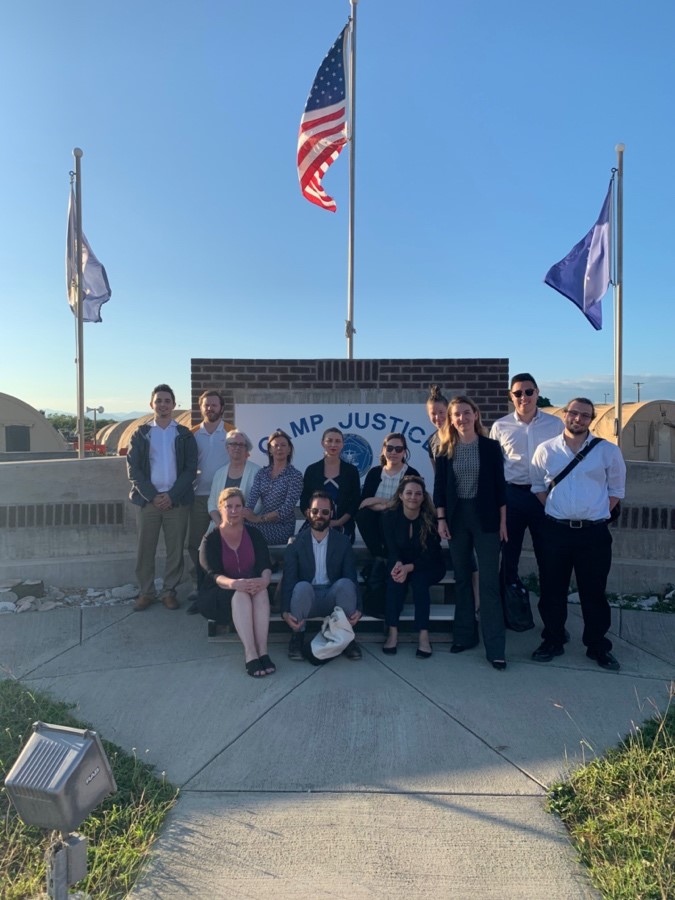 The two permitted witnesses, Mitchell and his partner John Jensen, were not CIA operatives but rather the CIA’s independent contractors who were paid $81 million to develop and carry out the EIDs. Both Mitchell and Jenson have already settled out of court in a civil action brought on behalf of two released detainees and the family of another detainee who died in custody for illegal torture brought by the ACLU in 2017. The ACLU’s attorney in that matter, Dror Ladin, was present during the hearings as a fellow NGO observer.

Mitchell was asked about—and he explained in great detail—the various EITs he used on detainees including waterboarding, slamming prisoners’ heads against walls, extended sleep deprivation (up to six days), freezing water baths, chaining, shackling, placing prisoners in small boxes with insects, forcing prisoners to stand for 48 hours, and shackling prisoners from the ceiling while naked. Allegations of sodomy and starvation were also made by the defense. 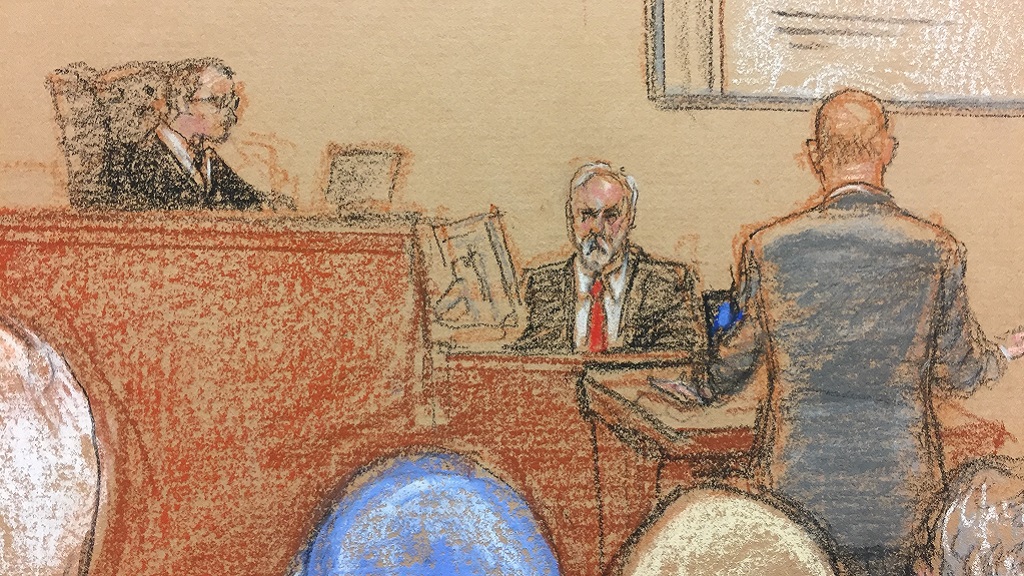 Given the graphic nature of the testimony, I chose not to attend a session of the proceedings when a reenactment video was shown. Mitchell testified that the use of the EITs did not amount to torture, but rather was justified in order to protect the United States from further attacks.

Julia Hall, an attorney from Amnesty International, said she was appalled by Mitchell’s statement as the families would have seen justice long ago but for the torture that he inflicted. Mitchell and his partner, Jessen, allegedly waterboarded the mastermind Khalid Sheikh Mohammed 183 times. Mitchell invited his superiors at the CIA to “bring your rubber boots and come on down” and witness his EITs firsthand. Mitchell further testified that he would do it all again.

James Mitchell's testimony is disputed by the Senate Intelligence Committee and the CIA itself which concluded that the CIA’s use of "enhanced interrogation techniques" was not an effective means of acquiring intelligence or gaining cooperation.

However, his testimony is disputed by the Senate Select Committee on Intelligence (the “SSCI”) report from 2012 which concluded that the CIA’s use of EITs was not an effective means of acquiring intelligence or gaining cooperation. In fact, the SSCI found that the CIA itself believed that the use of the techniques failed to produce accurate intelligence and elicit detainee cooperation. In addition, the SSCI found that the EITs program damaged the United States’ standing in the world and resulted in monetary and non-monetary costs. 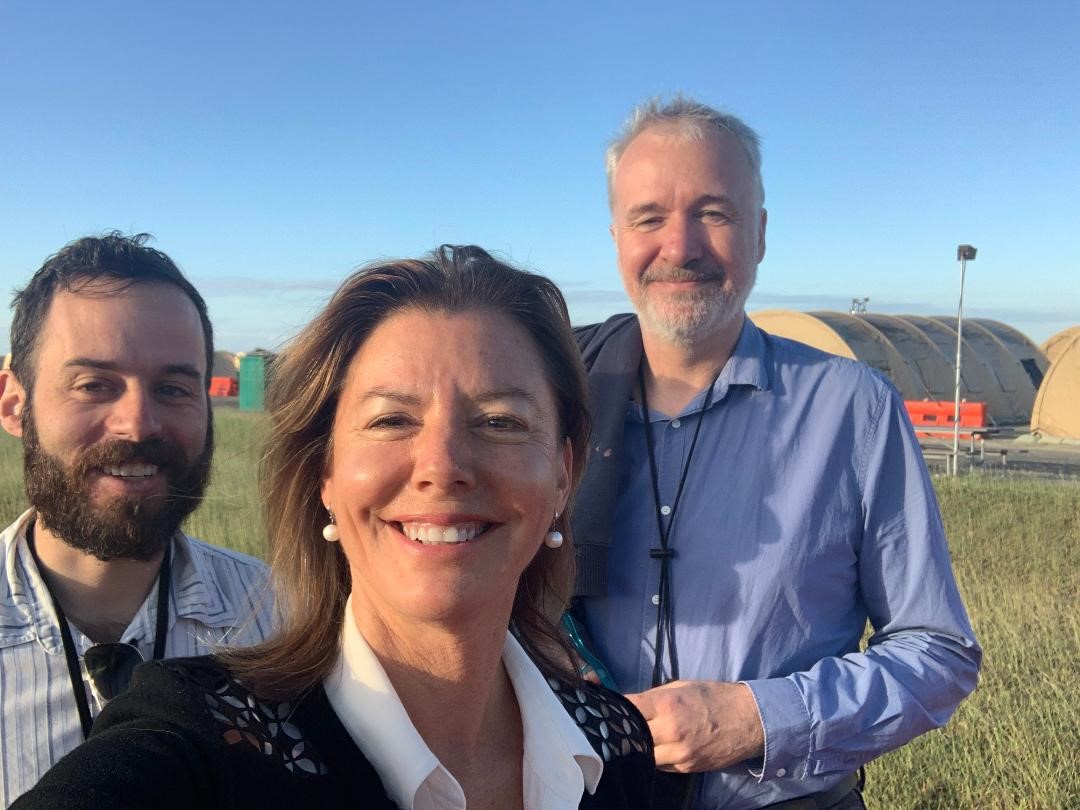 Mary Ann Walker is a Pacific Council member, managing partner of WH Legal LLC, and a member of the board of Advisors of the Wilson Center's Latin America Program.

Additional information about this testimony: