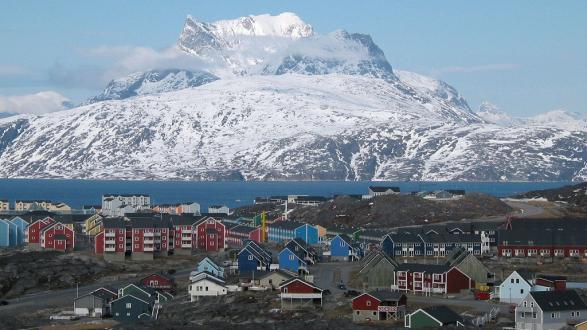 Editor’s note: The opinions expressed in this article are the author’s own and do not reflect the view of the U.S. Coast Guard Academy’s Center for Arctic Study and Policy, the U.S. Coast Guard, the Department of Homeland Security, or the United States government.

President Trump’s recent suggestion to buy Greenland created a media firestorm of activity. As a matter of fact, there are increasing reasons to be concerned about Greenland as a result of the rapidly changing Arctic environment. As my colleague Barry Scott Zellen asserted, “As the Arctic thaws, Greenland and the North now represent a place of increasing strategic and economic importance.” The real question is how to handle this new reality.

We need to answer two key questions before we move forward with the argument. First, why Greenland? And, second, why focus on alliances and partnerships?

Greenland, the world’s largest island, is an autonomous Danish territory inhabited by 57,000 people. Greenland has its own parliament and under the 2009 law on self-rule can vote for full independence at any time. One only needs to look closely at any globe to realize that Greenland occupies an immensely strategic location on the planet. In addition, it has enormous natural resource wealth that will be increasingly accessible as the ice melts. There are real security concerns related to Greenland, particularly as both Russia and China show increased interest in the region.

Why focus on alliances and partnerships?

Allied contributions will never be numerically equivalent to the United States, but that is not the only way to determine their value as I learned when I was a young Army captain deployed in support of NATO’s Stabilization Force in Bosnia in 2001. During that deployment, I watched as our Danish allies deployed armored ambulances to Tuzla in support of the U.S.-led Task Force Eagle, providing a much needed capability that the U.S. Army did not have. The reality is that NATO’s contributions are much broader than this example. Article 5 of the NATO treaty states:

"The Parties agree that an armed attack against one or more of them in Europe or North America shall be considered an attack against them all and consequently they agree that, if such an armed attack occurs, each of them, in exercise of the right of individual or collective self-defence recognized by Article 51 of the Charter of the United Nations, will assist the Party or Parties so attacked by taking forthwith, individually and in concert with the other Parties, such action as it deems necessary, including the use of armed force, to restore and maintain the security of the North Atlantic area."

Given the geo-strategic value of Greenland, it is clearly in the interest of the United States to ensure that it remains within its umbrella of protection. Both the NATO and 1951 agreements should be strengthened.

The only time Article V has been invoked was to defend the United States after the 9/11 attacks. Additionally, NATO allies provide access to crucial bases that allow for force projection throughout the entire globe with specific access to key regions like Eastern Europe, the Middle East, North Africa, and the Arctic. As Nicholas Burns, who served as the U.S. Ambassador to NATO under President George W. Bush, asserts when discussing the value of NATO’s role in supporting the United States in the post-9/11 world, “The U.S. is far stronger and better able to protect our own country by working in alliance with Canada and European countries.”

The 1951 Agreement on the Defense of Greenland was amended in 2004. As noted in Article I of the 1951 Defense Treaty:

"The Government of the United States of America and the Government of the Kingdom of Denmark, in order to promote stability and well-being in the North Atlantic Treaty area by uniting their efforts for collective defense and for the preservation of peace and security and for the development of their collective capacity to resist armed attack, will each take such measures as are necessary or appropriate to carry out expeditiously their respective and joint responsibilities in Greenland, in accordance with NATO plans."

Given the geo-strategic value of Greenland, it is clearly in the interest of the United States to ensure that it remains within its umbrella of protection. Both the NATO and 1951 agreements should be strengthened.

We do not need to own Greenland to enhance our security. Rather, a stable and secure future can be created and maintained through an increased focus on partnerships and alliances that will increase our security while at the same time respecting our allies and partners.

In addition, the United States has an opportunity to further increase cooperation and goodwill by amending Article XI of the 1951 Agreement in order to take responsibility for cleanup of various military sites. Currently Article XI states, “It is understood that any areas or facilities made available to the Government of the United States of America under this Agreement need not be left in the condition in which they were at the time they were thus made available.” This leaves the cleanup of various Cold War military sites to the Danish or Greenlandic people.

One current cleanup site that has received some coverage is the nuclear and toxic waste left behind from Project Iceworm. Project Iceworm’s goal was to test the feasibility of building a nuclear launch site in Greenland’s ice sheet. The project was ultimately abandoned when the United States determined that the ice was too unstable for the idea to be workable. The United States could offer to update Article XI of 1951 Agreement to take responsibility for the cleanup of the waste left behind by Project Iceworm. This voluntary act of goodwill would help to strengthen a long and friendly relationship ensuring Greenland remains a strong partner.

The reality is that territorial acquisition through conquest or purchase is a method best left for the history books. We do not need to own Greenland to enhance our security. Rather, a stable and secure future can be created and maintained through an increased focus on partnerships and alliances that will increase our security while at the same time respecting our allies and partners.

Jeremy McKenzie is a Lieutenant Commander in the U.S. Coast Guard and a researcher for the Center for Arctic Study and Policy.