Inside Iran: An Interview with Nina Ansary 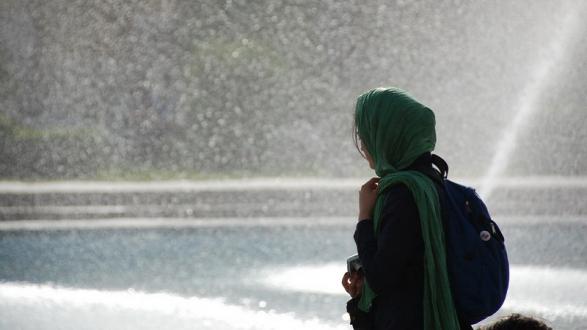 The following is an advance reading for the Spring Conference 2016 discussion Inside Iran.

The historic nuclear accord struck in Vienna last summer between Iran and the P5+1 (United States, Britain, Russia, France, and Germany) and the attendant removal of sanctions will undoubtedly benefit the Iranian regime in renewing international commerce flows. Will it also have a positive impact on Iranians themselves? The Islamic Republic’s human rights record failed to show signs of improvement during the negotiations, but men and women in Iran and around the world took to the streets and social media to celebrate the nuclear accord. How will the lives of people inside Iran – and particularly the lives of Iranian women – change?

Ahead of Spring Conference 2016, we spoke to Dr. Nina Ansary, a historian and the author of Jewels of Allah: The Untold Story of Women in Iran, about Iran’s steadily growing women’s movement, the country’s changing demographics, and her optimism about the outcomes of the nuclear accord on the Iranian people.

Pacific Council: In your book, Jewels of Allah, you refute misconceptions about women in Iran, particularly following the Islamic Revolution. What are these assumptions and how have they impacted Iran's women’s movement?

Dr. Nina Ansary: These stereotypical assumptions stem from the fact that mainstream media shape the narrative about women in post-revolutionary Iran. Most images of women in Iran portray them as veiled, and therefore oppressed. The veil is mandated by law, but it does not necessarily define the woman wearing it. A major misconception is that Iranian women are completely inhibited by Iran’s gender discriminatory laws. Iranian women actually outnumber men in higher education, which is not something we generally hear about in the United States.

Iranian women do not view discriminatory laws as debilitating impediments, and therefore do not allow themselves to be defined by them. Iran has a highly educated female population that does not identify with the gender ideology of the country’s oppressive Islamic regime.

Iran's women's rights movement has been gaining momentum and enacting change, one small step at a time.

Here is one way Iranian women are challenging the country’s patriarchal structure: they are refusing to get married. In Iran, a married woman’s decisions are in the custody of her husband. She cannot even leave the country without her husband’s signature. In direct response to this, in the last 10 years, Iran has experienced the most rapid fertility decline in the Middle East.

Women from completely different backgrounds and ideologies are working together to pull down Iran’s gender discriminatory laws. When Khomeini took power in 1979, women were banned from numerous fields of study, including agriculture and mining – fields considered to be "unsuitable." Today, a woman in Iran can study whatever she wants. Another example is the One Million Signature Campaign, which successfully pressured parliament to amend its inheritance laws, so now a woman can inherit from her husband. Iranian women have also prevented the parliament from passing a law enabling men to take additional wives without their consent. Iran's women's rights movement has been gaining momentum and enacting change, one small step at a time.

PC: Where does that drive for change come from? How is it affected by the changing demographics of the country, particularly the increase in the amount of young people?

Dr. Ansary: Here’s a remarkable fact: more than half of Iran’s population of 80 million are under the age of 35. They are the children of the revolution, born and raised in an oppressive environment, and largely cut off and isolated from the rest of the world. The irony is that Iran is a country with a young and sophisticated population that is mostly pro-American.

My belief is that if you want to understand the Iranian psyche, you need to look back at the Persian Empire. I think that the ripple effect of thousands of years of pre-Islamic history has an impact on how Iranian people, and especially women, think and see the world. Pre-Islamic Republic Iran had female military commanders and business owners, at a time where in even Western nations women did not command significant influence.

PC: What role should the international community play in galvanizing the women’s movement in Iran, and social progress more broadly?

Dr. Ansary: The international community has recently been more active in terms of shedding light on the oppression of women in Iran. Social media – particularly Twitter – have been tremendously instrumental in raising awareness and highlighting women's rights activists who continue to pay the price for activism. The borderless nature and phenomenal reach of social media allow all those with a common cause to communicate and amass support in a way that was not possible just a few short years ago.

The irony is that Iran is a country with a young and sophisticated population that is mostly pro-American.

We saw, for example, how the power of social media impacted the case of a British-Iranian woman, Ghoncheh Ghavami. A couple years ago she was arrested for entering an all-male sports stadium to watch a volleyball game. Social media drew awareness to her plight and eventually led to her release. Attention from the international community does make a difference in terms of putting pressure on the regime. That’s precisely why Iranian hardliners sometimes block access to Facebook and Twitter.

PC: What impact has the Iran nuclear deal had on people inside Iran?

Dr. Ansary: Supporting the Iran nuclear deal is not the same thing as supporting the Islamic regime in Iran. Rather, it means supporting peace and diplomacy over war and destruction. It means breathing life into the people of Iran who have suffered because of the trespasses of the regime.

Sanctions did not debilitate the Iranian regime: they crippled everyday Iranians. Health organizations reported medicinal shortages; common necessities were totally unavailable; and inflation was rampant. Iran loses over 160,000 highly-educated people annually because of its lack of economic opportunity.The regime, on the other hand, has been thriving in isolation.

Dr. Nina Ansary, Ph.D., is a historian and expert in the Women's Movement in Iran. She is the author of the book Jewels of Allah: find it here.