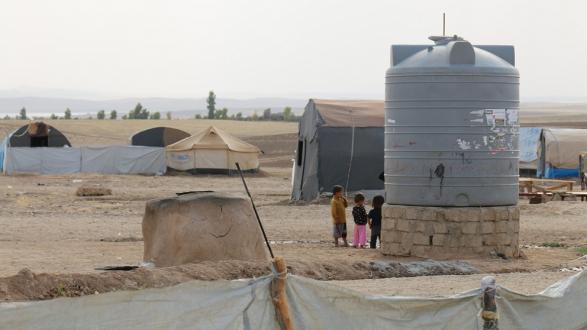 Interstate disputes over the allocation of the water from the Euphrates and Tigris rivers have been a source of tension between Iraq and its neighbors for generations. However, a current analysis of the hydropolitics of Kurdistan—taken as a separate entity from Iraq—is virtually nonexistent. Hydropolitics encompasses water conditions affecting all political relationships on the national and international level. Kurdish hydropolitics are also characterized by internal contention for water resources such as that between refugees and indigenous Kurds.

Iraqi Kurdistan, defined as the area controlled by the Kurdistan Regional Government (KRG) in Iraq, is blessed with abundant resources including hydrocarbons and water resources. The water resources are in the form of rivers fed by the snowcapped Zagros Mountains, relatively heavy natural rainfall, and an aquifer deemed to be sufficient and rechargeable in many places. Despite this optimistic outlook, a number of mid-and long-term concerns are surfacing.

Research by preeminent scholars finds that although there is overwhelming evidence that water issues engender cooperation over conflict, I argue that Kurdistan’s regional hydropolitics trend toward the conflictual end of a continuum from cooperation to conflict due to three factors:

As water becomes more polluted and scarce there is a perception in southern Iraq that the Kurds are overusing the waters of the Tigris and other rivers. This perception alone could be enough to destabilize relations further eroding a frayed working relationship between Erbil and Baghdad.

Water stress is increasing, creating governance challenges and a context for future conflict and instability. This stress is driven by factors including changing demographics, dam building in neighboring countries, and drought. This water stress, in turn, carries attendant social and political risks for the KRG such as instability and localized violence. Some of these factors are warrant further analysis.

By one estimate, Kurdistan has hosted 2,250,000 internally displaced people (IDPs) and refugees fleeing conflict zones elsewhere in Iraq and Syria increased the water demand in the KRG by 15 percent in 2015. A 2014 report by the UN High Commission for Refugees found poor water conditions in displaced persons camps and household surveys indicated that between 25 percent and 59 percent had enough drinking water. Water shortages fluctuate seasonally with the greatest scarcity of water for all uses occurring during the hotter and drier summer months. A drought last summer exacerbated this situation and new evidence suggests that climate change has increased the probability of severe and persistent droughts in the region.

There are simmering social divisions. The IDPs and refugees in Iraqi Kurdistan are predominantly Sunni Arab agriculturalists from Syria or other regions of Iraq; very few are ethnically Kurdish. The continued presence of the IDPs and refugees has led to inevitable irritation of ethnic tensions raising the possibility of civil unrest and localized violence. The deep animosity that exists between the Kurds and Sunni Arab Iraqis can be traced to horrors of successive Arabization policies and the outright genocide directed by Saddam Hussein. As of February 2018, the battle against ISIL had essentially concluded, but these populations have not begun to repatriate in significant numbers.

Kurdistan is at a critical juncture politically and with regard to water risk management.

In addition to natural forces, addressing water stress has also been hindered by bureaucratic limitations and mismanagement. Water resources are not well accounted for. Policymakers in the capitol Erbil are hampered by the unavailability of hydrological data. There are few water gauging stations and observational wells monitoring groundwater and aquifers. Recharge rates for the aquifer are actually not well understood.

Despite vast groundwater reserves, Iraqi Kurdistan is suffering from localized water shortages. Failure of water resource planning is evident in the case of the city of Qaladze where Iran cut the flow of the Zei Bchuk River in the summer of 2017. The area is not suitable for groundwater extraction so the long-term solution would be the construction of dams but no such plans were developed during the years that Iranian construction was observed.

Kurdistan is at a critical juncture politically and with regard to water risk management. First, the lack of international recognition and thus the ability to participate in international water governance regimes. Second, juridical dual responsibility for water governance between the KRG and the GOI poses internal governance challenges for the KRG. This is precisely the most difficult time: the occasion when the economy is shifting toward more dependence on water-intensive agriculture.

The Kurdistan Regional Government faces unique challenges as a proto-state. Chief among these from a political perspective is the need to negotiate with and through Baghdad over governance and joint management of shared water resources.

On the multilateral level, the KRG faces unique challenges as a proto-state. Chief among these from a political perspective is the need to negotiate with (and legally through) Baghdad over governance and joint management of shared water resources. Secondly, riparian nations, when engaged directly, show various levels of hostility.

A report by the American University of Iraq in Sulaimani outlines a sound framework for policy interventions within Iraqi Kurdistan including:

With the devastating blow dealt to ISIL, the KRG faces new geo-strategic issues. One such issue is the newly complicated relationship with government of Iraq based on the September independence referendum, Another was an invasion from Turkey this month designed to flush out a faction of hostile Kurdish militia. As usual, water planning is taking a back seat to these pressing issues.

Kurdish internal hydropolitics will have an indirect effect on the outlook of the United States, a country with an interest in regional stability. In 2012, the United States released an Intelligence Community Assessment, Global Water Security, which found that "during the next 10 years, many countries important to the United States will experience water problems—shortages, poor quality or floods—that will risk instability and state failure, increase regional tensions, and distract them from working on important policy objectives." A U.S. regional security strategy is dependent on the continued support of Kurdish forces in the battle against ISIL and any violent extremist organization that may emerge from the organization's ashes.

If the Kurdistan Regional Government fails to implement a forward-looking national water policy, water stress will increase the risk not only for general instability but for conflict across a spectrum ranging from localized violence to strategic interstate weaponization of water.

Ultimately, given the Kurdish conundrum, the KRG must exercise careful statesmanship. Of equal importance is a more forward-looking national water policy that responds to the growing hydropolitical trends identified in this essay. If the KRG fails to implement such a policy, water stress will increase the risk not only for general instability but also for conflict across a spectrum ranging from localized violence to strategic interstate weaponization of water. However, if resources are husbanded well Kurdistan will likely continue to be in a position to use its relatively large water and oil resources as tools to support political and development objectives.