Growing Anti-Semitism in California and Globally 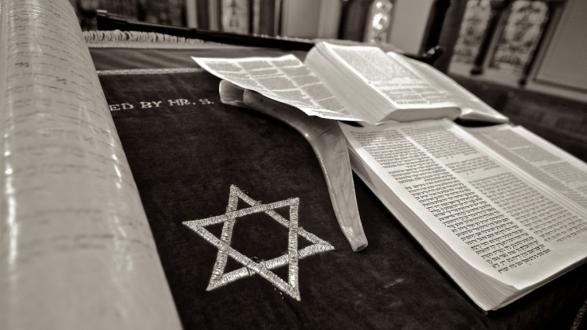 This was the anti-Semitic message scrawled on a sign outside of Temple Ahavat Shalom in Northridge, California, last month, shaking members of the temple and the surrounding Jewish community. The vandal used the number “6 million” to refer to the estimated number of Jews killed during the Holocaust, and the derogatory symbol “$” to represent Jewish people. The vandalism was discovered at about 7:30 a.m. on Sept. 18.

“People are concerned and upset. This happened at their place of worship,” said Aaron Solomon, executive director of Ahavat Shalom. Solomon said that law enforcement was immediately contacted, and a mass email was later sent to temple congregates explaining the situation.

Though the sign has since been removed, the damage has been done. Hateful, anti-Semitic messages have been cemented into the Jewish psyche for centuries. In the 1980s, Ahavat Shalom was the target of another anti-Semitic vandalism crime involving several swastikas spray-painted on the side of one of their buildings, according to Solomon.

Statistics on anti-Semitic hate crimes, assaults, and rhetoric provide clear evidence of an increasing threat. In California alone, anti-Semitic hate crimes surged by 21 percent from 2017 to 2018, and reports of anti-Semitic incidents have continued to make headlines in 2019. In a 2018 study done by the Center for Extremism, the United States saw anti-Semitic assaults double from the previous year. This includes the Tree of Life Synagogue shooting in Pittsburgh last October, the deadliest attack against Jews in American history. But this is just the tip of the iceberg.

“We’re seeing this phenomenon around the world in recent years,” said Matthew Friedman, the senior associate regional director for the Los Angeles Anti-Defamation League (ADL). “[The] anti-Semitic, white supremacist, nationalist, racist rhetoric that’s been so active in the last few years is something people are increasingly acting on, whether they’re targeting the Jewish community or other religious minorities or communities.”

There has been a call to action from many activist and human rights groups in countries throughout Europe, which have seen significant spikes in anti-Semitism over the last few years.

In a recent press release, the ADL linked the growth of anti-Semitism with global white supremacist ideology, saying that it “has fueled a rise in hate crimes and anti-Semitism in both the U.S. and in Europe, as minority communities...are increasingly threatened with racism, anti-Semitism, xenophobia and nativism.”

There has been a call to action from many activist and human rights groups in countries throughout Europe, which have seen significant spikes in anti-Semitism over the last few years. Research published in December 2018 by the European Center for Fundamental Rights found that anti-Semitic crimes have risen 20 percent in the last year.

German Chancellor Angela Merkel was moved to speak out on the issue after a crime report found that 1,646 crimes were linked to hatred of Jews in Germany in 2018: “To this day [there is] not a single synagogue, not a single school for Jewish children, that does not need to be guarded by German policemen…We must face up to the specters of our past.”

Just as anti-Semitic crime is rising around the world, so are efforts to raise awareness and combat it.

Just this week during Yom Kippur, the holiest day on the Jewish calendar, a gunman killed two people at a synagogue in eastern Germany and livestreamed the attack on the internet.

Australia has also come into the spotlight, as reports of anti-Semitic attacks there have soared. The most recent report from the Executive Council of Australian Jewry reported 366 anti-Semitic incidents, an increase of 59 percent over the previous year. The increase is unprecedented, according to the researchers.

In August, a Melbourne theatre company’s advertisement for a production of The Diary of Anne Frank was targeted. “I received a call telling me that a cast member had seen one of our posters defaced,” said Alison Knight, president of Peridot Theatre Company in Melbourne. Knight said although this kind of incident was unusual in that part of the city, it aligned with the increase in anti-Semitic crimes occurring throughout Melbourne.

The best way individuals can make a difference is to recognize and exercise their right to speak out against anti-Semitism, and encourage others to do the same.

“The cast was distressed,” she said. Since none of the cast were Jewish, Knight said they invested a lot of effort in learning the history and impact of the Holocaust on Jewish people. This included a visit to the Jewish Holocaust Centre and working with a Jewish adviser to deepen their understanding of Jewish religion and culture.

Though Knight refused to post a picture of the defaced poster on social media, documentation of the vandalism was circulated online and by news media. It depicts a red swastika spray-painted over an image of Anne Frank’s face. “We were disgusted,” Knight said. “It was like she was murdered all over again.”

Just as anti-Semitic crime is rising around the world, so are efforts to raise awareness and combat it.

“When you see things, report them,” said Matthew Friedman of the ADL. “Share on social media to make sure people are aware of these issues, and speak up with your elected officials. Ask them to speak out.”

According to Friedman, the best way individuals can make a difference is to recognize and exercise their right to speak out against anti-Semitism, and encourage others to do the same.

Sarah Brown is a USC graduate student participating in a foreign affairs reporting class taught by Professor Phil Seib, a collaboration between the Pacific Council and the Annenberg School of Communication and Journalism.