Global Beat: Russia Leaves the ICC over Crimea, and More 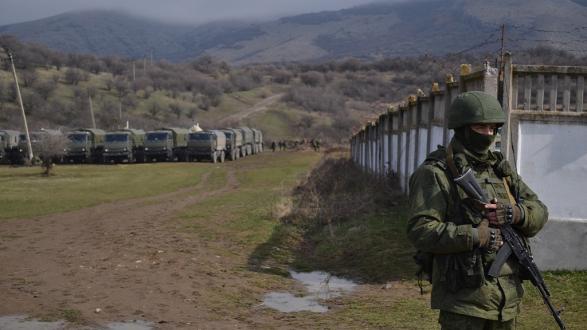 Peruvian Trade Minister Eduardo Ferreyros announced his country’s desire to be part of both the Trans-Pacific Partnership (TPP) and the Regional Comprehensive Economic Partnership (RCEP). The RCEP is a free trade agreement backed by Beijing, and includes India, Japan, Australia, and South Korea, amongst other Southeast Asian countries. Peru’s inclusion in the RCEP could cause other Latin American countries to follow, should the United States’ participation in TPP be scrapped by the incoming Trump administration.

Pakistan has ordered 130 Turkish teachers to leave the country in a move praised by Turkey’s President Recep Tayyip Erdoğan. The teachers worked at schools run by the private group PakTurk International Schools and Colleges, which is accused by the Turkish government of having ties to Fethullah Gülen. Gülen is a U.S.-based cleric whom Erdoğan’s government accuses of orchestrating July’s attempted coup. PakTurk denies links to the Gülen movement – known in Turkey as Hizmet, or "service" – and has filed a petition with the Islamabad High Court to challenge the decision.

Russia has announced its intent to withdraw from the International Criminal Court (ICC) following the release of an ICC report that classifies the Russian annexation of Crimea as a military occupation. The head of the Russian Foreign Ministry rejected the resolution as politically motivated and declared the ICC to be "ineffective and one-sided." Russia is a signatory to the Treaty of Rome, which established the court, but did not ratify the treaty, making the move primarily symbolic. Russia is the fourth country in the past two months to announce its withdrawal from the court.

U.S. Secretary of State John Kerry said Yemen’s Houthi rebels and the Saudi-led military coalition agreed in principle to a ceasefire that was to begin November 17. However, the internationally-recognized Yemeni government quickly rejected the proposal, which may prove an irrelevant gesture if Saudi Arabia supports the agreement. On the day the ceasefire was set to begin, Yemeni Foreign Minister Abdel-Malek al-Mekhlafi said there was no agreement but just "a declaration which means nothing."

New Zealand officials evacuated scores of residents and tourists by helicopters and naval ships out of a small coastal town after a 7.8-magnitude earthquake caused landslides that cut off the region. The earthquake triggered a tsunami, killed at least two people, and caused billions of dollars of damage.

Google launched the first ever YouTube Sub-Saharan Africa Creator Awards, held in Johannesburg, South Africa. The awards aimed to celebrate "the continent’s talented creators who are featured on YouTube" in categories such as comedy, education, fitness, and pets. To be eligible creators had to have at least 50,000 subscribers and be residents of Ghana, Kenya, Nigeria, Uganda, Tanzania, South Africa, Nigeria, Zimbabwe, or Senegal.