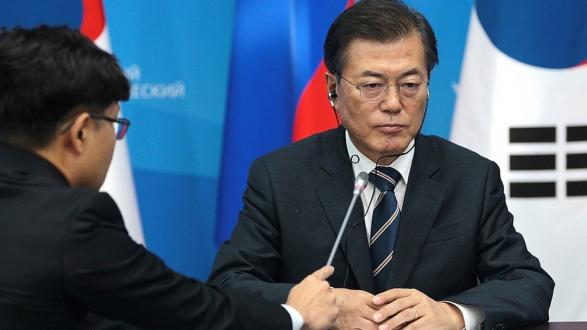 Thursday came and went without agreement on a revised NAFTA deal, missing an informal deadline set by U.S. Speaker of the House Paul Ryan. Negotiators are still working to address trade issues like auto manufacturing, which President Trump sees as imperative to fixing the current trade deficit between the United States and Mexico. While an agreement was not signed on Thursday, lawmakers believe there is still more time for an agreement to be made before it can be put to a vote in the current Congress before the end of the year. The delay also leaves the door open for President Trump to delay negotiations until the next Congress is in session.

Pakistan is currently building a fence along its 1,500-mile border with Afghanistan amidst security concerns related to terrorism. The construction is a part of Pakistan’s military focus on dismantling militant networks and preventing the "flow of terrorists between the two countries." However, Afghanistan disputes the location of the border. Meanwhile, Pakistan is also embroiled in clashes on its southeastern border with Iran over recent militant attacks.

North Korea canceled highly anticipated talks with South Korea on Wednesday, hours before they were scheduled to take place. The decision came after the United States and South Korea conducted a joint military drill in the region, which North Korea called "provocative military disturbances." North Korea is now threatening to cancel its upcoming summit between Kim Jong-un and President Trump, but State Department spokesperson Heather Nauert told reporters the United States will continue to plan the June 12 summit.

European Union leaders met Wednesday to discuss the future of the Iran nuclear deal in light of President Trump’s decision to pull out of the agreement and reinstate sanctions. European officials are exploring ways to protect European companies doing business in Iran from secondary sanctions, but remain committed to strengthening the deal and deepening economic ties.

There are reports of fewer protests on the Gaza-Israel border amidst Egypt’s apparent attempts at easing tensions between Palestine and Israel, which resulted in 60 Palestinians dead. Protests erupted after President Trump officially opened the U.S. Embassy in Jerusalem, a move widely condemned worldwide. Protests also marked the commemoration of Nabka Day, which remembers the Palestinians who fled or were forced to leave their homes after the state of Israel was formed.

A new law essentially banning journalists from reporting on terrorist attacks went into effect in Singapore on Wednesday. The Ministry of Home Affairs cited previous terrorist attacks in Paris and Mumbai where perpetrators were able to anticipate security plans by watching live broadcasts of the attack. Lawmakers will give special press access to a selection of media outlets, but many groups, like the Reporters Without Borders’ Asia-Pacific Office, fear the law limits press freedom as it is "not the interior ministry’s job to decide what journalists can broadcast or publish."

Laws aimed at preventing the spread of "fake news" are becoming the focus of governments in East Africa. Kenya recently passed a law proposing a fine and/or prison time for certain cybercrimes, which include publishing fake news, while Uganda is considering a tax on social media and the creation of new social media sites. Tanzania has also implemented new media regulations, requiring bloggers to pay a licensing fee in order to prevent the spread of "lies." Media organizations and other critics claim these laws are the government’s way of suppressing press freedom and the freedom of expression, potentially opening the door to "repression."