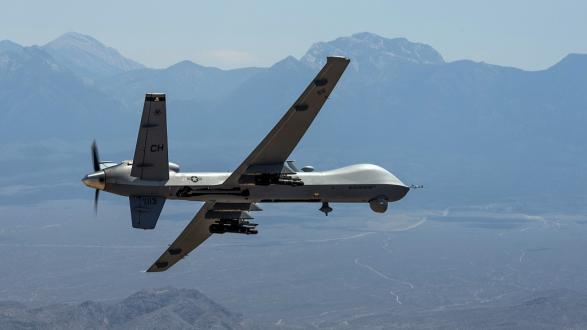 This week, 13 drones attack two Russian military bases in western Syria; Zambia plans to vaccinate 1 million of its citizens to protect against cholera amid a new outbreak; ELN rebels resume attacks in Colombia after a ceasefire ends; and more.

A rebel group known as the ELN resumed attacks in Colombia on Wednesday after a ceasefire ended, threatening the country’s hard-fought peace. The government has been trying to replicate its success with FARC in 2016 in negotiations with the ELN. President Juan Manuel Santos condemned the attacks and said the government would have been willing to extend the ceasefire. Following the attacks, Santos recalled the head of his negotiating team, just before a new round of negotiations were set to take place in Ecuador.

A Pakistani reporter critical of the government and military narrowly escaped a kidnapping attempt on Wednesday in a country increasingly hostile to the press. Taha Siddiqui, the Pakistan bureau chief for the New Delhi-based 24-hour television news channel The World is One News, was on his way to the airport when his taxi was stopped by a dozen armed men and he was removed from the car and beaten. He fled into oncoming traffic but left behind his computer, data drives, phone, passport, and luggage. The number of "forced disappearances" of journalists in Pakistan has been increasing in recent months, leading the Committee to Protect Journalists to call it one of the most dangerous countries in the world for reporters.

China is considering whether to slow or stop purchasing U.S. Treasuries. China is the largest foreign holder of U.S. liabilities at $1.2 trillion. The move would give China leverage against the Trump administration imposing tariffs, but would also negatively affect China because it would weaken the dollar and therefore reduce the competitiveness of Chinese goods overseas. Markets took a hit following the news, with economists indicating that China is sending the Trump administration a signal that it "will not just lay passive if the U.S. administration imposes tariffs."

President Trump plans to attend the World Economic Forum in Davos, Switzerland, later this month. He will meet with French President Emmanuel Macron on the sidelines of the summit. The theme of the summit is "Creating a Shared Future in a Fractured World." The White House said Trump plans to "promote his policies for strengthening American businesses, industries, and workers." The mostly liberal globalist delegates at the summit are unlikely to be receptive to Trump’s "America First" message.

Thirteen drones attacked two Russian military bases in western Syria on Saturday. The attackers have not been identified, but Russia has accused Turkey-backed Syrian rebels of staging the attack to derail an ongoing deal between Russia, Turkey, and Iran to drawdown the Syrian conflict. Russia pointed out the "strange coincidence" that a U.S. military intelligence plane was flying near the Russian bases when the attack took place, and said the sophistication of the drones required outside help. The Pentagon denied involvement.

China and Cambodia signed 19 new aid and investment agreements worth several billion dollars on Thursday. The move could be a sign that Cambodia is strengthening its relationship with China and moving further away from the West. The agreements aim to develop Cambodia’s infrastructure, agriculture, and health care. In the past few years China has given Cambodia millions of dollars in aid, granted the country tariff-free status, and forgiven its debt.

Zambia plans to vaccinate 1 million of its citizens to protect against cholera amid a new outbreak of the disease. The World Health Organization said it has delivered 2 million doses of the vaccine to Zambia. At least 63 people have been killed by the cholera outbreak since early October. WHO and the Zambian National Public Health Institute are working together to address the causes of the outbreak, including providing clean water, improving sanitation, and educating people about health and personal hygiene.