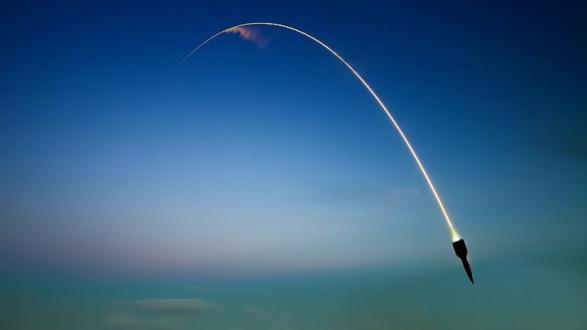 Despite a 12-day search led by ships and aircraft from more than a dozen countries, the Argentine submarine which disappeared in the South Atlantic on November 15, is still missing. The submarine was en route to its home base at Mar del Plata from the Argentine port Ushuaia when it surfaced to report a short circuit, which the navy now suspects was caused by water entering a snorkel. Navy spokesman Captain Enrique Balbi said that the search had entered "the critical phase... particularly with respect to oxygen," and voiced doubt about the likelihood of finding the 44 crew members aboard. Criticism over the government’s handling of the crisis has stoked tensions in Argentina, which remains sharply divided between supporters of President Mauricio Macri and opposition Peronists.

Pope Francis gave a speech urging respect for religious diversity in Myanmar on Tuesday following a meeting with the country’s leader, Aung San Suu Kyi, but did not use the term "Rohingya." Myanmar officials reject the term, instead referring to the persecuted Muslim minority as illegal immigrants from Bangladesh. Local Catholic officials had urged the pope not to use the term "lest it trigger reprisals against the small Catholic minority by Buddhist nationalists and military leaders." Pope Francis is the first pope to visit Myanmar and is expected to continue on to Bangladesh, where many of the Rohingya fleeing violence in Myanmar are currently housed in refugee camps.

North Korea announced that it has developed a new intercontinental ballistic missile capable of reaching the U.S. mainland Wednesday, hours after Kim Jong-un ordered the first test launch of the Hwasong-15 missile. After 53 minutes of flight the missile crashed into the Sea of Japan, after reaching the highest altitude ever recorded by a North Korean missile. In response, President Trump pledged that the United States, in collaboration with China, would impose major new sanctions on the country. According to the Chinese news agency Xinhua, Chinese President Xi Jinping told Trump in a phone call following the launch that "China is ready to join the United States in pushing the nuclear issue toward a peaceful settlement."

Ramzan Kadyrov, the leader of the Chechen Republic and a self-avowed "foot soldier" of Russian President Vladimir Putin, announced in a TV interview on Sunday that he is ready to leave power, arguing that "it is time for change in the Chechen Republic." Kadyrov is a former rebel who has led the region since 2007 and was previously endorsed by Putin, and has been accused by human rights groups of arbitrary arrests, violence against sexual minorities, and torture of opponents. His statement comes ahead of an expected announcement of Putin’s fourth run for president in Russia’s March elections, leading critics to speculate that Kadyrov is simply seeking public affirmation of his power from the Kremlin without any intention of stepping down.

Allegations of widespread slave trading of migrants in Libya have sparked international outrage. A CNN investigative report found that migrants from countries like Nigeria, Sudan, Somalia, and Senegal attempting to reach Southern Europe were being sold for as little as $400. Recent crackdowns by the Libyan coast guard have reduced the number of smuggling boats making it out of the country, contributing to a backlog of migrants in Libya and increasing exploitation. UN Secretary General António Guterres called on the Libyan authorities and international community "to unite in fighting this scourge," but human rights organizations have expressed skepticism that meaningful action will be taken anytime soon.

Australia is closer than ever to legalizing same-sex marriage after the Senate passed a marriage equality bill on Tuesday for the first time in the country’s history. Attorney General George Brandis argued that the bill "will demolish the last significant bastion of legal discrimination against people on the grounds of their sexuality" and that it would stand as one of the most important accomplishments of the Turnbull administration. The bill was introduced to the senate following a November 15 plebiscite which revealed that 61.6 percent of Australians were in favor of same-sex marriage. Australia will be the third nation in Asia, following New Zealand and Taiwan, to recognize same-sex marriage.

Emmerson Mnangagwa, the former vice president of Zimbabwe’s former President Robert Mugabe, was sworn in as interim president last Friday following Mugabe’s historic resignation after nearly four decades in power. In his first official address, Mnangagwa pledged to work to lift Zimbabwe out of poverty and rid the country of corruption, but also made sure to reiterate his respect for Mugabe, arguing that the former president’s leadership was integral during "a formative and very challenging time" and urging citizens to refrain from "vengeful retribution" against him. Neither Mugabe, who has been granted immunity from prosecution, nor his wife Grace were present at the ceremony. Mnangagwa has since called for anyone who has illegally moved cash or assets out of the country to return them within 90 days or face arrest.