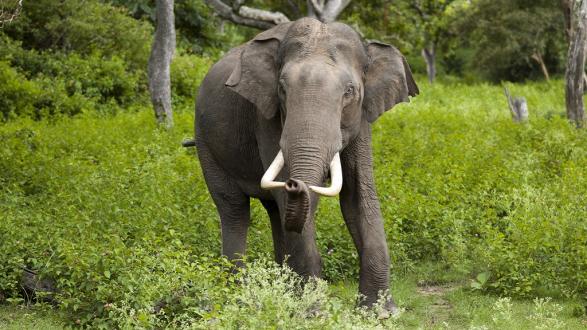 Fourteen months after elections first began, Haiti has a president-elect, an electoral tribunal announced this week. Businessman Jovenel Moise – who made his fortune exporting bananas – earned more than 55.6 percent of the November 20 vote out of a field of 27 candidates and will be sworn in February 7. Moise won a plurality of votes in the original October 2015 election, but not an outright majority. Subsequent runoff elections were delayed multiple times due to alleged fraud, vote rigging, and concerns about violence.

Officials in Pakistan’s Punjab province launched a smartphone app on Wednesday, enabling women to report incidents of sexual assault to the police, in an effort to stem the rise of gender-related abuse in one of the world’s most dangerous places for women. The Women’s Safety Smartphone Application will allow victims to contact local police services – who would be able to access the user’s exact location – with the touch of a button. Women’s rights groups welcomed the launch but cautioned that women in rural areas without access to cell phones would not benefit from the app.  In 2013, more than 5,800 cases of violence against women were reported in the province.

China, the world’s biggest ivory market, announced this week that it will ban all domestic ivory trade by the end of the year. Elephant conservation groups say though significant challenges still remain, they hope that China’s decision will convince other countries that trade in ivory, such as Vietnam, the United Kingdom, and Japan, to do the same.

For the next two years, the Finnish government will give €560 ($583) every month to 2,000 of its citizens in a partial Universal Basic Income (UBI) trial. The payments, unlike with unemployment benefits, continue even if the recipients find work. The government’s goal is to clean up Finland’s messy social security system and to increase employment, which is high for Nordic standards at 8.8 percent. Other countries interested in the idea of a UBI will be closely watching the results of this experiment.

U.S. Army Lieutenant-General Steve Townsend said Wednesday that Iraqi army and security forces are gaining momentum in the 11-week campaign to retake Mosul. The military had paused the offensive in December 2016 and resumed last week. The United Nations said more than 2,000 Iraqis a day are fleeing Mosul. U.S. Department of Defense spokesperson Colonel John Dorrian acknowledged for the first time this week that U.S. troops have been operating alongside Iraqi forces inside the city.

Indonesia said it would suspended military cooperation with Australia this week due to a paper found at an Australian military base that insulted Pancasila, the philosophical basis of the Indonesian state. Other materials ridiculing the Indonesian military were found by an Indonesian trainer who was in Australia as a language lecturer. Indonesia’s military chief qualified on Thursday that the suspension related only to a language-training program between the two countries.

A ceasefire between Mozambique’s government and the opposition Renamo movement, which was declared last week, will be extended for two months to allow peace talks to continue, opposition leader Afonso Dhlakama said this week. The two sides fought a brutal civil war that ended in 1992 and have clashed sporadically since Renamo challenged the results of the 2014 election.