The Geopolitics of the Coronavirus Outbreak
COVID-19 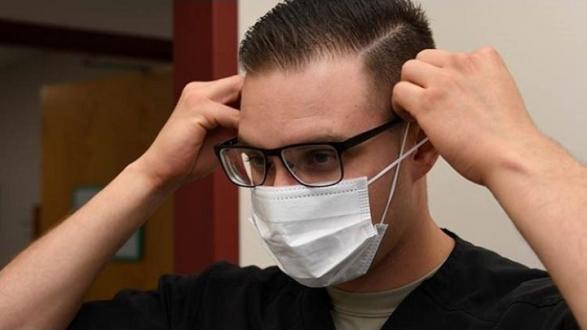 The emergence of a disease is like terrorism, leading to widespread fear that obscures reality. The recent outbreak of the coronavirus has resulted in xenophobia against a scapegoated group and states obsessing over their sovereignty and borders in the face of a transnational threat.

The coronavirus that emerged in Wuhan serves as a reminder that diseases are political as well as biological. Geopolitical tension between China and other nations has exacerbated the political aspect in areas from its resurgent naval power and 5G mobile to trade.

However, the coronavirus is a problem that is global in nature, which requires political solutions based on international cooperation on the multinational, national, and local level, based on the free flow of scientific information among these actors.

There are two lessons that should be heeded from this latest outbreak. First, diseases are products of how humanity interacts with the environment. Second is the need to fight disinformation, particularly Orientalist stereotypes of Chinese people.

There are two lessons that should be heeded from this latest outbreak. First, diseases are products of how humanity interacts with the environment, exploiting jungles and forests where viruses among wildlife make the jump to human hosts. Second is the need to fight disinformation, particularly Orientalist stereotypes of Chinese people, to be better prepared for the next outbreak.

The long history of germs

The recent emergence of the coronavirus is embedded in a history that began with humans coming into close contact with animals. The domestication of the horse led to the virus responsible for the common cold making its first jump into humans, chickens gave us chickenpox, shingles, and “bird flu,” pigs were the source of influenza, and from cattle emerged measles, smallpox, and tuberculosis.

This is the long history of zoonosis, or how diseases make the jump from animals to humans. When a virus makes the zoonotic jump from one animal to a human, that patient zero serves as the vector of the disease to the next human. Three quarters of infectious diseases are zoonotic spillovers.

Political solutions will be needed to be developed proactively to mitigate this exposure on the national and international level.

In the 21st century, novel coronaviruses have made a new jump to humans from bats, which serve as reservoirs for zoonotic viruses. In 2003, SARS (severe acute respiratory syndrome) was connected to a bat that infected a civet cat sold in a Chinese market. MERS (Middle East respiratory syndrome) in 2012 was most likely transmitted from a bat to a camel to a human. The 2014 Ebola outbreak was thought to have originated from fruit bats.

These diseases will become more common as humans exploit animals and encroach on new natural habitats as a result of active deforestation, or constructing road and railways into the tropical forests, exposing themselves to bats and the viruses they carry.

Political solutions will be needed to be developed proactively to mitigate this exposure on the national and international level.

China has placed Wuhan and more than a dozen other cities under lockdown, quarantining an estimated 56 million people, the largest in history.

Historical research concludes that a quarantine, from the Italian “quaranta giorni,” works effectively when urban authorities act early, while simultaneously implementing a combination of isolating the infected in hospitals or at home, banning public gatherings, shutting down roads and railways, and closing schools.

In Wuhan, if local officials had been more open, taken swift action implementing these steps, with no attempted cover-up, the coronavirus epidemic could have been controlled fairly easily three weeks ago.

Media literacy becomes a matter of life and death in our post-modern, post-truth era.

On the national level, the World Health Organization (WHO) acknowledged that China is a sovereign nation that has shown “cooperation and transparency.”

However, China in 2019 is more connected to the rest of the world through tourism and new infrastructure projects than when SARS erupted in 2003. When WHO declared a global health emergency, a virus emerging within a national setting impacted international relations.

Internationally, the xenophobia today invokes memories of the 2014 Ebola crisis, which resulted in racism directed to the African continent and anyone connected to it. For example, there have been 12 cases in Australia leading to xenophobic reactions, such as calls to ban Chinese people temporarily from the country. The Herald Sun of Victoria called the coronavirus a “Chinese Virus” on its front page.

Even in France, where there have been no confirmed cases, the regional paper Courrier Picard featured the headlines “Yellow alert” and “New yellow peril?”, invoking a racist Orientalist trope to refer to Chinese people.

French citizens of Asian descent have responded to a spate of racist incidents with social media pictures of themselves holding up signs reading “Je ne suis pas un virus,” meaning “I am not a virus.”

Rather than panicking about China and the new virus, the virus that remains the most deadly today is the flu.

The second takeaway is the need to minimize hoaxes and conspiracy theories, many of which are born out of geopolitical fears of China’s rise. Media literacy becomes a matter of life and death in our post-modern, post-truth era.

In response to the most recent outbreak, the Washington Times claimed in an article that the virus’ outbreak could be linked to the Wuhan Institute of Virology and its supposed research into military applications for the coronavirus. This claim is based on a single source, a former Israeli intelligence officer, who never explicitly said that the outbreak was a result of a biological weapon, but nonetheless other outlets ran with the Washington Times' spin on the story.

In the face of this great geopolitical challenge, a bar of soap can give you the power of China, the WHO, or your national government to fight this virus.

Second, the most recent coronavirus did not emerge, as one viral video alleges, because a Chinese woman in Wuhan ate a bat with her chopsticks. Media outlets from the UK’s Daily Mail to Russia’s RT circulated the video, as an example of supposedly “dirty” Chinese eating habits. However, the video was not filmed in Wuhan, where bat is not a delicacy, or even China, but rather in in Palau, a Pacific island nation, for an online travel show.

Rather than panicking about China and the new virus, the virus that remains the most deadly today is the flu. While global cooperation is required, an individual can adopt simple measures that can fight both, as well as the common cold: not touching your face after touching public spaces and good hand hygiene.

In the face of this great geopolitical challenge, a bar of soap can give you the power of China, the WHO, or your national government to fight this virus.