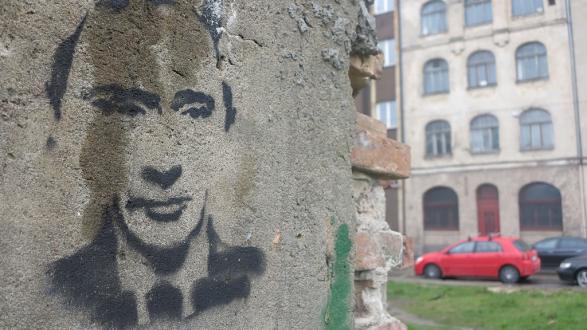 In this interview, Dr. Agnia Grigas discusses America's transatlantic ties, relations with Russia, the Syria conflict, and more. Grigas is a nonresident senior fellow with the Atlantic Council's Dinu Patriciu Eurasia Center. She speaks and publishes on energy, security, and foreign policy as it relates to Europe, the post-Soviet space, Russia, and the Baltic states. Read more about her background.
____________________

Dr. Agnia Grigas: The new administration faces a challenging international environment. The top foreign policy priorities will be dictated by developments on the ground with the ongoing war and refugee crisis in Syria, the threat of ISIL and international terrorism, the ongoing war in eastern Ukraine, a resurgent Russia, and signs of weakness and fragmentation in the European Union. Since the world looks to the United States for leadership, and since these international crises have direct and indirect implications for the United States, President Donald Trump will have to take a position and possibly even action on these issues in the first 100 days.

The new administration needs to articulate to America’s allies, rivals, and foes the official position of the United States.

There has been a lot of uncertainty, concern, and potential misunderstanding about the foreign policies President Trump will pursue. The new administration needs to articulate to America’s allies, rivals, and foes the official position of the United States.

PC: The president-elect has been an outspoken critic of America’s military commitments abroad, including the NATO alliance. What challenges are in store for America’s transatlantic ties?

Grigas: Though as a presidential candidate Donald Trump has been critical of NATO and America’s alliances more broadly, it does not necessarily mean that as president he will sever these alliances or significantly unwind commitments. However, it is likely that President Trump will call on America’s NATO allies to increase their financial contributions to the Alliance, signaling that America’s transatlantic ties are no longer a given.

There will be some caution on the side of European countries on what President Trump’s administration will have in store for the transatlantic relationship, but it is also likely that these countries will take on more responsibility for their own self-defense, which would be an positive outcome from the current predicament.

PC: What do U.S.-Russian relations look like going forward?

Grigas: It appears that the Kremlin would have preferred to see Donald Trump as president rather than Hillary Clinton, who harbored no illusions about U.S. relations with Russia and on working with Vladimir Putin. During his campaign Trump was also softer on Russia than Hillary. However, it is not unusual for new U.S. administrations to try to seek a fresh take on relations with Russia, as we saw during the presidencies of George W. Bush and Barack Obama. Bush famously looked into Putin’s eyes and saw a man he could potentially do business with; the Obama administration -- along with Secretary Clinton -- pursued the famous "reset" of relations, along with brandishing an actual "reset" button.

American values and the values of the Putin regime are also too divergent.

I anticipate that the Trump administration will likewise seek to normalize relations with Russia, but I anticipate many challenges ahead. There are simply too many conflicting interests between Russia and the United States and it will be difficult for Washington to turn a blind eye to Russia’s current resurgence and saber-rattling in Europe in the longer-term. American values and the values of the Putin regime are also too divergent.

PC: How should the next administration deal with breaches of cybersecurity by Russian operatives?

Grigas: Cyberwarfare is no longer the warfare of the future — it's the warfare of today. Russia and China both have the ability to pose a major threat to U.S. cybersecurity – the former is interested in political and military gains while the latter is interested in commercial espionage. While the United States has tremendous capabilities in cyberwarfare, its focus will likely be on defense rather than offense in order to contain rather than escalate cyber campaigns in international relations. However, we need to recognize that cyberwarfare is simply warfare by different means and countries that pursue such campaigns must be treated accordingly — as challengers to U.S. interests.

PC: What should be the next president’s strategy to end the conflict in Syria?

Grigas: The U.S. public does not appear to have much appetite for a sizable "boots on the ground" operation in Syria. There does appear to be potential public support for a limited operation to help eliminate ISIL and to ease the humanitarian crisis in Syria. Given these somewhat limited aims and given Russia’s ongoing campaign in Syria, the United States and Russia will have to find room to cooperate and work together.

The new administration’s strategy should rest on assessing U.S. interests in Syria and its humanitarian responsibility, while concurrently assessing where Russia’s position will conflict with those interests. In some cases it will require the United States to stand firm against certain aspects of Russia’s campaign. In trying to balance these inherent conflicts, the United States should pursue a strategy for the immediate term that is centered on the elimination of ISIL and ending the brutal violence against civilians, and formulating a long term vision and strategy for Syria and the region.
____________________