First 100 Days: Reassure Allies that America Has Their Backs 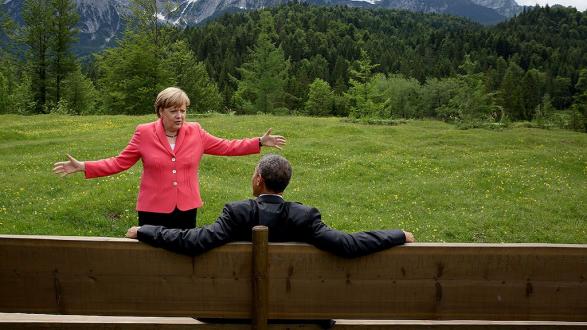 In this interview, Dr. DJ Peterson discusses the big questions that are outstanding about what a Trump administration will do, including how U.S. relations with key allies and Russia will change. Peterson is the president of Longview Global Advisors and an expert in political science with a focus on Eurasian politics and economic and energy issues. He has led major research ventures with the RAND Corporation and built the Corporate Advisory Services practice at Eurasia Group. Read more about his background.
____________________

Dr. DJ Peterson: One priority is to reassure our friends and allies in Europe that we are interested in their defense, that we are interested in their security, and that the United States is not turning its back on Europe. We have to reassure Europe that we’re not becoming isolationist and that we ultimately will not cut a deal with Russia that will undermine European interests.

One priority is reassuring our friends and allies... that the United States is not turning its back on Europe.

A second priority is setting the tone of the new relationship with China, one that balances U.S. interests without threatening those of Beijing and without stirring nationalism in China.

And finally, [a third priority] will be to present a credible security policy that is able to deal with crises that emerge, whether it’s from North Korea or ISIL.

PC: What are some of the trends we should watch for under the Trump administration?

Peterson: Everybody is trying to understand what the policy line will be in the Trump administration. On the domestic side, the administration's attention will likely focus on economic stimulus and job creation. That will -- at the most fundamental level -- address the interests of his political base. I think the main question for many is the domestic social agenda. Obviously, he said many provocative things during the campaign, and there’s profound fear that there will be be a backlash against people of color, the LGBT community, and immigrants.

The administration's environmental policy will also be very important. Whether it’s climate or policy governing federal lands or basic environmental safety issues, there’s an expectation in Washington that Trump is going to gut the EPA, environmental regulations, and climate change mitigation measures.

On foreign policy, the challenge here is that it’s not a priority of Trump’s. He’s focused on domestic matters but foreign policy is the prerogative of the White House, so one of the big questions is: Who is going to take the lead on foreign policy? We haven’t yet heard of any naming of a foreign policy team.

You can’t appoint the CEO of a defense contractor to run national security.

On the one hand, you’ve got perhaps a disinterested president, but at the same time there are pressing foreign policy issues landing on his desk. What is the role of the national security and foreign policy establishment? That’ll be a big question going forward.

PC: What do U.S.-Russian relations look like going forward?

Peterson: There’s an idea that there will be a grand bargain which would entail dialing back U.S. criticism and the emphasis on Ukraine, as well as perhaps dialing back U.S. hostility to Russia’s role in the Syrian civil war. In exchange, there could be U.S. access to Russian markets via sanctions release and less hostile Russian behavior towards the Baltics and Western Europe. That would be the outline of a broad deal.

PC: Do you see the Trump administration working with Russia to end the conflict in Syria? How will that play out?

Peterson: First of all, the United States would have to recognize Russia's long-term interests in Syria. Syria is an important ally of Moscow, and that would essentially assure the survival of the Assad regime, at least for the medium term. It would also allow the United States to disengage from Syria; it’s not clear what other parties with interests, like the Saudis and the Turks, would do, but it would allow the United States to disengage, which is key to Trump’s approach to global entanglements and national entanglements. I think that carving spheres of influence would be central to those agreements. That’s something that Putin would like to see happen.
____________________