First 100 Days: Outline a Strategy on the Middle East 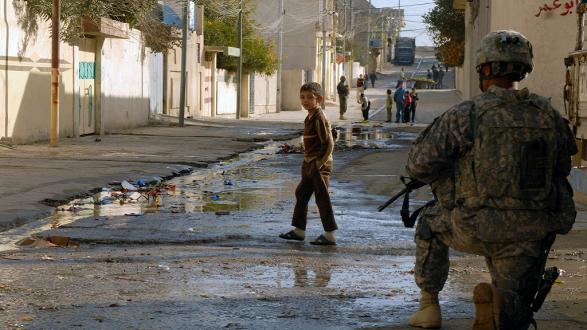 In this interview, Dr. Jerrold D. Green discusses U.S. foreign policy priorities in the Middle East. Green is the president and CEO of the Pacific Council. Read more about his background.
____________________

Dr. Jerrold D. Green: The next administration needs to allay the concerns of much of the world about President-elect Trump’s intentions, given many of his public pronouncements during the election. These include: questioning the value of NATO, terminating the Iran nuclear deal, referring to Japan and Saudi Arabia as freeloaders, making inappropriate and hurtful comments about Mexicans, Muslims, women and others, referring to NAFTA as the worst deal in history, opposing the TPP, and more.

President-elect Trump’s first responsibility is to assemble a top-notch foreign policy team. This could be challenging given that he is new to this world and there is nobody in his immediate circle with obvious expertise in international affairs. The President-elect must put together a serious team of international affairs, national security, and intelligence practitioners and advisors as soon as possible. Through these appointments, observers will be better positioned to assess his intentions and capabilities.

PC: What will Iraq look like after they retake Mosul from ISIL? And how involved will the United States be in the rebuilding process?

Green: It is unclear how the United States will proceed as President-elect Trump has publicly said very little about Iraq, other than saying he opposed the 2003 invasion despite public evidence to the contrary.

A similar question needs to be asked about Syria, given Mr. Trump’s inexplicable respect for [Russian President] Putin. Reportedly there is optimism within the Assad regime that the United States will embrace the Russian position in Syria, which will allow Assad to continue the brutal oppression of his own people. Only time will tell if this is the case.

PC: What steps can a President Trump take to ease tensions between Israelis and Palestinians?

Green: There is no evidence as yet that the President-elect sees easing these tensions as a significant objective. Certainly right-wing Israelis are very pleased that he was elected, with some calling his election the death knell of a two state solution. The Netanyahu government has been somewhat more circumspect, although there is considerable confidence that a Trump administration will more closely reflect Israeli government preferences than did the Obama administration, given the personal tensions between Obama and Netanyahu.

PC: What about Yemen? Can the United States be further pulled into that conflict?

Green: This is largely a conflict being addressed by Saudi Arabia with collateral support by the United States. To date we have absolutely no way of knowing what Mr. Trump thinks about this, as well as an array of other Middle East issues. Electoral rhetoric differs from actual behavior once a candidate assumes office. Questions about Yemen, Iraq, Afghanistan, Syria, Libya, Lebanon, and even the Iran nuclear deal will be more amenable to analysis once Trump fields his foreign policy team and assumes office.

Even the Iran nuclear deal, which President-elect Trump unabashedly opposes, will not be as easy to unwind as he might wish. This was not a unilateral U.S. deal but one that involved the P5+1, an international coalition including key partners – Russia, China, the EU, the UK, France, and Germany. How the United States could break ranks with its partners on this widely-heralded deal remains to be seen.

Green: This is an interesting question in light of President-elect Trump’s slogan "Make America Great Again.” The foreign policy corollary to this is unclear, but -- based on what we have heard to date -- it is deeply unsettling to many, both in the United States and globally.

President-elect Trump needs time to show the American people and the rest of the world where he stands and where he is leading the United States.

Still, President-elect Trump needs time to transition from the election to the actual responsibilities of governing. Much of the world is nervous about Donald Trump as U.S. President. Until he puts together a team and talks about these issues in detail, we will not know what the future holds. Many of his most outrageous and offensive statements cannot be unsaid.

Yet even President Obama, a target of some of Trump’s most preposterous allegations, adopted the correct posture when he said that for the American people, elections are an intramural scrimmage and after they are over, "we have to remember that we're actually all on one team.” President-elect Trump needs time to show the American people and the rest of the world where he stands and where he is leading the United States. He has a window to make the necessary preparations for this, but time is not on his side.
____________________