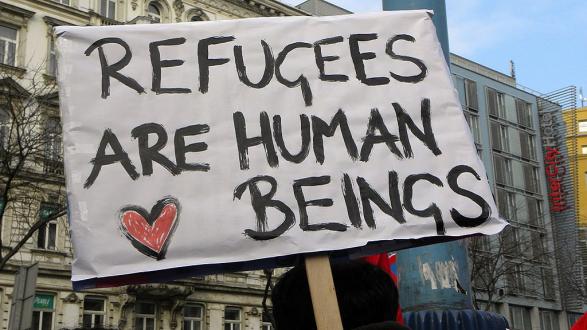 Ms. Suzie Abdou: First and foremost President-elect Trump must make clear America’s position on human rights around the world. Where does his administration stand on this issue? What will be America’s response to, for instance, Turkish President Erdoğan’s suppression of the press and other human rights abuses? Are we going to take a hard stance or are we going to turn a blind eye?

First and foremost President-elect Trump must make clear America’s position on human rights around the world.

Trump also needs to make clear who America’s allies, foes, and rivals are around the world. He’s given contradictory statements about some U.S. allies, like Japan and South Korea, while offering positive reviews about Bashar al Assad and Vladimir Putin. Assad himself said that President-elect Trump is a "natural ally."

PC: If President-elect Trump lives up his campaign promise of suspending the U.S. refugee program, what will the impact of that be?

Abdou: The impact of suspending the U.S. refugee program will be tremendous. President-elect Trump said during the campaign that he would "bomb the hell out of ISIS" and that he "[loves] war, in a certain way." If that’s going to be his official position on matters of war, what will happen to the refugees who are created as a result?

The refugee crisis and global displacement will exacerbate if President Trump's official foreign policy is isolationist and warmongering.

Turkey has sealed its borders; Germany is having internal conflict about how many more refugees that they can take in; and Europe has maxed out and is also concerned about issues of terrorism. If the United States wants to retain its standing as a beacon of freedom and human rights around the world, it cannot, policy-wise, suspend its refugee program.

PC: What can the Trump administration do to help stop the humanitarian crisis in Syria?

Abdou: The United States must push harder for negotiation. This is an opportunity for President-elect Trump to live up to the notion that he’s going to be a strong leader. He should step up and say that the United States does have a position on Syria, and that is, "We’re going to lead in terms of negotiating."

PC: Do you see the refugee crisis and global displacement getting better or worse under the Trump administration? Why?

Abdou: We won’t really have an answer on this until President-elect Trump makes clear his administration’s position on war. Will the United States be led into a conflict with Iran, given that someone like John Bolton is under consideration for Secretary of State? Or was Trump's strong-man campaign rhetoric not reflective of his official policy plans? It’s hard to tell what the correct answer is.

One thing we can be sure of is that the refugee crisis and global displacement will exacerbate if President Trump's official foreign policy is isolationist and warmongering.
____________________