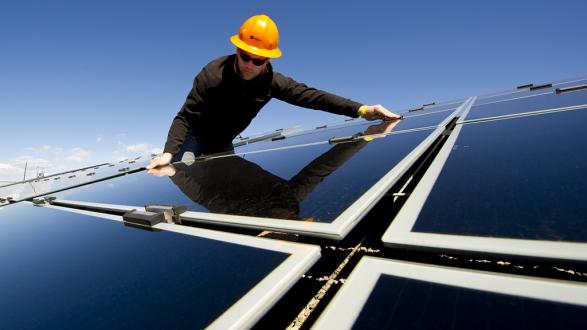 In this interview, Mr. David Koranyi discusses the future of U.S. energy policy and calls for President-elect Trump to uphold U.S. energy commitments and rethink his position on climate change. Koranyi is the director of the Eurasian Energy Futures Initiative at the Atlantic Council. He has been a nonresident fellow at the Johns Hopkins University SAIS Center for Transatlantic Relations since 2010. Read more about his background.

Pacific Council: What should the next administration’s top foreign policy priorities be during the top 100 days?

Mr. David Koranyi: The top priority of the first 100 days of the Trump administration should be to fundamentally rethink and refine the crude and sometimes reckless approach to U.S. foreign policy voiced during the campaign. The next administration needs to recognize the importance of U.S. leadership globally and uphold the basic tenets of the liberal international order.

I sincerely hope that President-elect Trump will revise his approach towards Russia and continue the Obama administration’s established policies, recognizing the dangers of Moscow’s reckless behavior in defiance of international norms and rules. I’m very concerned that a premature and undeserved rapprochement with Russia could jeopardize the security of America’s key European allies and undermine the very principles upon which the international liberal institutional order rests.

PC: You recently said that the election of Trump would be catastrophic in the climate change and energy space. What does the Trump administration’s position on climate change mean for the United States and the rest of the world?

Koranyi: This is another area where I sincerely hope there will be some revision from what we heard during the campaign. While the Paris Agreement would not necessarily be sunk by the withdrawal of the United States, walking back on the commitments made in Paris would fundamentally damage the credibility of the United States as an international partner. A U.S. withdrawal would also make the agreement harder to implement, though I don’t expect any other major stakeholder to backtrack at this point, even if the United States boycotts it.

PC: Will the development of the green energy economy suffer a setback under the Trump administration?

Koranyi: A Trump administration can certainly slow down the transition towards a clean energy system, but it is highly unlikely they can turn back the tide. While government policies matter, ultimately markets will dictate the future. Trump won’t be able to undo the remarkable progress in renewable energy technologies in the last decade. Wind and solar are cost competitive without subsidies in most parts of the country, so why would people go back to burning coal?

To prevent the catastrophic consequences of anthropogenic climate change, we have to accelerate the transition [towards renewable energy].

The trouble is that the clock is ticking. To prevent the catastrophic consequences of anthropogenic climate change, we have to accelerate the transition. So while a U.S. administration in climate denial for the next four to eight years won’t be able to prevent the transition from happening, it can slow it down in a critical period.

PC: How will economies around the world that rely on fossil fuels cope with the renewable energy trajectory? Will other countries gain ground while the United States slips back?

Koranyi: The Trump administration probably will have much less influence on that front than, say, the development of energy technologies, and in particular battery technologies. I think the single most important factor in that space is how important oil will remain, when peak oil demands will come, and how the oil price will fluctuate. That will be largely a function of how fast electric vehicles could spread.

Collapsing oil demand will have major stability implications in producer countries and regions.