First 100 Days: Do Not Provoke China 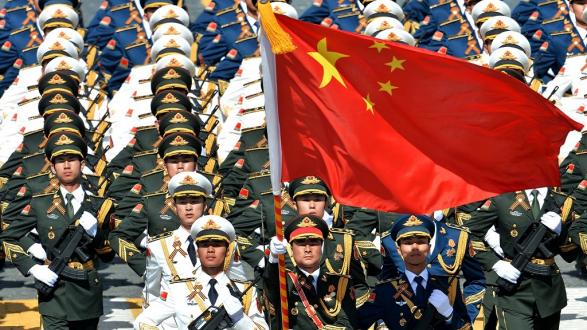 In this interview, Mr. Malcolm Riddell warns of the potential for new conflicts if Donald Trump follows through with his campaign promises regarding China. As an investment banker, diplomat, lawyer, Harvard academic, and CIA spy, or Riddell brings 40 years of experience working on China issues. He is CEO of RiddellTseng, a China-focused boutique advisory firm, and creator of CHINADebate and CHINADebateTV, which bring together leading China experts and decision makers for discussions of the issues that inform China and China-impacted decisions. Read more about his background.
____________________

Mr. Malcolm Riddell: The main thing the administration has to do is decide what their strategies and priorities are, and what the implications are if President Trump follows through on many of his pledges. If he brands China a currency manipulator and slaps on a 45 percent tariff and then says, "Oh by the way, we want some help with North Korea," then he’s going to get a less than favorable welcome. It wouldn’t have been hard to talk about the first 100 days if Hillary Clinton had won, but it’s awfully hard here because if Trump does so much of what he said he’s going to do, the landscape is going to change so dramatically.

If [Trump] brands China a currency manipulator and slaps on a 45 percent tariff... he’s going to get a less than favorable welcome.

The priorities are going to change based on what he chooses to do, and the crises that may arise. He needs to pull his team together and work through these issues and see what the implications are and where the balances have to be made. For example, if he’s determined that the United States is going to take a hard line virtually everywhere except with Russia, there will be huge implications on what crises bubble to the surface.

PC: If the Trump administration pulls the United States out of the Trans-Pacific Partnership as promised, will other countries join China’s version, the Regional Comprehensive Economic Partnership, and how does China stand to benefit from that scenario?

Riddell: Other countries already are negotiating with China on its version. Depending on who you listen to, the TPP and China’s version are either competitors or complementary. If we look at them as being complementary, then we probably would’ve had a good platform to be able to participate more actively in trade, and maybe have some influence on China as well. By pulling out of the TPP, there’s only one game left in town and we’re not in it.

By pulling out of the TPP, there’s only one game left in town and we’re not in it.

Everything depends on the Trump administration’s execution. If the campaign pledges go through to start renegotiating all our trade positions — NAFTA, WTO — then I think America’s allies, who probably are not as prone to those sorts of changes, will see China as a leader, not just in Asia but perhaps in the entire free trade realm.

PC: Will China’s activities in the South China Sea continue during the Trump administration, and how will Trump respond to that situation?

Riddell: If China doesn’t further escalate its activities, there are limits on how much the United States can do in response, unless the incoming administration makes the South China Sea a U.S. foreign policy priority. If President Trump decides that the South China Sea is a priority and the United States is going to stop China, and maybe even try to push back in favor of our allies in the region, then we’re likely to see some action up to and including a minor shooting war.

My concern is that the United States might be the provocateur.

If China is smart, it won’t do anything provocative until it gets a feel for how the Trump administration will react. But my concern is that the United States might be the provocateur. We might escalate the situation, given the overall hard line tenor of Trump’s campaign rhetoric. The South China Sea could go from being a long-term slow boil to a hot spot very quickly.

PC: How will Beijing respond if President Trump declares China a currency manipulator?

Riddell: It will certainly put the kind of pressure on [China's currency] that President Trump will not want. In a broader sense, it will depend on what he does in addition to labeling China a currency manipulator. It’s pretty much agreed that in the last several years China has been just that, but they really haven’t been trying to maintain an advantage; they’ve been trying to prop the currency up. If President Trump follows through with his other pledge of a 45 percent tariff, then we’re in a trade war. I can’t see that being a good thing for anybody. I’m a hard liner on China, and certainly not a supporter of Mr. Trump the person, but when I see the possibility of my hard line ideas actually being put into place, I start to get very nervous.

The possibility that the United States is going to take an "act now and see what happens" approach is very frightening.

Long before Donald Trump and Bernie Sanders came along, the world order had started to go in a bad direction. It’s gotten over-organized to the point that many groups have been left behind. I’m in favor of a shakeup, but this is just not at all what I had in mind. I was hoping for a thoughtful and considered reevaluation of the world order, and careful negotiation and proposals between nations. The possibility that the United States is going to take an "act now and see what happens" approach is very frightening. It’s not so much how President Trump handles the individual crises and problems that we have, but how he reacts to the crises he provokes if he follows through on his promises.
____________________