Space as a Field for Global Cooperation at PolicyWest 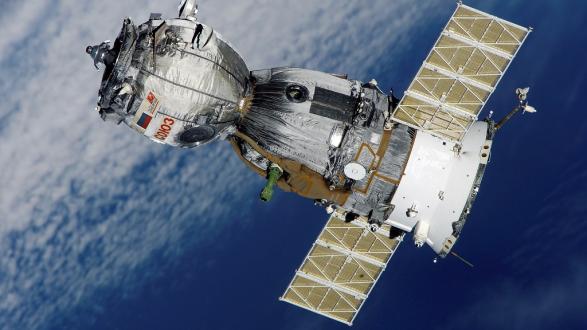 At PolicyWest on Oct. 12, the Pacific Council hosted a discussion panel titled, “The Final Frontier: Space as a Field for Global Cooperation and Competition.” The talk focused on international relations as it relates to space and analyzed whether or not cooperation or competition with other countries is important for the United States when moving forward in future space exploration. Therese Jones, senior director of policy at the Satellite Industry Association and Ph.D. candidate in policy analysis and Akhil Rao, the panel’s moderator and a Ph.D. candidate of economics at the University of Colorado Boulder recently spoke with the Lulit Tadesse, a USC graduate student participating in a foreign affairs reporting class in partnership with the Pacific Council, to discuss space regulation, commercialization, and cooperation.

TJ: One of the big issues that has come up is space sustainability and space debris, which everyone recognizes is a problem. Satellites crash into debris either from natural objects in space or debris from satellites colliding with each other. So everyone's kind of worried about this. But Russia has come out against a number of space sustainability-related initiatives that the rest of the world now agrees on. It seems to be more of a geopolitical [reason] like Russia, wanting to show their strength in disagreeing with the rest of the world, including China. China has been on board with a number of space sustainability initiatives. In terms of China, there are certainly issues - particularly surrounding intellectual property. What we see in China is copy technology. One of the more famous examples is they [China] were originally cooperating with the European Union when they were building their Galileo navigation satellites, which is the EU equivalent of GPS. China was originally part of that consortium, but they decided to back out, take all the technological secrets they learnt from that and then build their own system that was effectively identical. They were able to do that much faster because they don't have as many bureaucratic issues as the EU does.

Space Situational Awareness is an important task for space traffic management, but the Trump administration pushing to privatize many of the functions currently performed by government actors. What are your thoughts on SSA as an area where governments could cooperate across national boundaries, as opposed to private entities of (potentially various) nationalities providing services?

The way that the administration seems to be looking at it now is that the Office of Space Commerce will provide basic Space Situational Awareness services. So at minimum it’s at the level that the Department of Defense already provides internationally. And we think that level of cooperation internationally is really important because not everyone has the ability to get their own SSA data. We want to encourage everyone to be good actors in space. There are some commercial companies though that will continue to pay private companies for better data so that they can better manage their constellations or individual satellites. We think that will still be a market but the [U.S.] government should try to continue to engage other governments internationally, whether it’s just sharing data or trying to help them engage directly in providing data to this U.S. based system.

Who controls access to what you can do in space?

Under the Outer Space Treaty (the UN has four different peace treaties), but under the primary Outer Space Treaty, nation states are responsible for any actors within their jurisdiction. So if you launch from a country, if your owners are from a certain country, or if your company is based in a certain country, that makes that nation state responsible for whatever the commercial actors do. In some sense because the Outer Space Treaty was formulated right after the launch of Sputnik, they actually had a lot of foresight in thinking ‘oh, maybe nation states won't be the only ones operating in space.’ But that's the best way to make all these companies responsible is to have national oversight.

Q: With the commercialization of space there is a lack of private property rights or an inability for individuals to establish property rights. In what ways do you think this is an obstacle for commercial development and space exploration?

AR: Well in some ways it’s an obstacle and in some ways it's helpful. If people can’t secure rights over regions of the space that are in Earth’s orbit, then they’ll end up over-consuming the resource, which is the case when launching too many satellites and generating too much debris. This increases the risk of catastrophic collision, which can destroy satellites or rockets or other space traffic passing through the region. Some of these probabilities are so tiny. So even if it’s too high, you might still say ‘well it’s not something to worry about.’ There's still too much risk relative to what would be socially optimal and so this is the way in which I see the lack of property rights to be a problem. The way in which this helps, on the other hand, is that because there are no space orbital property rights or lunar ice property rights, you don't have to spend a lot of time negotiating with the owner of the orbital path that you'll need to get to your destination. Whether you think this is a net help or a net hindrance, I think the jury is still out on that.

The Trump administration seems focused on ensuring China and Russia do not surpass the United States in the advancement and development of space technology. Do you think this type of competitive attitude is helpful in discovering more about space and does it hinder any future for collaboration and advancement?

There are lots of ways in which existing policies which predate the Trump Administration hinder cooperation. So one of the things that came up during the PolicyWest panel was ITAR, the International Trafficking Arms Regulations. The most basic technologies are inherently dual-use technologies. So when you think about space technologies, you can think about rockets and scanners. Because these technologies are inherently sort of dual-use technologies, there are a number of regulations which kind of restrict their use. ITAR being one of them. ITAR hinders cooperation internationally because if someone in the United States develops a new kind of infrared scanner, they're not really able to collaborate with folks around the world to build some kind of scientific project together. This creates some duplication of effort. There are some companies in Europe, for example, who make scanners that are identical to the scanners made in the United States. The only reason those companies exist is because the folks who want to use those scanners aren't allowed to purchase them from the United States, so that definitely hinders cooperation, and that long predates the Trump Administration.

What are some of the benefits in cooperating with international space agencies?

Cooperating with international space agencies helps for science and it helps build trust between people and different nations, which helps the overall goal of making sure that we manage space traffic efficiently. Any sort of collaboration that builds trust and helps us see eye to eye helps that goal.

Lulit Tadesse is a USC graduate student participating in a foreign affairs reporting class taught by Professor Phil Seib, a collaboration between the Pacific Council and the Annenberg School of Communication and Journalism.