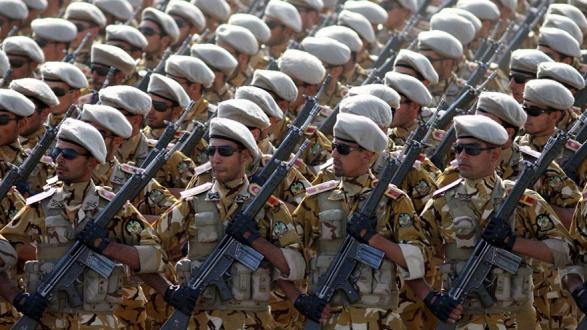 The term “post-COVID-19 world” has already entered our collective lexicon just as the “post-9/11 world” did more than two decades ago, and the “post-war world” did after the end of World War II.

Invoking the “post-COVID-19 world” reveals a sentiment that the world will never be the same again. However, the virus, rather than representing a rupture with the past, emerged as a shock but did not alter trajectories of international relations and globalization.

While the virus appeared in the 2020s, it serves as a magnifying glass to trends that began earlier, particularly conflicts in the Middle East. COVID-19 will accelerate, not reverse pre-existing regional political, sociological, and economic dynamics, particularly instability.

The invocation of a post-COVID-19 world has been expressed via a variety of media. For example, the Atlantic Council think tank featured a study entitled, “What world post-COVID-19? Three scenarios.” In the realm of business and economics, the magazine Forbes featured an article “Five Bold Predictions for the Post-COVID-19 World.” In terms of sociology, the BBC’s Future section published a piece titled “How personal contact will change post-COVID-19.”

Prevailing analyses clearly reflect a perception of the pandemic representing a rupture with the past. For the sake of comparison, the end of World War II represented a similar rupture in the collective imagination, with terms such as the “Atomic Age” emerging.

George Orwell’s essay, “You and the Atom Bomb,” offers insight for the present. Published in the London Tribune in October 1945, he predicted just a month after the dropping of the atomic bombs on Japan that these weapons would proliferate, and indeed by 1949, the USSR had obtained the bomb.

The term “regional Cold War” has been applied to the Middle East after 2011. Like 1945, 2011 and the COVID-19 pandemic of 2020 have only accelerated trends in the region rather than marking a temporal juncture.

Orwell asked back in 1945 what if “the great nations make a tacit agreement never to use the atomic bomb against one another?” In his assessment, what would emerge is “a permanent state of ‘cold war’” that would produce “peace that is no peace.”

Thereafter the term “Cold War” emerged as a temporal term to delineate the period from 1945 to 1991. However, the tensions between the UK and the United States on the one hand and the USSR on the other existed before World War II and persisted during that conflict despite their shared hostility to Germany and Japan.

The end of World War II accelerated those tensions and transformed the nature of the latent conflict before the war into one of deterrence and proxy conflicts after 1945. Rather than a rupture with time, Orwell introduced the term as a descriptive means as he anticipated the great powers would pursue their conflict through nuclear deterrence.

The term “regional Cold War” has been applied to the Middle East after 2011. Like 1945, 2011 and the COVID-19 pandemic of 2020 have only accelerated trends in the region rather than marking a temporal juncture.

Orwell wrote that “…the atomic bomb, so far from reversing history, will simply intensify the trends which have been apparent for a dozen years past.” Richard Haass of the Council on Foreign Relations argued in his April 2020 piece, “The Pandemic Will Accelerate History Rather Than Reshape It” that “COVID-19 will not so much change the basic direction of world history as accelerate it.”

Haass states that every crisis, like the pandemic, is not necessarily a temporal turning point, stressing that “the world following the pandemic is unlikely to be radically different from the one that preceded it.” Instead, “The pandemic and the response to it have revealed and reinforced the fundamental characteristics of geopolitics today.”

Haass primarily focuses on the American position in the geopolitical order. For example, Chinese-American tensions existed before the pandemic from Beijing’s resurgent naval power, to its 5G mobile strategy. The virus simply exacerbated these pre-existing geopolitical tensions. Haass’ assessment also offers a framework to analyze regional systems in the Middle East.

Saudi Arabia and Iran had always vied for hegemony in the Middle East, particularly over projecting power in the Gulf.

Saudi Arabia and Iran had always vied for hegemony in the Middle East, particularly over projecting power in the Gulf, even under Shah Mohammed Reza Pahlavi’s rule. When Iran became an Islamic Republic in 1979, those tensions were transformed and accelerated, as an Islamic republic challenged the legitimacy of the House of Saud rule over an “Islamic” kingdom.

The 2011 uprisings resulted in political vacuums in Yemen and Syria that intensified the regional cold war between Riyadh and Tehran. The pandemic has exacerbated this rivalry, inflaming pre-existing sectarian tensions in the Middle East, particularly among the Arab states scapegoating Iran and Shia Muslims who spread the disease in the region after visiting pilgrimage sites, as well as increasing tensions between Saudi Arabia and Qatar.

The UAE, even though nominally allied with Saudi Arabia in the regional cold war, sent medical aid to Iran, characteristic of its conflicted relationship with the Islamic Republic.

Collapsed health sectors have emerged in Iraq since 1991 and Yemen and Syria since 2011. The spread of the virus will prove to be a public health calamity in these states already enduring medical crises, such as renewed cholera outbreaks.

One would hope that COVID-19 will allow for a window of opportunity for a resolution of the regional cold war in the Middle East, rather than an acceleration of it.

Daesh had already mastered social distancing and shelter-in-place measures as a network of sleeper cells before its rise in 2014 and after its demise in 2018. The pandemic will hurt the ability of security forces to continue their war against Daesh. Daesh will benefit from riding out the pandemic without suffering a loss of its ranks.

Coming back to the Cold War, despite the superpower tensions between the United States and the USSR, they agreed to a global vaccination campaign under the auspices of the World Health Organization (WHO) from 1966 to 1977 to eradicate smallpox from the planet in one of the greatest public health achievements of the 20th century.

Pandemic experts warn that this global health crisis will last two more years. From an aspirational and normative perspective, one would hope that COVID-19 will allow for a window of opportunity for a resolution of the regional cold war in the Middle East, rather than an acceleration of it.