Climate Orientalism and the Middle East 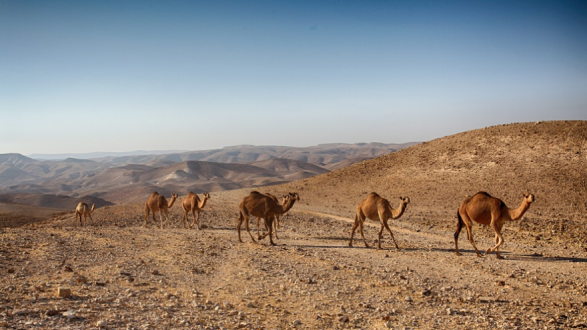 The 2019 summer heatwave serves as another reminder from mother nature of the extreme potential of climate fluctuations. The recent heatwave also provides an opportune moment to revisit how Edward Said’s Orientalism speaks to Western attitudes towards climate change, particularly a sentiment of Euro-American indifference as if it will only adversely affect the developing world.

European news agencies might be expected to focus on the heatwave on the continent given that is where their audiences are based. Nevertheless, in certain media outlets there was a Eurocentric bias embedded in covering the heatwave and climate change in general, neglecting how weather systems in the Sahara and the Middle East influenced Europe’s weather, and how some Gulf cities endured the highest temperatures on earth in June.

The divide between Europe and the Middle East is a geopolitical, geo-economic, and geocentric construct which set the two regions as binary opposites. Erratic weather patterns that do not respect national borders or continents remind us that this cultural and political division needs to be reimagined to address climate change.

The effects of climate change on the region

Climate change in the Middle East is projected to result in greater water scarcity, desertification, dwindling agriculture, and a rise in sea levels, which would particularly pose a threat to a region with most of its urban centers along the sea, from Doha to Beirut.

From a political ecology approach, various Middle Eastern states mismanaged their environmental resources, such as the Syrian state's handling of the nation’s drought that began in 2006. Indeed, there are states like Yemen where state fragility has impeded the nation’s ability to deal with climate change in the present and the future.

Climate orientalism manifests itself in varying degrees, such as projecting an image of primitivity onto the region, with the assumption that dysfunctional states in the Middle East lack the capacity to deal with climate-related challenges.

Both these states, like Iraq, have a high level of dependence on agriculture, second, a history of conflict, and third, discriminatory political institutions, where marginalized groups in these countries are less likely than others to receive government aid.

This combination leads to greater food crises, large-scale displacement, and more violence, where reduced farming income makes alternative sources of income such as insurgency, more attractive. Finally, warming climates would increase the range of vector-borne diseases. In Yemen, for example, warming temperatures would increase the area of mosquitoes carrying malaria.

Climate orientalism manifests itself in varying degrees, such as projecting an image of primitivity onto the region, with the assumption that dysfunctional states in the Middle East lack the capacity to deal with climate-related challenges.

Indeed, some states are beset by chaos, and individuals there care more about their daily survival than the looming dangers of climate change. Nonetheless, the humanitarian crises, caused by the Syrian civil war for example, have given states like Turkey, Jordan, and Lebanon, which bore the greatest share of housing refugees, an institutional capacity to deal with large scale displacements.

One hopes that climate refugees do not become a problem in the region, but this would require states to be proactive in their approach to climate challenges.

Middle Eastern states do not necessarily need an organization or alliance to cement a commitment to climate change, as a good number of regional organizations in the past have been largely symbolic, or fail to come to fruition.

It would require Middle Eastern states to cooperate on a regional level to address these environmental changes, such as cooperating over shared-water resources. However, regional security organizations like the Arab League or the Gulf Cooperation Council have been rendered redundant by the so-called Arab Spring that erupted in the region since 2011.

On the other hand, Middle Eastern states do not necessarily need an organization or alliance to cement a commitment to climate change, as a good number of regional organizations in the past have been largely symbolic, or fail to come to fruition, such as the “Arab NATO.”

At this moment what is needed among Middle Eastern states is the political will to deal with climate problems on the national and regional level.

Orientalism projects an image of people in the Middle East as indolent, lazy, and passive in the face of their fate. However, this blanket statement can also be said of how many in the West have also reacted to climate change, summed up eloquently in Catherine Ingram’s essay, "Facing Extinction":

"We carry on with business-as-usual and return to 'the matrix,' the illusion that things are fairly normal, where our ordinary problems, comforts and entertainments await our attention, just like in the movie. But we have now come to the point of 'amusing ourselves to death,' as Neil Postman put it in his 1985 book by that title."

There are numerous examples of both Middle Eastern men and women who form networks of scientists, engineers, and civil society organizations that have demonstrated agency within both state and society to mitigate the effects of climate change.

In Iraq, Azzam Alwash, a hydraulic engineer and environmentalist, was instrumental in the efforts to restore the marshes in southern Iraq that had been drained by Saddam Hussein in the nineties to flush out rebels there.

While the restoration of marshes due to Saddam’s vindictive political ecology policy was successful, the fate of the marshes today remains precarious due to climate fluctuations and mismanagement of Iraq’s water sources. Other Iraqis have joined transnational NGOs and advocacy groups, like the New York-based Waterkeeper’s Alliance to protect Iraq’s water resources.

International organizations and Western states and actors need to work with their regional counterparts, not in the form of environmental neocolonialism, but through authentic collaboration and cooperation.

In the United Arab Emirates, Habiba Al Marashi co-founded and serves as the Chairperson of the Emirates Environmental Group, an organization that conducts environmental education, and waste management and recycling campaigns, and who sits on various boards of UN agencies dealing with the environment.

In Joshua Busby’s Foreign Affairs article, "Warming World," he argues that climate change cannot just be tackled by a state-centric approach alone, but should include stakeholders such as subnational governments, private companies, NGOs, and dedicated individuals, working under a combination of international agreements and networks of organizations.

Indeed, the Middle East has such actors willing to address climate change as they will bear the brunt of its disruptions. International organizations and Western states and actors need to work with their regional counterparts, not in the form of environmental neocolonialism, but through authentic collaboration and cooperation.