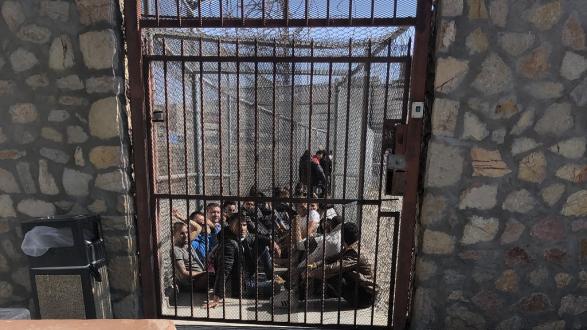 There is a real crisis at our border. An unprecedented surge in family unit (FMU) migration from Central America is overwhelming our border agencies and our immigration system. This crisis is endangering children.

In too many cases, children are being used as pawns by adult migrants and criminal smuggling organizations solely to gain entry into the United States. Because 40 percent of the U.S. Customs and Border Protection (CBP), U.S. Border Patrol’s (USBP) resources are currently absorbed in dealing with this crisis, the USBP is not able to effectively manage its other border security missions—apprehending migrants illegally seeking to evade detection, including criminal aliens and those who pose a public safety or national security threat, uncovering instances of trafficking, fraudulent family relationships, and other criminal activity among this population, and monitoring the border for drug smuggling and other contraband.

The surge in family unit migration will continue to soar, endangering more and more children making the treacherous 2,000-mile trek to our border and crossing illegally into the United States at dangerous and remote areas between ports of entry, until the dynamics causing this trend are changed.

To cover this gap, CBP will need to re-assign an increasing number of CBP officers stationed at ports of entry to assist the USBP in handling the surge in FMU migration.

The surge in FMU migration will continue to soar, endangering more and more children making the treacherous 2,000-mile trek to our border and crossing illegally into the United States at dangerous and remote areas between ports of entry (POE), until the dynamics causing this trend are changed. This change requires emergency action by the U.S. government (USG).

The changes proposed by this bipartisan panel, if all of our recommendations are implemented, could dramatically reduce migration of FMUs from Central America, help to eliminate dangerous and illegal border crossings, as well as improve the care of children who are brought on this harrowing journey by an adult. Implementing these recommendations is essential for the safety and welfare of children living in Central America and elsewhere who will continue to make this dangerous trek and risky border crossing until the USG implements the emergency actions we propose.

As the findings in our report reflect, the large-scale influx of FMUs is new, having increased dramatically in the last year by 600 percent. Over 53,000 FMU were apprehended last month alone by the Border Patrol, and at the current trajectory, that number of FMU apprehensions is likely to exceed 500,000 in Fiscal Year 2019.

After being held for several days at inadequate and overcrowded holding areas at USBP stations, most of the adults—provided they have a child with them and have stated that they fear returning to their country of origin—are issued Notices to Appear (NTA) at a later time before an immigration judge somewhere in the United States and then dropped at a local bus station or delivered to already overwhelmed non-profit shelters. The NTA, combined with long delays in the adjudication of asylum claims, means that these migrants are guaranteed several years of living (and in most cases working) in the United States.

To address this crisis in the near term, we recommend a different model for processing family units who have crossed our border illegally. While this model cannot be fully implemented without congressional support, some parts of the model can and should be implemented by the executive branch now and without delay.

Even if the asylum hearing and appeals ultimately go against the migrant, he or she still has the practical option of simply remaining in the United States illegally, where the odds of being caught and removed remain very low. A consequence of this broken system, driven by grossly inadequate detention space for family units and a shortage of transportation resources, is a massive increase in illegal crossings of our borders, almost entirely driven by the increase in FMU migration from Central America.

By far, the major "pull factor" is the current practice of releasing with a NTA most illegal migrants who bring a child with them. The crisis is further exacerbated by a 2017 federal court order in Flores v. DHS expanding to FMUs a 20-day release requirement contained in a 1997 consent decree, originally applicable only to unaccompanied children (UAC). After being given NTAs, we estimate that 15 percent or less of FMU will likely be granted asylum. The current time to process an asylum claim for anyone who is not detained is over two years, not counting appeals.

To address this crisis in the near term, we recommend a different model for processing FMUs who have crossed our border illegally. While this model cannot be fully implemented without congressional support, some parts of the model can and should be implemented by the executive branch now and without delay, while Congress considers and enacts the emergency legislation and supplemental appropriation recommended below. Although our full recommendations are reflected in the interim report, highlights of our key recommendations are as follows:

1. Establish and staff three to four Regional Processing Centers (RPCs) along the border, scalable and with sufficient capacity to shelter all FMUs apprehended at the border and, among other things, provide safe and sanitary shelter, to include medical screening and care, credible fear examinations, vetting for identity and familial relationship, and evaluations for public health and safety, national security, and flight risk.

2. Resource and require transport from USBP stations and POEs of all FMUs to an RPC, within 24 hours or less of apprehension.

3. Recommendations one and two will require an emergency supplemental appropriation with funding to cover the costs of, among other things, erecting and staffing the RPCs, transportation to RPCs to meet the 24-hour requirement and providing health care for minors. We recognize that this may require a supplemental of several billions of dollars for construction and administrative costs, but it is the only way to ensure treatment of migrant children that conforms to our values.

4. Until the RPCs can be established, steps should be taken immediately to relieve the POEs and USBP of all tasks unrelated to their law enforcement mission. That is, all transportation, medical, feeding, and caring for migrants should be the responsibility of non-CBP professionals who provide such services, whether by contract or applicable emergency government relief services. These are national security costs that should be included in the emergency supplemental budget request.

Congress Should Enact Emergency Legislation to:

5. Achieve Faster Asylum Processing. At a minimum, legislation is needed to modify asylum procedures, at least temporarily, so that a hearing and decision can be provided to family members within 20 or 30 days. We also are recommending that Congress immediately fund a substantial increase in immigration judges.

6. "Flores Fix"—Roll back the Flores decision by exempting children accompanied by a parent or relative, who is acting as the guardian of the child. DHS also should be given discretion to detain a close relative with a non-parent family member when this is in the best interest of the child.

7. Amend Section 208 of the Immigration Nationality Acts (INA) to require that border crossers make asylum claims at POEs. Simultaneously, CBP will be resourced to begin processing all asylum claims initially presented at a POE and put an end to metering. This can and should occur promptly after this recommendation and recommendations one and two, above, are implemented.

8. Amend the Trafficking Victims Protection Reauthorization Act (TVPRA) to permit repatriation of any child when the custodial parent residing in the country of origin requests reunification and return of the child. Currently, this is not permitted by the statute.

9. Enable CBP to take photographs and biometrics of children of any age in order to stem the recycling of children at the border and to rapidly determine the legitimacy of parentage claims.

10. Because the expansion of Flores is contributing to the flow of accompanied children, many who are of tender age, DHS should act promptly to limit it by emergency regulation until Congress acts on recommendation six above.

11. Office of Field Operations (OFO) POEs and USBP stations should be supplemented by contracted medical and transport professionals.

12. Enter into a North America Family Protection Initiative with Mexico that includes the elements of a Safe Third Agreement.

13. In cooperation with Guatemala, establish a secure shelter to process asylum claimants from Central America in Guatemala, proximate to the Guatemala-Mexican border.

Robert C. Bonner is a member of the Pacific Council on International Policy and was the first Commissioner of U.S. Customs and Border Protection.

Karen Tandy is former Administrator of the DEA.

The views and opinions expressed here are those of the author(s) and do not necessarily reflect the official policy or position of the Pacific Council.