Beyond Crimea: The New Russian Empire 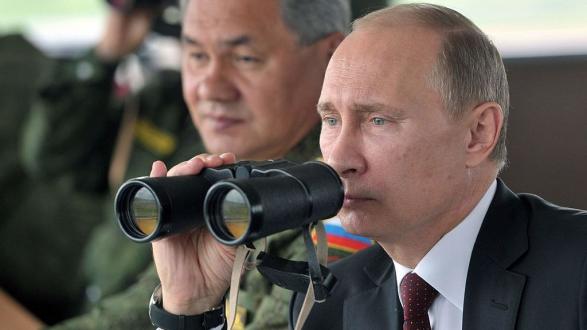 The following is an excerpt from Agnia Grigas’ forthcoming book, Beyond Crimea: The New Russian Empire.

The Drivers of Russia’s Imperial Revival

The Russian government, especially under the regime of Vladimir Putin, has consistently used the Russian minorities and Russian speakers residing abroad as a means of influence and expansion with the aim of ‘reimperialization’ of the former Soviet space. The policies of the Russian government, especially starting the mid-2000s, demonstrate an orchestrated effort to utilize Russian diaspora in post-Soviet neighboring states to extend its influence and expand its borders at opportune domestic and international moments. Reimperialization is the end of Moscow’s policies. The Russian diaspora – reconstructed politically as compatriots – have been the means.

Nonetheless, a number of questions remain about why, weighing its abilities and constraints, its costs and benefits, Russia would seek reimperialization. What are the causes, drivers and motives of the Russian elite and the government of Vladimir Putin to rebuild the Russian empire?

The ideological-historical, structural, political and economic drivers of Russian motives and interests have both unified themes and variation in regards to the different post-Soviet states. Putin’s regime has emphasized the ideological drivers of uniting the divided Russian nation and Russia’s mission in the world stemming from its unique cultural identity of Slavic and Orthodox Christian civilization. Russia’s self-perception is one of empire, and this ideology has been created over the many years of Russia’s history as a multiethnic imperial state where the Russian nation held a privileged position. As the Russian empire is strongly wedded to the Russian national psyche, so is Russian imperialism wedded to Russian nationalism. The Russian civilization, nation, and in turn diaspora figure prominently in Moscow’s ideological, historical and cultural rationales for reimperialization. In this unique blend of nationalist and imperialist ideology, the compatriots are parts of the ‘body’ of Russia and the Russian civilization.

The Russian empire has also historically served as means to Moscow’s security. Ukraine, Belarus and Moldova continue to serve as buffer zones from Europe and NATO, while the Baltic States (now NATO members) are sorely missed from Moscow’s zone of influence. Indeed NATO’s success in engaging every single former Soviet Republic in closer cooperation (not to mention granting the Baltics membership) and recurring talks for membership for say Georgia or Ukraine, have caused a violent (metaphorically and literary speaking) reaction in Moscow. Despite Tallinn’s, Tbilisi’s or Kiev’s right to choose their foreign policy, Moscow still perceives these states to as part of its neo-imperial project.

Within the security rationale for reimperialization, Russian compatriots play an important role. By taking over territories inhabited by Russian speakers, Moscow is able to establish stronger defenses and borders in comparison to taking over foreign and potentially less loyal territories. Furthermore, national security and power are in no small part a function of size. Russia’s population is less than half of that of the United States, about one third the size of the European Union and only one eighth that of China. Russia’s compatriot policy coupled with reimperialization enlarges Russia’s population and territories.

Another domestic factor in Russia’s drive for reimperialization, or perhaps more precisely an effort to hold on to its sphere of influence, is driven by the fear of and desire to contain the success of popular movements calling for regime change that have swept the post-Soviet space.

There are also economic motives in Russia’s imperial hold if not reimperialization of the post-Soviet space. Russia has worked hard to maintain the post-Soviet states in its economic fold by its Customs Union and Eurasian Economic Community projects. However, the alternative of EU membership held notable appeal for a number of CIS states, including Georgia, Moldova, Ukraine, Armenia and Azerbaijan who defied Moscow and started negotiating Association Agreements and working to meet its conditionality requirements. It is no coincidence that flashpoints between Russia on the one hand and Moldova, Georgia, Armenia and Ukraine on the other occurred when the said countries were seeking closer ties to the EU. The resulting conflict and challenges to Moldova’s, Georgia’s and Ukraine’s territorial integrity will serve as a significant hindrance to these states’ aspirations to join the EU in the future. Moreover, when assessing Moscow’s economic interests and motives for reimperialization, it is imperative to understand that the Russian economy is driven by natural resources. Countries that either possess natural resources or provide land and sea routes to export natural resources to other markets are and historically have been potential targets of Russia’s expansion.

Moscow’s efforts at imperial revival will certainly bear economic costs. While Russia’s ongoing energy stronghold has somewhat curtailed the West’s ability to impose biting economic sanctions against Russia following Crimea’s annexation in 2014, even the minimal sanctions made a significant impact in less than a year. However, these costs notwithstanding, there has been no sign that either economic pressure or international isolation has deterred Russia’s expansionist strategy post-Crimea. This suggests that historical-ideological, domestic political and security issues, rather than economic drivers, have been paramount in Putin’s efforts to challenge the borders of the former Soviet republics.

Agnia Grigas, PhD, is a non-resident Senior Fellow at the Atlantic Council and a member of the Pacific Council on International Policy. This article is an adopted excerpt from her new book Beyond Crimea: The New Russian Empire (Yale University Press, 2016). Follow her @AgniaGrigas.