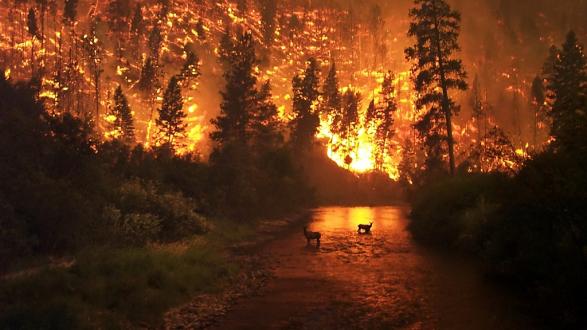 Rain arrived last week, giving weary Australians a break from fighting the bushfires. But with ruins still smoldering, Australians have signaled their intention to learn from the unfolding tragedy by requiring fundamental change to fighting fire. Prime Minister Scott Morrison flagged a possible investigation by a royal commission and the state of Victoria announced its plan to embark on a separate inquiry.

In vowing to learn from calamity, Australia follows a history of communities using catastrophic fire to make long lasting improvements in fire safety. Only this time, Australia will need to consider not only how it can reform traditional fire safety measures, but also how the growing influence of climate change could worsen fire risk.

Communities around the world, since at least the burning of Rome in the first century, have used the moments after calamitous fire to embark on wide scale reform. Emperor Nero, who according to legend fiddled while Rome burned, imposed new requirements designed to reduce future risk, including new height restrictions for all buildings. When fire destroyed a majority of London in 1666, Parliament created what is widely considered the first modern building code with passage of the London Building Act.

In 1871, after a cow supposedly knocked over a lantern igniting a fire that destroyed 17,000 buildings, Chicago embraced new fireproofing rules, including the use of fire resistant construction materials. In 2009, after Australia witnessed the destruction caused by 400 bushfires igniting in a single day, now referred to as Black Saturday and branded as “one of the darkest days” in the peacetime history of Australia, the country used the moment to adopt radically improved firefighting measures like enhanced early warning systems and complete overhaul of evacuation protocols.

As Australians insist on answers, one issue will undoubtedly overshadow all deliberations, namely, what the role of climate change plays in fire risk.

All the unprecedented destruction of the bushfires this year has already caused Australians to once again seek answers on how to prevent future catastrophes. Australia will want to examine the performance of its early warning systems, building codes, and evacuation protocols. It will need to consider whether the changes made after Black Saturday provide enough protection against more fires going forward.

Similarly, land use practices deserve reconsideration. In other words, should Australians now retreat from “flammable places”? Another critical area of renewed focus should be the use of controlled burns, the intentional ignition of fires to reduce dried vegetation and other flammable materials that can serve as fuel.

In parts of Australia, indigenous people have used controlled burns as a fire management practice for generations. Although the Black Saturday royal commission recommended controlled burns, the state of Victoria reportedly conducted just half of the fuel reduction burns it had planned for 2019 and burned only a third of the recommended land. Firefighting techniques as well as the training and equipping of firefighters certainly also deserve scrutiny. The approaches have not substantially changed in more than a century, even though land use and fires themselves have.

As Australians insist on answers, one issue will undoubtedly overshadow all deliberations, namely, what the role of climate change plays in fire risk. Almost seven in 10 Australians now believe that climate change is indeed worsening bushfires, and the portion of Australians worried about climate change jumped by 10 percentage points as compared to last summer.

Only with an understanding of the effect of warming temperatures on fire risk can Australians make the right choices to best manage this issue.

The concern appears well founded as the latest science indicates that climate change may increase fire risk by bringing hotter and drier conditions that make fires more likely. Last year was the hottest and driest on record in Australia in more than a century. Climate change can also drive bigger fires. According to the New South Rural Fire Service, bushfires this year are unprecedented in size and scale for this point in the fire season.

The destruction suffered by Australia, across an area at least as large as the state of Washington, has created a pivotal moment. As they had after Black Saturday, government leaders have the opportunity to drive large scale improvements to fire preparedness. In putting that moment to use, they will need to squarely confront the issue of climate change.

Indeed, climate change is no longer an issue of the distant future. Its impacts have tragically manifested in the present. Australians must work to understand how warming temperatures will affect bushfire dynamics over the coming years. Only with an understanding of the effect of warming temperatures on fire risk can they make the right choices to best manage this issue.

Alice C. Hill is a Pacific Council member, a retired judge, and a research fellow at Stanford University’s Hoover Institution.