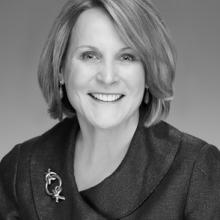 Retired Judge Alice C. Hill is a Research Fellow at the Hoover Institution at Stanford University where her work focuses on preparing for the destabilizing impacts of climate change. Prior to joining Hoover, she served in the Obama administration as Special Assistant to the President and Senior Director for Resilience Policy for the National Security Council.  While at the White House, Judge Hill led the development of national policy regarding national security and climate change and preparing for catastrophic hazards, including the impacts of climate change.  Judge Hill previously served as Senior Counselor to the Secretary of the Department of Homeland Security (DHS) and as an ex officio member of the Federal Advisory Committee for the National Climate Assessment.  She is also the founder and first Chairperson of the internationally recognized Blue Campaign, an initiative to combat human trafficking.

Before joining President Obama’s administration, Judge Hill served as Supervising Judge on both the Superior and Municipal Courts in Los Angeles and as Chief of the white-collar crime prosecution unit in the Los Angeles United States Attorney’s Office.  Judge Hill has received numerous awards, including the National Institute of Building Sciences President’s Award (2017) and Harvard University’s National Preparedness Leadership Initiative’s “Meta Leader” of the Year Award (2015).

She received her BA from Stanford University and JD from the University of Virginia School of Law.

Australia Must Consider Climate Change’s Impact on Fire Risk
Building Coastal Resilience for Greater U.S. Security
2017 Was a Record-Breaker—And Not In a Good Way
After the Storms: Rebuilding with Climate Change in Mind