Anwar Gargash: Keeping the UAE "Part of the Global World" 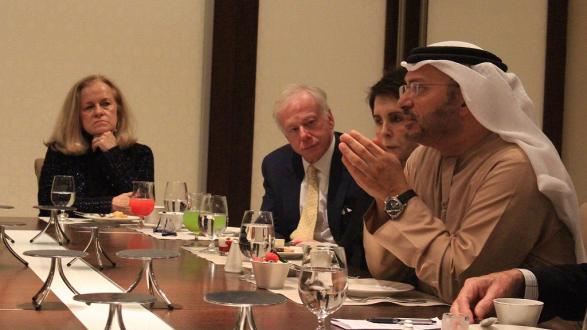 Dr. Gargash is one of the main public voices of the UAE government. Beyond his ministerial positions, he served as Chairman of the National Elections Committee, overseeing the country’s first election in 2006 and subsequent elections in 2011 and 2015. He is also the Chairman of the National Committee to Combat Human Trafficking, the Chairman of the Board of Trustees of the Al Owais Cultural Foundation, a member of the Board of Trustees of the Emirates Diplomatic Academy, and he leads the UAE team for the Human Rights Periodic Review.

The UAE is one of the most successful countries in the Middle East economically. It is the region’s third largest economy after Saudi Arabia and Turkey, valued at $400 billion. According to Gargash, much of the country’s economic success is due to its diversity.

"We’ve got to be part of the global world. We’ve got to benefit. If we retrench, we will be left back. The world is not going to wait for us.

The UAE has greatly benefited from globalization, said Gargash. The country hosts the fourth largest British community after the United States and Spain, the fourth largest Australian community, about 30,000 French citizens, and some 60-70,000 Iranians. Gargash said that despite obstacles, remaining open is necessary for the security and stability of the UAE.

"It’s not easy to maintain," Dr. Gargash admitted. "It’s actually very difficult. But our feeling is that we’ve got to be part of the global world. We’ve got to benefit. If we retrench, we will be left back. The world is not going to wait for us."

Remaining diverse and open is also crucial in maintaining a strong Arab-led workforce, he explained. He noted a recent survey of regional Arab youth on where in the world they would most like to work. The UAE usually came first, he said, followed by the United States or Germany. Young Arabs like the fact that while they’re in a familiar environment, they can lead a more liberal life.

Gargash also talked about the sometimes-tenuous relationship with the United States. For the UAE, it’s crucial: it is the most important bilateral relationship there is. But he argued that the relationship is also key for Washington, as the UAE is America’s largest trading partner in the region.

The Obama administration’s primary failure, according to Gargash, was the Iran nuclear deal. Gargash said that he believes Obama’s perception of the Iran deal was too naïve. Though the Iranian people are largely moderate and want to open up to the world, Iran is led by a clergy. "The regime [in Iran] is always insecure because it knows citizens want something else," argued Gargash.

"The regime [in Iran] is always insecure because it knows citizens want something else." 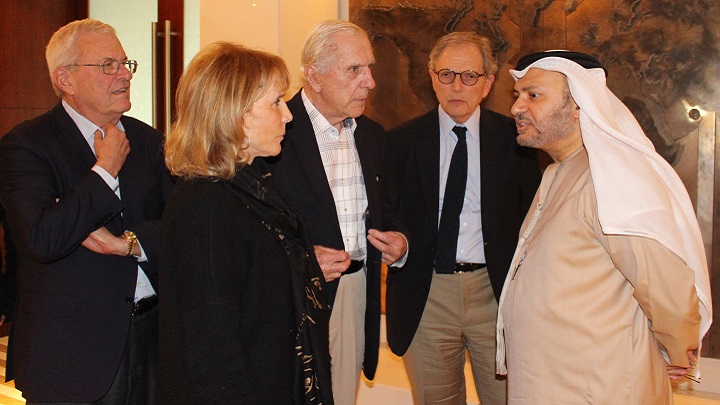 The UAE distinguishes itself from other neighboring countries in that it does not see itself as an Islamic nation. Gargash said that this distinction makes them a frequent target of Islamic extremists. The UAE is not anti-Islam, explained Gargash, but rather anti-political Islam, which more closely related to the Iranian form of government. The UAE does not regard religion as a political system, and instead values the inclusion of people of different faiths and backgrounds in UAE society.