Announcing: Edgerton Series on Responding to a Rising China 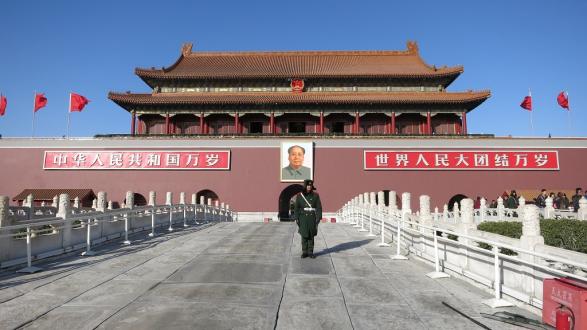 The Pacific Council and the Edgerton Foundation are pleased to announce the launch of a new Edgerton Series on Responding to a Rising China.

The series, made possible by the generous support of Bradford and Louise Edgerton’s foundation, aims to provide proactive and forward-looking solutions to some of the most complex local, regional, and global issues facing the United States and China today, through regular engagement in debates and discussions with the foremost experts in Chinese affairs.

“We are witnessing a profound change in the foreign policy options for the United States due to the rise of China,” said Brad Edgerton. “With their growing ‘soft’ economic power we have seen China step forward to assert their place as a rising superpower in the international system.

"The implications for the United States are multiple: how do we best respond to Chinese challenges ranging from trade and intellectual property and manufacturing policies to militarization of the South China Sea and space and cyberspace, plus the Belt and Road and Made in China 2025 initiatives? There are many dimensions to this increasingly competitive relationship that require thoughtful, measured, and creative responses.”

"The Pacific Council will enlist some of the brightest independent thinkers to offer solutions to these issues for our membership and the Los Angeles community in this speaker series over the next two years."

The first installment of the series, taking place on February 13, will feature a discussion with Ambassador John Negroponte on the U.S.-China relationship, the evolution of U.S. security priorities since the creation of the Office of the Director of National Intelligence (DNI), and U.S. leadership priorities in 2019.

Negroponte has served as U.S. ambassador to Honduras, Mexico, the Philippines, the United Nations, and Iraq. In Washington, he served twice on the National Security Council staff, first as director for Vietnam in the Nixon administration and then as deputy national security advisor in the Reagan administration. He has also held a cabinet-level position as the inaugural DNI in the Bush II administration.

“The Pacific Council will enlist some of the brightest independent thinkers to offer solutions to these issues for our membership and the Los Angeles community in this speaker series over the next two years, with support from the Edgerton Foundation,” said Edgerton.

The Pacific Council will also host its eighth and final installment of the Edgerton Series on Iran and Turkey on January 30, featuring a discussion on the future of U.S.-Iran relations. Since 2014, the series has examined Turkey’s presidential elections, Iranian nuclear negotiations and ISIL, Erdogan’s influence, U.S.-Iranian relations since the 1979 hostage crisis, Turkey’s declining democracy, the Iran nuclear deal, and Iran’s presidential elections.

Learn more about the Edgerton Series on Responding to a Rising China.