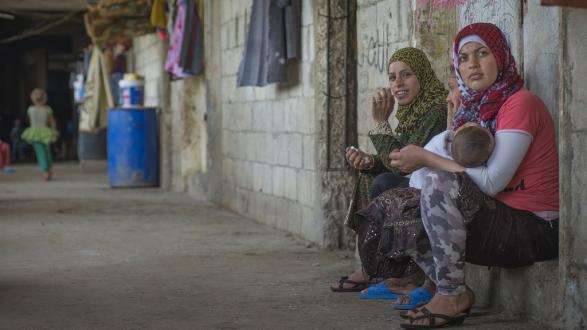 Around the world, women and girls are disproportionally impacted by conflict. In addition to the ongoing threat of violence, they overwhelmingly carry the burden of displacement and are subjected to heightened levels of sexual exploitation and domestic violence.

The civil war in Syria is no exception to this: Of the more than three million people that have fled the country in the past four years, four out of five are women or children.

At the same time, the Syrian conflict has opened up a space for women to shed traditional gender roles and shape the nation’s civil and political discourse. Women have taken leading roles in producing alternative media sources and advocating for a peaceful political settlement to the intractable conflict. They also lead community initiatives to support income generation and continuing education programs. In this respect, a woman's role in Syria "has evolved beyond the image of the docile Arab woman... [and] we are seeing them involved… in the political work, [both] on the opposition and regime side," says Randa Slim of the Middle East Institute.

“What we are aspiring for is not only participation. We are aspiring to be the decision-makers. And we have a long way to go.” - Mouna Ghanem, founder of the Syrian Women’s Forum for Peace

As UN Special Envoy for Syria Staffan de Mistrua looks to resume peace talks in the coming weeks, women must be allowed a seat at the Syrian negotiating table. This makes sense not only in light of Syria’s evolving gender norms, but also based on lessons learned from the past: a recent study of 182 peace agreements shows that accords are 35 percent more likely to last at least 15 years when women actively participate in their negotiation.

Just check out this graphic, courtesy of Inclusive Security: 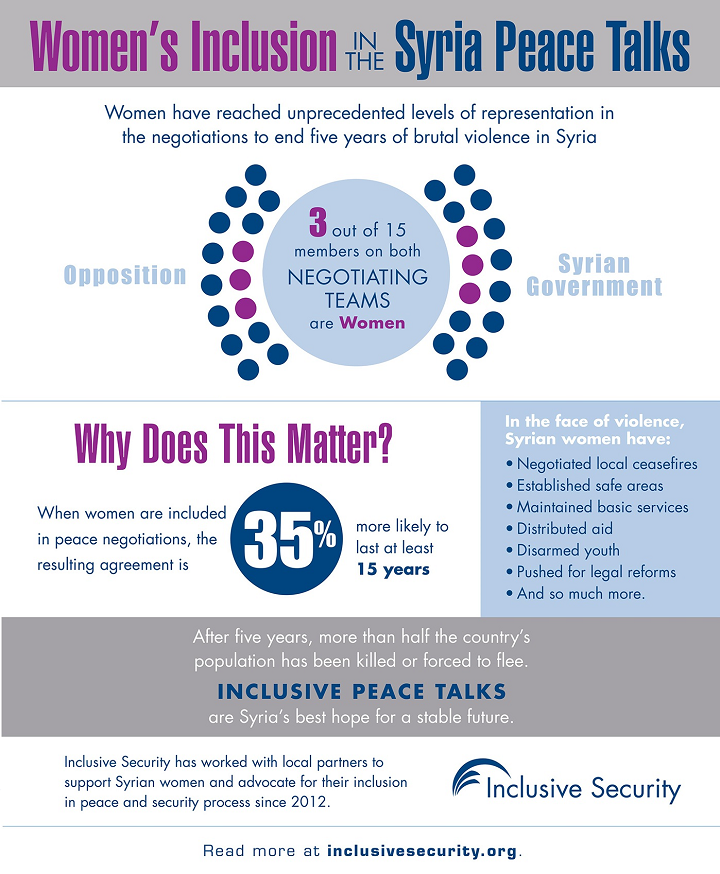 Notably, Special Envoy Mistrua has made some recent strides towards greater inclusivity by establishing the first formal Women’s Advisory Board and fostering unprecedented female representation on both sides of the table. But for Syria’s female leadership – both domestically and on the international stage – this is just a start.

Amie Kashon is the Membership Officer at the Pacific Council on International Policy.