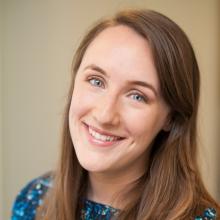 Amie Kashon is the Chief Initiatives Officer at the Pacific Council on International Policy, where she supports the Council’s ongoing work in specific issue areas in which the organization is poised to have impact. At present, these include the Global Los Angeles Initiative, the Global Water Scarcity Project, the Mexico Initiative, and the Guantánamo Bay Observer Program. She also supports the organization’s ongoing efforts in inclusion and diversity. Prior to this role, Amie was the Senior Events Officer at the Pacific Council, where she oversaw the strategy and production of all Pacific Council conferences, in person events and teleconferences. She has served in a variety of roles in events, membership, and development since her start at the Pacific Council in 2013. Previously, she worked with the UN Refugee Agency (UNHCR), where she was responsible for monitoring and reporting on the Second (Economic and Financial) and Sixth (Legal) Committees of the General Assembly and the Security Council. She received a Bachelor’s degree in Diplomacy and World Affairs magna cum laude from Occidental College and was elected to Phi Beta Kappa. Outside the office she is an avid fiction reader, swimmer, and runner.