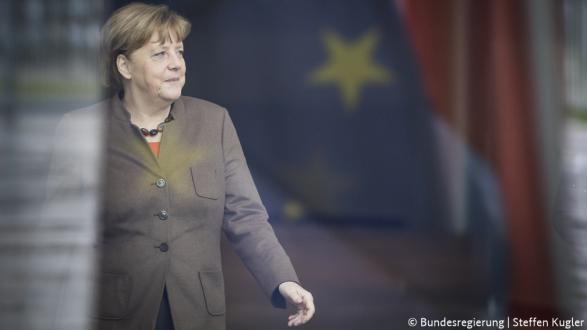 By:
John B. Emerson

In the summer of 2013, eight weeks after I arrived in Berlin as the U.S. Ambassador to Germany, news broke of the NSA scandal involving Chancellor Angela Merkel’s cell phone. Until then, the larger German concern was the impending U.S. “pivot to Asia” and what it would mean for the transatlantic relationship. And so, while the German public was outraged by the spying allegations, the concerns of many in government and civil society were less about “being listened to” and more about the likelihood that the scandal would undermine that crucial partnership.

But why? During the early post-war years, the transatlantic partnership was born out of a commitment to the European project, with the goal of a fully democratic Europe that was whole, free, and at peace. It was a project fueled by a commitment to mutual security, prosperity, and trust, and it has proven to be one of the great success stories of world history. But as a result of the explosive spying disclosures, its foundational trust was badly shaken, jeopardizing its stability.

German angst about transatlantic ties has once again come front and center.

Through three years of work together on a multitude of emerging challenges—Russian aggression in Ukraine, the rise of ISIL and the mestastizing of terrorism in Europe, the civil war in Syria and the flood of immigrants to Europe (and Germany in particular), Brexit, Ebola, and COP 21—we were able to rebuild that trust. This reconstruction was best illustrated by the extraordinarily close partnership that developed between Chancellor Angela Merkel and President Barack Obama, who made a point of taking his last presidential trip overseas to “visit my good friend Angela Merkel.”

With the election of a new President, who campaigned on a foreign policy platform more isolationist in nature than the long held bipartisan consensus in administrations going all the way back to the Marshall Plan, and whose campaign included disturbing assertions about NATO, the EU, and Germany in particular, German angst about transatlantic ties has once again come front and center. While the President pushed back on the isolationist label in his recent joint press conference with the Chancellor, his declarations of “America First” and his pursuit of policies and budget priorities that reinforce an American retreat from global engagement are far more reflective of reality.

A regular participant in last month’s annual Munich Security Conference told me in Berlin recently that while past conferences focused on Russia, terrorism, and Eurozone economics, the primary concern this year was the United States.

Our allies are critical to successfully defeating ISIL and winning the peace, and deterring Russian aggression.

This is not just a German concern, either. Having just celebrated the 60th anniversary of the Treaty of Rome and witnessed the formal beginning of the Brexit process, European op-ed pages and transatlantic think tanks are filled with dire predictions about the future of Europe. Is European integration and the dream of a Europe whole, free, and at peace, slowly beginning to crumble? Will the populist surge that gave us Brexit and Donald Trump continue in the upcoming French, German, and EU elections? And is the United States deserting Europe at this consequential moment?

With Russia aggressively pursuing a hybrid warfare approach in Europe through overt and covert support of right wing, anti-Euro populist movements, as well as a sophisticated propaganda effort on the internet and through traditional media (let’s not forget that it has been reported that Russia hacked into the Bundestag email system—well in advance of this fall’s federal elections), the unwavering commitment of the United States to the European project becomes more important than at any time since the end of the Cold War.

Deep engagement with our European allies, in both NATO and the EU, is in our national interest; indeed, indispensable to it. Consider the following:

The most severe challenges we face globally–nuclear proliferation, climate change, cyber threats, and global terrorism–cannot be solved solely by unilateral U.S. or European action (or by inaction).

Europe likewise has a lot of work to do in order to maintain our strong transatlantic partnership. NATO members must honor the 2% of GDP commitment made in 2014. Intelligence gathering and sharing, currently balkanized among our European allies, needs to be more robust. The EU (and Germany) should get past their 20th century approach to privacy, and recognize that we need rules that are reflective of how data moves in the global economy. The EU and its member states must invest more in internet infrastructure and cybersecurity. The EU and the U.K. must negotiate a Brexit that, if possible, enhances rather than detracts from the strength of the alliance. European leaders need to push back more aggressively against anti-American sentiment, which hobbles efforts to successfully conclude agreements such as TTIP. The EU needs to reform how it negotiates trade agreements, so that negotiators don’t have to answer to multiple bosses, and a single province of a single member state cannot hold up the enactment of a fully negotiated agreement (as was the case with CETA). And the EU needs to reform its regulatory processes, which give rise to resentment and grassroots frustrations in the member states.

Only by addressing these concerns on both sides can we be confident that the European project will continue to thrive and progress in the face of today’s challenges.
____________________