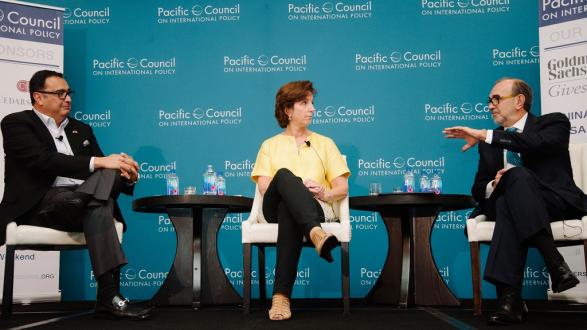 The strategic relationship between the United States and Mexico is more important than ever, U.S. Ambassador to Mexico Roberta Jacobson and Mexico’s Ambassador to the United States Carlos Sada told Pacific Council members during Members Weekend 2016. The two ambassadors discussed the North American Free Trade Agreement (NAFTA), security cooperation between the two countries, the impact of the U.S. presidential election, and more.

The discussion was moderated by the Honorable Michael C. Camuñez, chair of the Pacific Council’s Mexico Initiative and the President and CEO of Manatt Jones Global Strategies.

Camuñez began the discussion by highlighting the unique connection between Mexico and the United States. The two countries, he said, "share deep heritage, history, language, culture, and trade and commerce."

"That latter part of the relationship is often not well understood, much less articulated in the press and elsewhere," Camuñez added.

Ambassadors Sada and Jacobson agreed. "There is a perception that, even though we are neighbors, partners, and friends, we do not know each other so well," said Sada.

Jacobson said that over the last several years Mexico has transformed itself through a series of economic and political reforms. These improvements have moved the country’s economy "leaps and bounds ahead," she explained. Despite this, "the perception of Mexico in the United States [has not] necessarily kept up with the reality of Mexico," said Jacobson.

"There is a perception that, even though we are neighbors, partners, and friends, we do not know each other so well."

When asked to comment on NAFTA – a heated topic of conversation in the U.S. presidential election – both ambassadors defended the trade agreement. In terms of popular perception, Jacobson said that part of the problem is that NAFTA was originally sold as an unrealistic panacea for a number of issues between the United States and Mexico.

"It was presented as if it could make all of the economic, political, social, demographic changes that we wanted to see both in the relationship [between the United States and Mexico], and in Mexico itself, as if a free trade agreement took care of all of that," she said. "In fact, it never could. What we have seen in the years since NAFTA is a [major] increase in trade, which is what free trade agreements are designed to do." 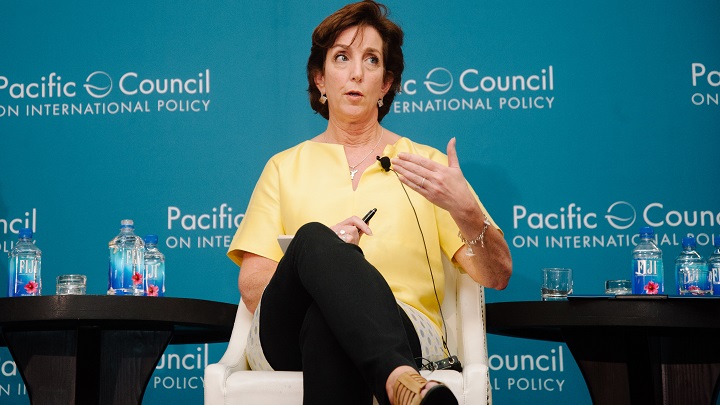 NAFTA, according to Jacobson, has been "an overwhelming success."

Ambassador Sada added that the perception of NAFTA in Mexico is very different now than when it was first enacted nearly 23 years ago, due in large part to the changing demographics of the country.

Jacobson also took an opportunity to explain how the relationship between the United States and Mexico is unique in the context of bilateral trade.

"What I think is not well understood is how our trade relationship with Mexico is different than, say, our trade relationship with China. Every dollar’s worth of import into the United States from Mexico has 40 cents of U.S. content in it," she said. "The equivalent amount of product that comes into the United States from China has 4 cents [of U.S. content]. We’re not just importing from Mexico or exporting things to them, we’re actually making products together."

"We are totally intertwined in our economies," Sada added.

One underappreciated aspect of the U.S.-Mexico partnership is the robust security alliance between the two countries, carried out under the auspices of the Merida Initiative.

"We tend to forget that we share a 2,000-mile border with Mexico," said Camuñez. "America needs to wake up to the fact that Mexico has our back. In an age of security, terrorism, the real risk of dirty bombs and other things that get smuggled to different places, we are so fortunate to have the border that we do with Mexico."

Jacobson agreed that the security relationship between the United States and Mexico is misunderstood. Mexican leaders themselves, according to Jacobson, have not been eager to talk about the partnership publicly. "The notion that the Mexican government is doing an enormous amount to help secure the United States is not something that has been politically popular in Mexico," she said.

"America needs to wake up to the fact that Mexico has our back."

But perhaps the most notable success to come from the Merida Initiative is a "habit of cooperation," added Jacobson. "Ten years ago, there was no such habit of cooperation between our security forces, law enforcement agencies, intelligence, and governments in general. Today, it’s extraordinary how they work together," she remarked.

"We are together in this," concluded Sada. "If we do not have a profound degree of cooperation and collaboration, both countries will be much less safe."

On the U.S. presidential election:

When asked by a Pacific Council member to comment on the current presidential election in the United States, Ambassadors Sada and Jacobson expressed some concern over the long-term impact of campaign rhetoric on the U.S.-Mexico relationship. 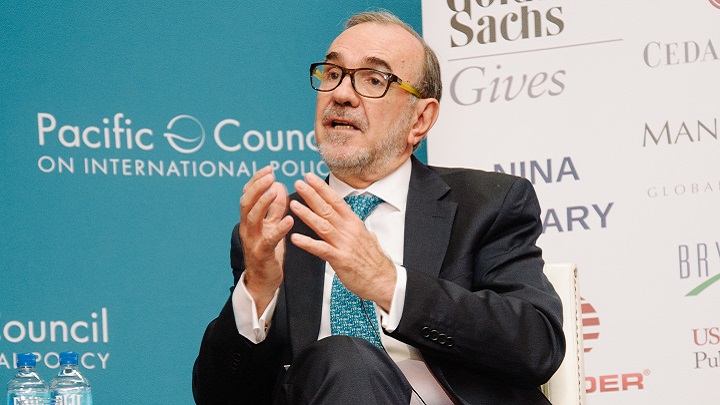 "This is something that is very pernicious," said Sada. "We are very concerned about what happens after the election, no matter who wins. The damage has already been done."

According to Jacobson, the overwhelming reaction in Mexico to the recent visit of the Republican nominee and the election in general has been one of confusion and incredulity.

People in Mexico fear very deeply that "it won’t go back to normal after this," she explained.