After Liberating Mosul from ISIL, the Hardest Part Begins 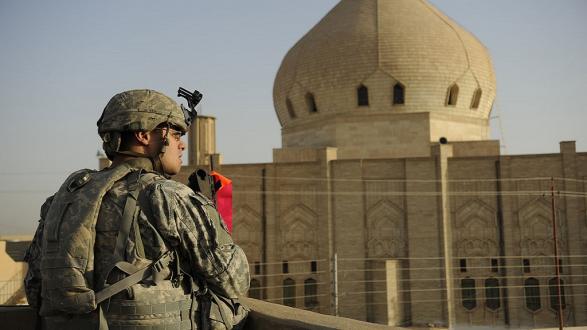 The hardest part of the battle to retake Mosul will come after ISIL is driven out, Dr. Jessica Ashooh and Dr. Renad Mansour told Pacific Council members during a Situation Briefing teleconference on November 10, 2016. The discussion was moderated by Dr. Mietek Boduszynski, assistant professor of politics at Pomona College.

Ashooh is deputy director of the Middle East Strategy Task Force at the Atlantic Council’s Rafik Hariri Center for the Middle East. Mansour is an academy fellow at the Chatham House’s Middle East and North Africa Programme.

"There have been some signs of hope in the military battle," said Mansour, who has been traveling around Iraq the last few weeks. "There will be complications, but in the end ISIL will be removed from Mosul. The issue is, we don’t have any sense of what type of political agreement or compromise has been reached between these different groups for what comes next, because once ISIL is removed there will be a security vacuum. To some extent the military battle is the easiest part and being done quite effectively, but unfortunately we’re all wary of what might come next."

Mansour said that the Iraqi army and police are leading the frontlines of the fight by moving into the city of Mosul and clearing it of ISIL fighters. Supporting them are Shia militias known as popular mobilization forces, who have pledged not to get directly involved because of certain sectarian fears that Sunni residents in and outside of Mosul have. ISIL, on the other hand, is using suicide car bombers and human shields in their urban warfare campaign to hold the city.

"Once ISIL is removed there will be a security vacuum."

"In general, the spirit amongst Iraqis who I’ve met, from the political elite to the people on the street, is very high," said Mansour. "There is this general sense of mood that 'finally we’re combating ISIL.' There is also collaboration and cooperation between the Kurdish Peshmerga and the Iraqi army and police, something that just a few years ago would have been seen as impossible because these are two antagonistic forces."

Ashooh agreed that regional players need to start thinking about what will happen after ISIL is removed from the city.

She added there has been a divide between Mosul and Baghdad since 2003.

"The problem of Iraq that we’re facing today is that sectarian issues have been laid upon governance issues," she said. "So instead of people fighting over political parties and matters of policy, they’ve reduced their political dialogue to sectarian identities. That’s really a problem because if something is a policy issue you can negotiate it, but it becomes much more difficult if it’s sectarian or religious."

"Lots of people will be eager to counsel President Trump on Iraq. I hope he’s open to listening to their experience."

Ashooh said she disagreed with the notion that Iraq is a different case than other countries in the region because it did not experience an Arab Spring event.

"I would say that the ISIL takeover of Mosul was Iraq’s version of an Arab Spring uprising because there had to have been a certain level of acquiescence and of people being fed up with the federal government and wanting to burn the place down," she said, adding that this was aided by an incredibly savvy social media campaign by ISIL.

Ashooh also discussed the presence of Turkish troops in northern Iraq, which further complicates operations like the Mosul battle.

"Turkey right now has 2,000 troops stationed in northern Iraq – which the Iraqi government considers invading forces – to guard against the possibility of Kurdish forces they consider terrorist groups from being able to establish their reach near the Turkish or Syrian borders," she said. "Turkey is looking to make sure that Kurdish factions do not make territorial gains in this battle as well."

Ashooh added that there needs to be a process of negotiation between these regional powers if the situation is to be stabilized after ISIL is cleared from Mosul. Among those players is the United States.

"Lots of people will be eager to counsel President Trump on Iraq," she said. "I hope he’s open to listening to their experience."