Is the War in Afghanistan Really Over? 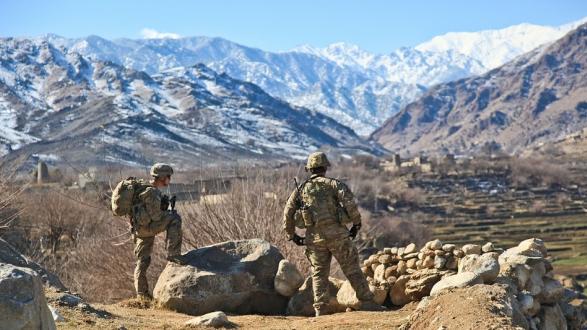 Read takeaways from this conversation here.

A Staying Connected Series teleconference on the state of the Afghanistan War and how the conflict will evolve in the years ahead.

There are soldiers in Afghanistan today who were not even alive at the time of the 9/11 attacks. The war in Afghanistan has lasted longer than World War I, World War II, the Vietnam War, and the Korean War combined. Recently, the Trump administration forged a peace deal with the Taliban and Afghan government. However, defensive airstrikes in the first few days of March threaten to dismantle the resolutions. Conflict in the Middle East is known for surges of violence and failed reconciliation attempts, but the United States is still hoping to break this pattern. As the Washington Post reported in its Afghanistan Papers last fall, the war has been plagued by problems since the beginning and many officials painted an inaccurately rosy picture of how the war was going.

Why has getting out of Afghanistan been more difficult than leaving Vietnam or Korea? How can we expect to see this conflict evolve in the coming years? What is the most probable outcome of ending U.S. engagement in Afghanistan?

*In an effort to increase access to this important information, we are opening our teleconferences to the public. If you are not a member and interested in tuning into this call, please click this link to sign up.*

Scott Smith is a senior technical advisor on Afghanistan at the U.S. Institute of Peace. He was previously the director of USIP's Afghanistan and Central Asia Programs between 2012 and 2016. From 2017 to 2019, he was the director for political affairs at the United Nations Assistance Mission in Afghanistan. Read more.

Dr. Felbab-Brown is an expert on international and internal conflicts and nontraditional security threats, including insurgency, organized crime, urban violence, and illicit economies. Felbab-Brown is the author of “Aspiration and Ambivalence: Strategies and Realities of Counterinsurgency and State-Building in Afghanistan” (Brookings Institution Press, 2013). Read more.

Thomas Zimmerman started his career working in Kabul, Afghanistan, with American Councils for International Education. After working on Barack Obama’s 2008 Presidential campaign, Thomas joined the Pakistan Desk at the Department of Defense before moving to the White House to serve as Special Assistant to the National Security Advisor. Read more.

COVID-19 & IRAN'S POLITICAL FUTURE
REP. ADAM SCHIFF ON THE CONGRESSIONAL RESPONSE TO COVID-19
The Dragons and the Snakes: How the Rest Learned to Fight the West