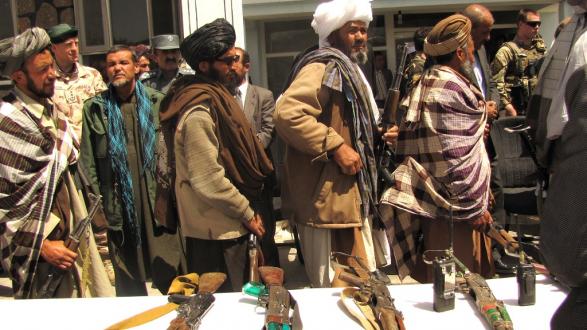 A webcast about the state of U.S.-Taliban negotiations.

Shamila Kohestani is a senior program officer with Democracy Council in Los Angeles and manages multiple programs supporting gender rights and civil society in the MENA and S Asia regions. She is one of the most prominent Afghani human rights activists and the former captain of the Afghani National Women’s soccer team. Read more.

Dr. Barnett R. Rubin is a Senior Fellow and Associate Director of CIC, where he directs the Afghanistan Pakistan Regional Program. From April 2009 until October 2013, Dr. Rubin was the Senior Adviser to the Special Representative for Afghanistan and Pakistan in the U.S. Department of State. Read more.

Thomas Zimmerman is the Director of Programs at the Pacific Council on International Policy, where he oversees programing for Council members and the general public. He started his career working in Kabul, Afghanistan, with American Councils for International Education. Read more.

THE MILITARIZATION OF LAW ENFORCEMENT
THE 23rd ANNIVERSARY OF THE HANDOVER & THE FUTURE OF HONG KONG
THE FUTURE OF U.S.-ISRAEL RELATIONS & ISRAELI FOREIGN POLICY