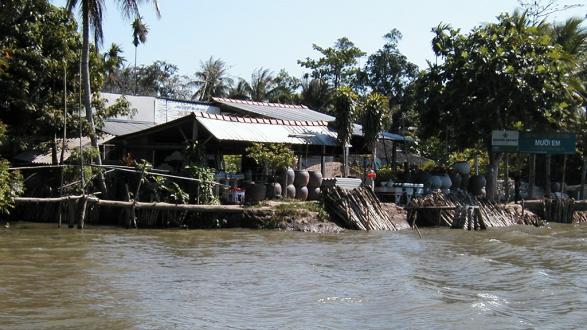 Transboundary rivers such as the Ganges, Indus, and Mekong have defined the geography, history, and culture of South and Southeast Asia for centuries and are critical to economic growth, food and energy security, and sustainable development within the region. But over the last few decades, these rivers have come under considerable pressure from industrial development, urbanization, population growth, and environmental pollution.

This situation has been compounded by poor domestic management of water resources and increasing variability in rainfall and climate patterns that have made South and Southeast Asia highly susceptible to floods, droughts, and natural disasters. A 2015 UN World Water Development Report warns that by 2030, only 60 percent of the region’s demand for water will be met by existing resources at the current rate of use. Water scarcity is already a daily reality for many South and Southeast Asians.

A CONVERSATION ON THE 'QUAD'
WHAT ARE THE GEOPOLITICS OF ILLEGAL, UNREPORTED, AND UNREGULATED FISHING?
NO BREAD, NO PEACE: FOOD SECURITY AS FOREIGN POLICY