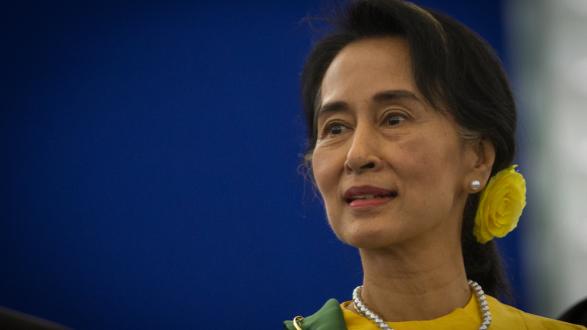 A Situation Briefing on the unfolding military coup in Myanmar (Burma), including the arrest of leader Aung San Suu Kyi.

Dr. Green is the President and CEO of the Pacific Council. He is also a Research Professor of Communications at the University of Southern California. He also served as the Director of International Programs and Development at the RAND Corporation where he oversaw the activities of the Center for Asia-Pacific Policy as well as the Center for Russia and Eurasia. Read more.

Myanmar's military seized control of the country's government on Monday, February 1, 2021, detaining civilian leader and Nobel laureate Aung San Suu Kyi in the process. Power now rests in the hands of Commander-in-Chief Senior Gen. Min Aung Hlaing. This move marks a sharp reversal in the country's progress towards democracy, which—after languishing under five decades of military rule—made significant progress in 2015 with the election of Aung San Suu Kyi to the country's highest office, State Counsellor. Join us as we host Lt. Col. U.S. Army (Ret.) Dr. Miemie Winn Byrd to discuss what the coup in Myanmar means for the country, the region, and the United States.

BEHIND THE SCENES OF COLOMBIA'S HIGH STAKES PEACE DEAL
NO BREAD, NO PEACE: FOOD SECURITY AS FOREIGN POLICY
COVID-19 AND IMMIGRATION AT THE U.S.-MEXICO BORDER