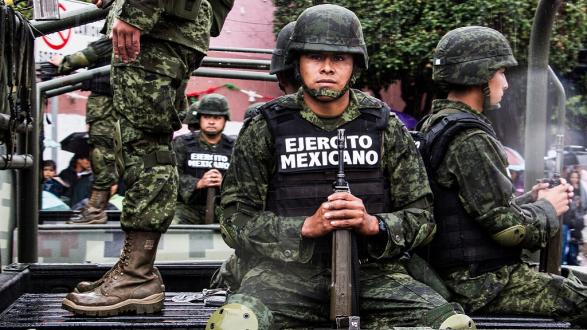 Read a summary of this event.

A teleconference on Mexico's new approaches to national security and prospects for U.S.-Mexico security relations.

From 2014 to 2016, Aljenadro Hope was editor of security and justice at eldailypost.com (a Mexican specialized media outlet in English). He is former Director of Security Policy at the Mexican Competitiveness Institute, a Mexico City-based think tank. Prior to his current assignment, he held a number of executive positions at the Center for Investigation and National Security, Mexico’s civilian intelligence agency. Read more.

COVID-19 AND IMMIGRATION AT THE U.S.-MEXICO BORDER
HOW SHOULD PRESIDENT-ELECT BIDEN RESPOND TO A RISING CHINA?
WORLD IN DANGER WITH AMBASSADOR WOLFGANG ISCHINGER