BEHIND THE SCENES OF HUMANITARIAN + CONFLICT RESPONSES 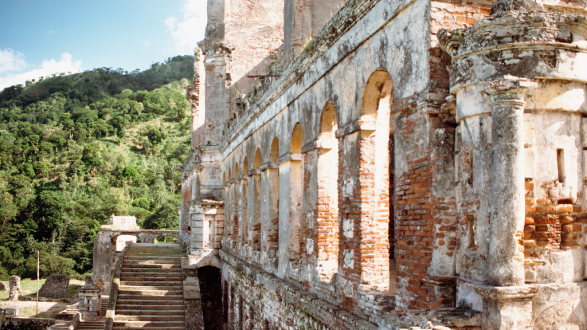 An exclusive Sustaining Members dialogue about humanitarian responses in Colombia and Haiti, with behind-the-scenes insight from field leaders.

If you are a Sustaining Member who would like to watch this conversation, reach out to us at engage@pacificcouncil.org.

Susan Reichle joined IYF in 2017 as President and Chief Operating Officer. She came to the organization with 25 years of experience leading USAID policy development and programs overseas and in Washington, D.C. In her most recent position, she served as the Counselor to the Agency, USAID’s most Senior Foreign Service Officer, and advised the Administrator and senior leadership on key global development policies and management issues. She also oversaw the Agency Coordinators for Youth, Countering Violent Extremism, and Local Solutions while communicating on a regular basis with 80 USAID Missions around the globe. As Assistant to the Administrator for Policy Planning and Learning, Susan spearheaded development of USAID policy development, including the agency’s first Youth and Development Policy.

She also oversaw USAID’s response to the 2010 Haiti earthquake as Acting Assistant Administrator for Democracy, Conflict, and Humanitarian Assistance (DCHA) in Washington. As Mission Director and Deputy Director in Colombia, Susan led USAID’s largest mission in the western hemisphere and worked closely with the Government of Colombia to devise and implement a new strategy to consolidate presence of the Colombian government in conflict and post-conflict zones. In Russia, Susan oversaw one of USAID’s largest democracy portfolios in the world, including launching the agency’s first direct human rights program in that country. As one of USAID’s first democracy officers, she designed and promoted electoral and democratic reforms in Haiti and Nicaragua. She has a master's degree in National Security Strategies from the National Defense University’s War College and master's degrees in International Development Appropriate Technology and Government Administration from the University of Pennsylvania. She is an adjunct professor at Carnegie Mellon University's Heinz College. Susan lives with her husband and two children in Virginia and serves as a volunteer lacrosse coach at McLean High School in McLean, Va.