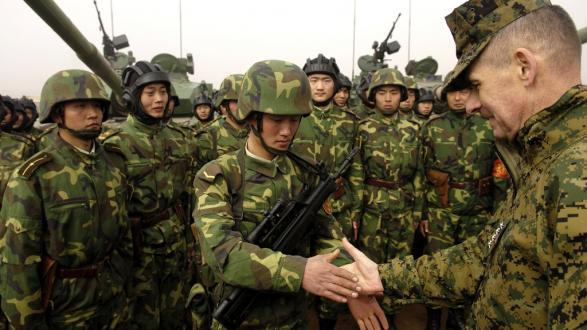 The third installment of the Edgerton Series on Responding to a Rising China, featuring Dr. Jonathan D. Pollack of the Brookings Institution's Thornton China Center.

China’s reemergence as a major power has triggered increasingly intense debate in U.S. policy circles about Beijing’s national security strategy. The Trump administration defines China as a revisionist power whose strategic goals, military capabilities, and economic power pose an inherent and growing risk to U.S. security interests that warrant a comprehensive response from the United States.

But has the United States fully and accurately assessed China’s long-term national security goals and the factors contributing to its policies? What are the animating fears underlying U.S. thinking? In what ways is U.S. policy influencing Chinese strategic choices, or is China on a fixed course independent of U.S. actions?

Jonathan Pollack is a nonresident senior fellow in the John L. Thornton China Center and Center for East Asia Policy at the Brookings Institution. Between 2012 and 2014, he served as director of the John L. Thornton China Center. Prior to joining Brookings in 2010, he was professor of Asian and Pacific Studies and chairman of the Strategic Research Department at the U.S. Naval War College, Newport, Rhode Island. Pollack’s principal research interests include Chinese national security strategy; U.S.-China relations; U.S. strategy in Asia and the Pacific; Korean politics and foreign policy; Asian international politics; and nuclear weapons and international security. Read more.

Melissa Etehad previously worked at Al Jazeera English and the Washington Post’s foreign desk, where she covered the intersections of politics, religion and gender. Read more.