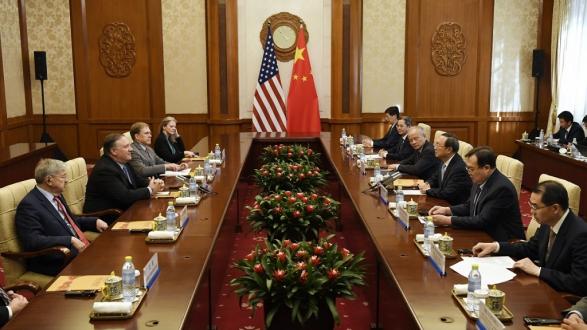 The second installment of the Edgerton Series on Responding to a Rising China, featuring a panel discussion on the recent Asia Society-UCSD report, Course Correction: Toward an Effective and Sustainable China Policy, in partnership with Asia Society Southern California, the Annenberg Foundation Trust at Sunnylands, and UC San Diego’s 21st Century China Center.

The report offers recommendations for American policymakers on finding the balance between seeking common interest, while pushing back against China’s increasingly assertive policies on trade, economics, security, global governance, human rights, and overseas influence activities. The panel is comprised of some of the nation’s foremost China experts.

Susan Shirk is a research professor and the chair of the 21st Century China Center at the UC San Diego School of Global Policy and Strategy. She is one of the most influential experts working on U.S.-China relations and Chinese politics. Read more.

Barry Naughton is one of the world’s most highly respected economists working on China. He is an authority on the Chinese economy with an emphasis on issues relating to industry, trade, finance, and China's transition to a market economy. Read more.

David Lane is a senior diplomat who served as the U.S. Ambassador to the UN Agencies in Rome. Read more.