BEYOND THE HORIZON: DIVERSITY AS A NATIONAL SECURITY ISSUE 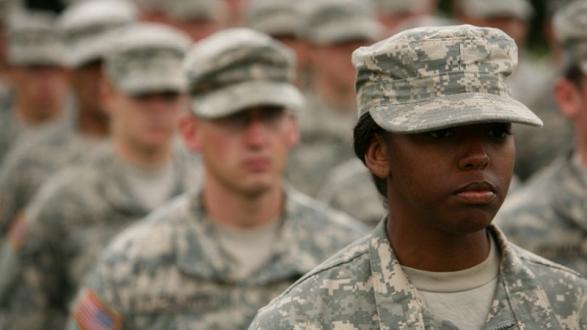 A panel discussion as part of the Beyond the Horizon summit, on the importance of diversity in strengthening U.S. national security, in partnership with the Leadership Council for Women in National Security.

Research shows that women’s direct participation in peace negotiations increases the sustainability and quality of peace, and groups with a high level of diversity make better decisions and operate more innovatively than homogeneous groups. This session will explore why a diverse workforce is essential to improving U.S. foreign policy and national security decision making, and the barriers that have prevented the development of a workforce that better reflects the diversity of the country.

Dr. Wittes is a senior fellow in the Center for Middle East Policy at Brookings, where she focuses on U.S. policy in the Middle East. Wittes served as deputy assistant secretary of state for Near Eastern affairs from November of 2009 to January 2012, coordinating U.S. policy on democracy and human rights in the Middle East during the Arab uprisings. Read more.

Ambassador Jenkins was nominated by President Barack Obama in April 2009 and confirmed by the U.S. Senate in June 2009 as the Department of State’s Coordinator for Threat Reduction Programs in the Bureau of International Security and Nonproliferation. Read more.

Thomas Zimmerman is the Director of Programs at the Pacific Council on International Policy, where he oversees programing for Council members and the general public. Read more.

WORLD IN DANGER WITH AMBASSADOR WOLFGANG ISCHINGER
THE UNITED STATES AND THE FUTURE OF 5G WITH FCC CHAIR AJIT PAI
POLICYWEST 2020: GEN. LORI ROBINSON ON U.S. NATIONAL SECURITY PRIORITIES IN 2021