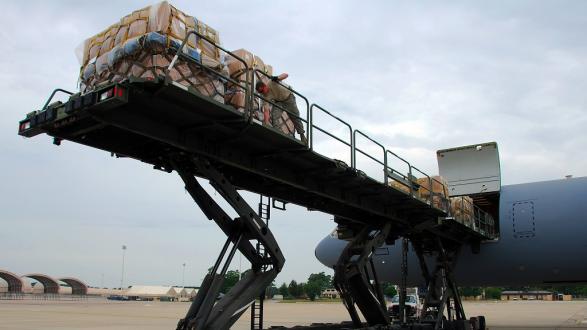 Foreign policy experts have grown understandably cynical over Afghanistan’s prospects in recent years. Despite spending billions of dollars on military and aid efforts, the Taliban and the Islamic State have maintained a steady tempo of deadly bombings, with little to no sustainable economic growth. The Taliban has famously told the United States, "You have the watches; we have the time." It is true that our watches in Afghanistan will eventually run out, but who owns the country’s time depends on the institutions left behind.

Gardens have deep historical and religious significance in Afghanistan. In Islam, gardens are a symbol of paradise, a hopeful reminder of the world to come. Kabul, once known as the "City of Gardens," still features numerous small gardens surrounded by tall walls and razor wire, providing havens for Afghanis seeking contemplation and rest.

Gardens are also an apt metaphor for how good institutions can form in Afghanistan. Institutions won’t grow by military strikes alone, any more than gardens will grow by just pulling weeds. We can’t form good institutions for the entire nation anytime soon, just like gardens can’t begin too large when the soil is hard and the environment is hostile. They must begin in small protected seedbeds with well-cultivated soil.

SEZs can serve as those seedbeds and gardens for Afghanistan. My team at Politas Consulting, set out a transformative strategy for SEZs in Afghanistan earlier this year that would create the conditions for stability and inclusive economic growth. SEZs can achieve this in three ways.

First, Afghanistan’s SEZs must go beyond the typical thinking for such zones by establishing governance institutions that support organic private-sector development. Too often, SEZs focus exclusively on tax and trade incentives, not on institutions. Current plans for SEZs in Afghanistan near the Kabul airport are no exception. Zones that rely on tax incentives often become net-losers—draining public funds, misallocating resources, and encouraging corruption and cronyism—ultimately harming the country in the long run.

Daron Acemoglu and numerous other economists have identified institutions as the key drivers of success or failure of societies. SEZ institutions include rules and administrative agencies that make doing business simpler, cheaper, and more transparent. These institutions empower people to turn inspirations into organizations, slums into healthy communities, and bleak prospects into boundless potential.

Second, Afghanistan’s SEZs must align political incentives with economic success instead of corruption. Corruption is endemic in Afghanistan because political leaders benefit more from it than economic growth. In successful political economies, politicians benefit when they promote inclusive economic growth and a broad distribution of public goods. Economic growth leads to tax revenue, which can fund necessary public goods, like education, infrastructure, regulation, courts, and security.

Effective SEZs help political leaders see that they have more to gain from their country’s prosperity than from corruption. The new rules in an SEZ apply only to a small area at first, proving the benefits of good institutions while avoiding political conflict with interests bent on preserving the general status quo. Gradually, as the SEZ thrives, revenue builds, enabling investments in the broader public rather than in well-connected cronies, and showing political leaders that economic inclusion is a better path to power than rent-seeking.

Third, military efforts should be re-focused on protecting these SEZs. Currently, NATO is spending its resources trying to weed out terrorism throughout the country, but the "weeds" keep reappearing as frequently as before. Instead, it should concentrate resources around preserving the institutions and economic growth sprouting up within the new SEZ "gardens." This includes security and screening measures, intelligence gathering, and defense of the transportation and utilities infrastructure upon which the SEZs depend.

Afghanistan can pave the way for nationwide institutions that promote economic growth and sap the life from corruption and terrorism.

Many people are understandably pessimistic about economic development schemes for Afghanistan. Institutionalized corruption, persistent violence, and aid- and natural-resource dependency are deeply rooted problems. However, good SEZs can transform the soil in which these problems grow, making them gradually wither and die. SEZs can reduce corruption by changing the political calculus so politicians benefit more from growth than corruption. They can reduce violence by creating productive and life-giving opportunities for the poor. And they can establish an environment to support new, productive industries formed by local entrepreneurs and foreign investors.

Over time, the institutions cultivated in SEZs will gain strength and propagate throughout the country. China and the UAE have set an example by introducing economic reforms in SEZs that were later adopted more broadly. Afghanistan can do the same and pave the way for nationwide institutions that promote economic growth and sap the life from corruption and terrorism. Good institutions, nurtured first in SEZs, can radiate outward like a spreading garden, creating a peaceful and flourishing nation that is winning the battle for time.

Michael Castle Miller is a Pacific Council member and has helped develop special economic zone programs for over sixteen countries in the Middle East, Southeast Asia, Latin America, and Africa. He is the CEO of Politas Consulting and the executive director of the non-profit Refugee Cities.