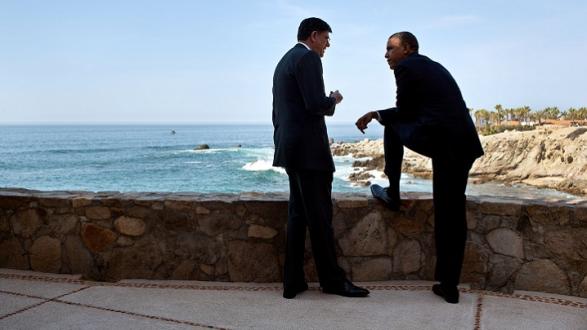 As national debts rise and governments seek additional sources of revenue, identifying tax evaders is more attractive than ever. Thanks to globalization and technology - and a new law called FATCA - Washington is redrawing the rules on banking transparency, enhancing the U.S. government's ability to catch tax dodgers. But with expensive implementation costs for financial institutions and unintended consequences for American citizens overseas, do the benefits outweigh the problems? Or could the era of banking secrecy really be over?

TRANSPARENCY in the world of banking has long been the Holy Grail of those seeking to combat corruption and tax evasion.

Secret bank accounts allow dictators to hide ill-gotten gains from impoverished citizens and act as receptacles for money laundering or to pay bribes. But such accounts have been accepted as a fact of life which only the quixotically naive would seek to challenge - until recently.

Governments began to respond as evidence from former bank employees about the number of tax evaders and the value of hidden fortunes was revealed.

G20 Summit leaders agreed in 2009 to Organization for Economic Cooperation and Development (OECD) guidelines on internationally agreed standards for banking transparency in an effort to crack down on tax havens. Countries which failed to comply with the guidelines were ‘named and shamed’ within hours of the G20 agreement.

This has matched a growing public intolerance for banking secrecy and tax havens, which are perceived to help only the wealthy while those less well-off bear the full brunt of government austerity measures.

The United States took a much tougher position than the OECD, which focused on Common Reporting Standards (CRS) and Exchange of Information on Request (EOIR). This only allows governments to request information on a specific individual who has been independently drawn to their attention.

In contrast, the US wanted foreign financial institutions (FFIs) to act as the long-arm enforcement mechanism of the Internal Revenue Service (IRS) and pro-actively report on all US citizens with overseas accounts anywhere and everywhere in the world.

The US Congress passed the Foreign Account Tax Compliance Act or FATCA in 2010 in order to achieve this. FATCA requires all foreign financial institutions to report to the IRS on financial accounts held by US citizens, or foreign entities in which US citizens have a substantial ownership interest.

Rather than ‘naming and shaming,’ the US method of enforcement is to withhold 30 per cent of US-source revenue, such as interest and dividends, from foreign financial institutions if they do not both register with the IRS and agree to report on holdings by US citizens.

FATCA also requires US citizens, and green-card holders - permanent residents who are not US citizens - to self-report information about their foreign held financial accounts or assets if they are above a threshold amount - with stiff penalties and fines for non-compliance.

The complexities involved with implementing FATCA have been enormous. In many countries, banks and other financial institutions are forbidden by law to reveal private information to foreign governments.

Many governments have balked at the onerous and expensive burden put on their financial industry.

But the fear of being locked out of the US financial system as well as the promise of reciprocity has convinced many governments to sign up.

The result is numerous Inter-Governmental Agreements (IGAs) between the US Department of Treasury and individual countries to hammer out the exact terms of the arrangement.

It has also resulted in a re-evaluation of the value of US customers to financial institutions. Many have dropped their American clients despite often decades-long relationships - or now require a minimum deposit or investment to make it worth their while to master and enact all the US reporting requirements.

FATCA’s main target was wealthy US citizens living in the US who were hiding money from the US tax authorities overseas. A secondary group was American citizens who were resident overseas and therefore logically had accounts in their country of residence.

A common stereotype in the US is that ‘ex-pats’ are small in number, uniformly well-off and likely to be shielding riches from the IRS in undeclared bank accounts. There is also a general sense that such individuals are ‘unpatriotic’ by living overseas in the first place and should not escape paying their fair share of taxes.

The reality is that more than seven and a half million Americans live overseas. This would make them the 13th largest state in terms of population in the US, and the majority does not make enough money to pay taxes above and beyond any tax treaty threshold amount.
As overseas Americans hail from across the 50 different United States, no one member of Congress represents them all and few congressmen would want to take on ex-pats as their cause celebre and appear to be protecting ‘fat cats’.

The unintended consequences for this group of US citizens have been vast. Reports of Americans unable to open bank accounts overseas or being asked to take their investments or pension funds elsewhere are numerous.

The effects are particularly burdensome due to US tax policy which is based on citizenship rather than residency.

The US is the only country in the world - apart from Eritrea - which uses ‘CBT’ or Citizen-Based Taxation over ‘RBT’ or Residence-Based Taxation.

The result is that overseas Americans are taxed in the US on their global earnings, which creates inequities even if they owe no tax due to a double tax treaty, where income under a certain amount is not taxed.

The no-capital-gains-tax policy on the sale of one’s main residence, which exists in many countries, is not available for US citizens who have to pay capital gains tax in the US on the sale of their overseas property. They also pay tax on any exchange rate differential which might have occurred in favor of the US dollar from the time they took out their non-US currency mortgage until the time they sold it.

Most individuals would be oblivious as to what the US dollar exchange rate was, particularly if all their income and transactions, including the mortgage, were in the local currency.

Non-Americans are also affected because FATCA requires reporting on any account where a US citizen is a signatory.

For married couples this can be problematic as well as awkward. For example, if an American is a signatory on her husband’s account it must be reported via a Foreign Bank Account Report (FBAR) annually to the US Department of Treasury - in addition to reporting the account to the IRS when submitting her taxes.

Preventing exposure of her non-American husband’s separate account - for which he pays taxes in his country of residence - to the US tax system would require removing her signatory powers over it and thus exposing the wife to obvious vulnerabilities.

The same holds true for an American who may be, for example, Chief Financial Officer of a non-US business. The business would need to file its accounts with the US Department of Treasury because an American has signatory power. The same applies to any overseas American in a leadership position, from chairman of a voluntary neighborhood organization to the chief financial officer in a hospital. They would need to report the account to the US government as long as they have signatory authority over a foreign account above a certain amount.

The cumulative effect is to make Americans toxic both personally and professionally and many Americans have concluded that their only option is to give up their US citizenship.

The Mayor of London, Boris Johnson, a possible future Tory Prime Minister in the UK, is an ‘accidental’ American - he was born in New York while his father was working there temporarily, and is a typical example. He was hit with an unexpected tax bill from the IRS when he sold his London home.

Now he has announced he plans to give up his US citizenship - a route which has become more expensive and difficult because of the large increase in Americans seeking to do this.

The US Senate Financial Committee is currently reviewing tax reform and some politicians have advocated repealing FATCA or moving to a residence-based tax system.

Initial estimates of how much money FATCA would garner have been lower than projected, and the costs higher, although much of this has fallen on foreign financial institutions and not the US government.

There is also the uncomfortable fact that much of Latin America off-shores its money in the US and the state of Delaware, in particular, enables the creation of the sort of shell companies which obscure otherwise taxable wealth.

However, it appears that the lure of additional funds for government coffers, as well as the elimination of the potential to shield money in the future, will prevent FATCA being dismantled.

As more countries recognize the benefits of being able to identify their own potential tax evaders, a shift from rejecting to embracing FATCA has occurred. Initial hostility towards the US heavy-handed approach and thoughts of moving away from the dollar has been abandoned.

In fact, the OECD, encouraged by the stiffer FATCA obligations, is similarly toughening its guidelines to require Automatic Exchange of Information (AEOI) rather than only ‘on request’ responses.

It is also apparent that the OECD guidelines have resulted primarily in the shifting of deposits from one tax haven to another and, that without universal requirements as the US has enacted, the system will not achieve its purpose.

Financial institutions are continually increasing their technical ability to collect data in order to comply with increasing government demands for more information such as ‘Know Your Customer’ (KYC) policies which help prevent identity theft, money laundering and terrorist financing. The expansion of this capability is likely to continue in order to create a universal system which allows compliance with both FATCA and OECD regulations.

This could still leave a few countries willing to operate as tax havens. But, as they would have to be operating outside the recognized financial systems, they would be unlikely to afford the sort of stability, trust and rule of law advantages which existed in the past and would therefore not be attractive to the wise investor.

Professor Colleen Graffy is an Associate Professor of Law at Pepperdine University School of Law, a qualified English barrister, and a member of the Pacific Council on International Policy. Professor Graffy served in the second Bush Administration as Deputy Assistant Secretary of State for Public Diplomacy for Europe and Eurasia at the U.S. State Department.

For more information on this topic, see Professor Graffy's Wall St. Journal article How to Lose Friends, Influence and Citizens.

Republished with the permission of Geopolitical Information Service - www.geopolitical-info.com.