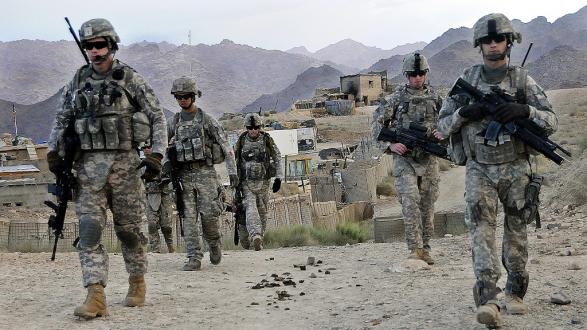 Eight years ago, I wrote in the Seattle Times that the time had come after a decade of conflict and the loss of 1,400 American lives to cut our losses in Afghanistan. My column concluded on a dour but realistic note:

“Pulling out of the conflict will lead to instability, tribal warfare, and perhaps a re-establishment of the noxious Taliban. But if the alternative is an open-ended commitment to prosecute an expensive war, indefinitely sustaining American casualties while propping up a corrupt regime, the answer must be to remove all of our ground forces in the next 12 months.”

This past week, in a series called the “Afghanistan Papers,” the Washington Post reported that scores of U.S. Army commanders at all levels gave up on the war a long time ago, manipulated statistics to please political leaders, and never thought they had a defined mission that the war in Afghanistan could be won. These problems persisted through the presidencies of George W. Bush, Barack Obama, and now Donald Trump.

Today, the U.S. death toll stands at 2,400 dead and over 20,000 wounded. Over 100,000 Afghans have been killed. The United States has spent over $1 trillion over the past 18 years in a country that seems to soak up foreign aid like a sponge, diverting much of it to kleptocratic Afghan officials, as underscored by the recent report.

We can only imagine what this sum—equivalent to over one quarter of our total annual federal budget—would have brought in terms of addressing urgent domestic needs, such as dealing with the homeless crisis or investing in public education. Yet our leaders collectively continue to make the decision to divert our tax dollars to a program that shows no sign of progress and in fact is sliding deeply into reverse.

No American leader wants to be blamed for “losing Afghanistan,” despite the fact that “winning” has never been adequately defined. [But] the United States has now engaged in this troubled foreign land for 18 years.

Why can’t we extricate ourselves from this conflict despite all evidence that the war cannot be “won” in a conventional sense and that the cost in blood and treasure is simply too high? Three reasons stand out:

First, no American leader wants to be blamed for “losing Afghanistan,” despite the fact that “winning” has never been adequately defined. President Bush might have declared “Mission Accomplished” after driving Osama bin Laden into the hills and concluding that a long war of attrition would not serve our military goals. Yet Bush, Vice President Dick Cheney, and their coterie of War Hawks could not devise a strategy that could limit our commitment of military force and extricate our soldiers on a reasonable timeline. Seven years passed.

Under President Obama, we spent another eight years testing various “nation building” strategies and attempting to shift the fighting burden to recruited Afghan soldiers. As the Post reported, our Afghan recruits often consisted of Taliban spies, drug addicts, and mercenaries. Another eight years passed. Now we have our most inconsistent president attempting to negotiate a peace settlement with the Taliban, while still attempting to “stabilize” the country. Perhaps President Trump will simply make the claim that he “won” in Afghanistan and disavow any responsibility for the aftermath.

Second, the conflict in Afghanistan became conflated with the “War on Terrorism.” Shortly after our invasion of Afghanistan under Operation Enduring Freedom in October 2001, it became impossible for U.S. politicians to criticize the Afghan war without being accused of being soft on terrorism and not being willing to make the investment we needed to bring Osama bin Laden to Justice. After bin Laden’s death in the American raid of May 2011, we might have again declared “Mission Accomplished,” but despite efforts to scale down our troop levels, prosecution of our longest war continued.

We need to have the courage, as a nation, to soberly assess the situation and accept our strategic limitations, even if this means the inevitable resurgence of the Taliban and the beginning of a new civil war after we depart.

Finally, as in the Vietnam War, we lack the tools to adequately measure and understand the strength of a guerrilla insurgency that is committed to outlasting a foreign foe, whether they wear the uniform of the United Kingdom, Russia, or the United States. The best and brightest minds in the Pentagon can invent statistics that purport to gauge pacification or the degradation of enemy forces, yet these will always be susceptible to political manipulation.

In a war without defined fronts, our decision-makers remain at the mercy of vague and misleading statistics, frequently disputed by either the military or intelligence services. At the very least, our military and civilian colleges should focus on this enduring problem in our study of history and political science so that the mistakes of the past are not repeated in the next generation.

The United States has now engaged in this troubled foreign land for 18 years. We need to have the courage, as a nation, to soberly assess the situation and accept our strategic limitations, even if this means the inevitable resurgence of the Taliban and the beginning of a new civil war after we depart.

Alex Alben is a Pacific Council member, a technology executive, and a visiting professor of law at UCLA.